Tom Clancy Ghost Recon games have been around for a while and in many guises, personally I have preferred the more recent future-now takes on the genre, but Wildlands is bring that back to Ground Zero. Throwing your hand built protagonist and his three teammates into a quest to clean up Bolivia on a wave of destruction.

Sounds great so far and mostly it is.

Having avoided the Beta preview I went into Wildlands blind and without any preconceptions. Straight off the bat I was impressed by the scope of the environment. Being offered a huge open world to tackle as you see fit is a great thing in anybody eyes and you don’t have to look far into your back catalogue for top notch titles that have offered similar experiences.

Those related? Mercenaries, Just Cause series, Far Cry and The Division to name a few. Wildlands has ambitiously taken some of the high concepts from each of these and spun them up with a healthy dose of online play.

So, Bolivia is a playground of destruction where you can mix it with your friends. Hell Yeah!

The UI is pretty clean with plenty of inspiration being drawn from The Division for controls, perspective and action buttons. That’s not really a bad thing, where the line is drawn between the two is that the enemies die when they are shot – no bullet sponges here. This is a good thing. Graphically Wildlands loses out, not having the crispness of The Division’s look, but pop-ins aside the scope of the world makes up for that. The concept with Wildlands is a social one, giving you the ability to team up with friends and have fun playing the game. There is something to be said attacking a target strategically, sneaking into a base while your Sniper friend overwatches for danger. Then everybody making a break in vehicles when the job is done whether that is by car, truck, bike or helicopter. It can get a bit crazy, especially when four humans don’t chat and do their own things. When you watch the reveals or trailers, it all goes like clockwork – in reality the human factor can often let you down.

Being a true Ubisoft title it doesn’t take long for the massive map to be cluttered with jobs to do, they are all easy diversions and don’t feel like things to avoid. Being somewhat nosey in games I am often en route to some encounter and suddenly find myself trying to steal a helicopter from a base that popped up, regardless that I will only fly it into the side of a mountain. Must be a skill that I need to enhance in the relatively deep character customisation tree. Performing side missions give you a mix of rewards be it full, medical or food supplies. These rewards are consumed as you take delivery from the merchant screen, just remember to keep enough in hand for a mystery encounter. One area here it feels lacking is stealth, yes it’s a Ghost Recon game, but inevitably the status quo is Weapons Loud. Sneaking into location is all well and good if you have patience, but being a tough ass Ghost in Bolivia I find subtlety goes straight out the door. Especially when the guy that lent you the car is probably dead somewhere. Also, given the navigation can often be realistically indirect it certainly feels better to be pumping that vehicle across hills, valleys and mountains. One thing is for sure, the panel beaters of Bolivia will be loving my time there. Your team, when bereft of online help is run by AI, however they clump together and there are times when you wish you had more questions. The AI are pretty good when you are down and need medicating, mainly because they actually do revive unlike human players. They would be so much more useful if instructed individually or you could switch between them and set them up with their own kill zones.

Overall I am enjoying Ghost Recon more and more each time I play it, I can forgive the line of sight mechanic being almost irrelevant and forget that I ever mentioned how good it would be to get  an open world game that didn’t require you to be busy doing work.

Wildlands is brave, ambitious and a truckload of fun. 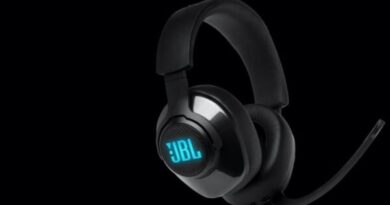