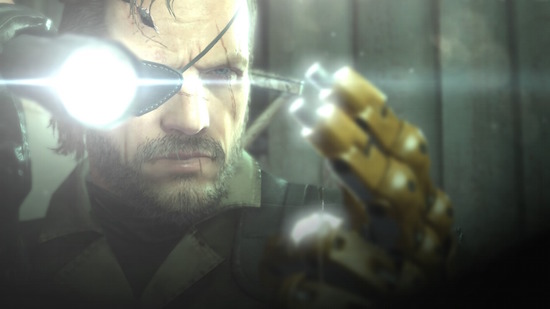 Unless you have been living inside a cardboard box, a very stealthy cardboard box, you would know that the latest Metal Gear Solid has recently hit gaming systems. and has been sucking up many, many hours of my life…and its been awesome.

Unsurprisingly true to form this latest Hideo Kojima outing has been designed around stealth gameplay and it stacks up as the best sneaky-sneaky of the series. MGS5 has found that sweet spot in making concessions on realism to create more enjoyable moment to moment gameplay. MGS has always been all about the sneaking, but if “Snake” ever had to go toe to toe in a shoot-out he would be gunned down in seconds or have to run away and hide in a dumpster waiting for a timer to run down.

MGS5 has fixed all that!! Now, at the moment a players stealthy plan goes to crap, the switch from a puny non-lethal pistol to an assault rifle, grenade launcher or even calling in an air strike, is slick and Snake can easily deal death with efficiency and impunity.

The changes that give Snake the ability to rain down havoc and destruction would for a stealth series essentially break the tactical side of the game, but Kojima and his team are smart cookies and have cleverly given the illusion of choice building on the design choices of MGS: Peace Walker. Snake’s base of operations, “Mother Base”, is where his mission support, weapons R&D and resources all come from. But Mother Base needs staff. Where do these staff come from? You guessed it. By kidnapping enemies to become Mother Base lackeys during campaign missions and later in the game by infiltrating the bases of other players in a unique 1 vs 1 online setting. Killing enemies means you can’t level up Mother Base and cuts out any long-term gains, that’s where the Fulton Balloons come in. The Fulton was a real 1950s CIA device for extracting people out of a ‘hot zone’, using a plane to catch a rope suspended under a balloon. Kojima has ‘cartoonified’ the idea into a way of extracting almost anything of value in the open world and sending it back to Mother Base. Skilled enemy soldiers, guns emplacements, vehicles, shipping containers and Zebras. All have value in one way or another. Later on, skilled soldiers can be sent out on missions in Snake’s place to earn GMP (Currency) or even attack enemy equipment factories. This can affect the game-world, such as enemies not have access to helmets for a while, meaning Snakes headshots in missions are far more effective. The scope of MGS5 is massive, in both gameplay and the overall worlds mechanics. After an initial hour or so of (whacky) story focused intro and tutorials the game opens up with the simple goals of rebuilding your private army at Mother Base and finding leads on the  mysterious “Cipher”. That’s as far as I will go with the story as my word limit won’t even put me close to trying to explain what the hell is going on and why.

Tip: watch some of the many YouTube “Metal Gear Solid Explained” vids.

So, with Mother Base on the rebuild, money, men and resources are required. Missions get offered up, either story missions or just side missions, all with specific rewards of GMP, new weapon blueprints or talented staff. Choosing which mission, what gear to take, who your mission buddy will be and where the chopper will drop you off, is all done via the hand held device, the iDroid. Once again Kojimas design slickness comes to the fray. Everything is done in the iDroid menu, with only 3 tabs and super-intuitive controls, managing a huge amount of games systems is a breeze. Another big change for a Metal Gear game is having ‘Buddies’ joining the player and offering unique skills. A horse for fast transport, a tame wolf highlighting enemy locations, a mini Mech walker for mobile fire-power and probably the best known of the lot, Quiet, a bikini clad sniper. These buddies can be levelled, customised and even swapped out mid-mission depending on what the player needs at a certain time. Here is how the gameplay loops goes. Open the iDroid, check on Mother Bases status, move some staff around and get R&D to develop a new weapon etc.. Then choose a mission which could involve sneaking into a power station, extracting a target or blowing up a building. Before choosing the choppers drop off point. Choose the music you want to play as the chopper prepares to land. My go-to was “Rebel Yell” by Billy Idol – 80s gold right there! Select a buddy and drop into the open world. From that point the player can go anywhere, do anything. The open world has similarities to the FarCry games, specifically Far Cry 2. Towns and outposts that will have prisoners to save, skilled soldiers to Fulton or resources to collect. Getting side-tracked is inevitable and brilliant. When the missions done, keep exploring, start another mission or call for a chopper extract. The detail of the world, the animations and textures are stunning, my PS4 loved every minute. The voice work is solid enough and I get a kick every time Keifer Sutherland grumbles out a line for Snake aka “Big Boss”. But, I think he was getting paid by the word or syllable, and Konami really didn’t want to go over budget if you get my drift. The story and characters are not quiet as big and silly as previous MGS games, but tongue is certainly well inserted in cheek. That said, the lines of good taste blur and serious subject matter such as child soldiers are addressed only moments after the player is put in a creepy voyeuristic situation of watching a female taking a shower. Overall, MGS has definitely been westernified in both shooter gameplay and the toning down of the craziness, which for me personally makes the whole package more palitable. So far I have sung the praises of Kojima and his team, as MGS5 is a true achievement. However some things shouldn’t be ignored. The obsession with hyper sexualised female characters is jarring and at times, out right uncomfortable. If a female character is in a cut scene, a cleavage or crotch shot is not far away. The Buddy character of Quiet is probably the best known example of this, but said motif flows through the whole game. The non-gamer and main stream media already hold clichéd ideas of who Gamers are. Most would still imagine us as nerds with thick glasses and no social skills, jerking off too underwear catalogues. And Kojimas obsession with half naked ladies and wobbly boobs does nothing to dispel these inaccuracies. It just seems that a battle hardened, genetically modified sniper, would probably wear more to a firefight than just a bikini. At this part of 2015 I can place my hand on heart and say, the The Phantom Pain is staking up to be my game of the year. As a narrative driven gamer, I find myself not really caring what stage the story is at, or who is doing what. That’s a big deal for me! I just want to be in the world, using the game systems to make my own fun.

That right there is clever and intuitive gameplay design, at its best.