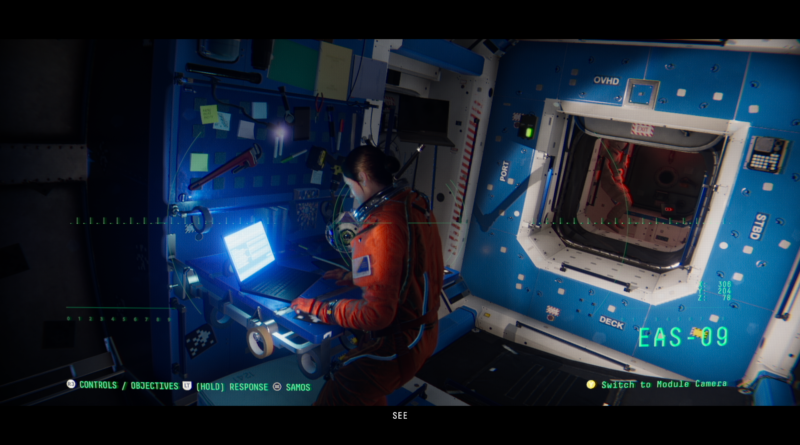 Previously posted at Gerard’s own blog GameJunkieNZ, here’s his view on Observation.

It wouldn’t surprise me if the team behind sci-fi thriller Observation – were fans of movies Alien, Event Horizon and 2001 A Space Odyssey.

The game opens aboard the international space station Observation which is above Earth’s orbit after suffering a catastrophic event. The ship’s medical officer Dr Emma Fisher eventually manages to reboot the ship’s AI Sam [System Administration Maintenance] but Sam receives a strange transmission telling him to “BRING HER”.

Fast forward a bit and after a second event, the Observation finds itself above Saturn, Sam’s core functions compromised and the rest of Observation’s crew missing. Emma tasks Sam with finding out what has happened.