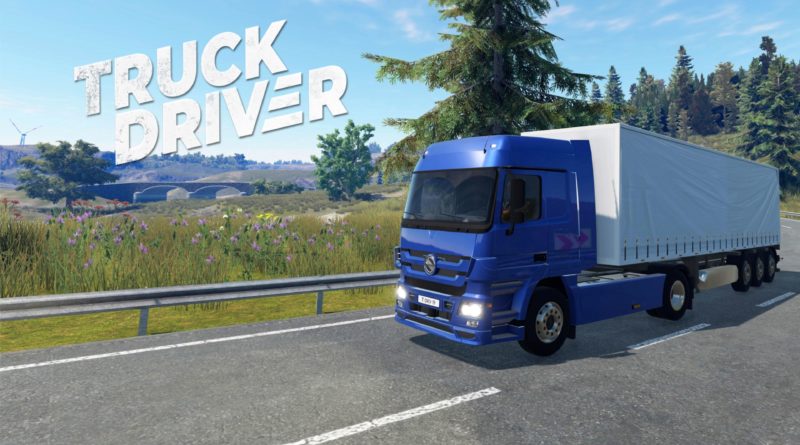 Shooters, RPGs, Sports, Strategy, Racing…these days there is a game genre for everyone and it turns out, there also appears to be gamers who want to drive trucks in their spare time. The simply named Truck Driver from Sodesco is a driving sim-lite, purely focused on driving big rigs in a mix of open road and urban environments. 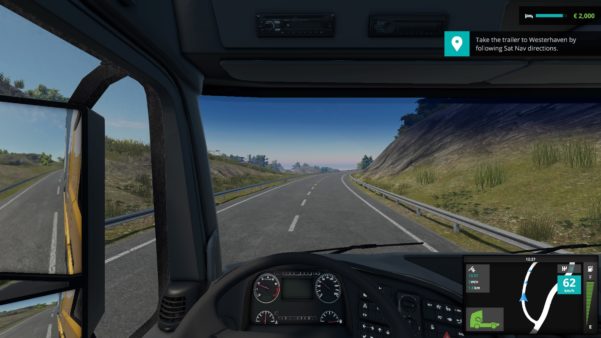 As a niche title in a genre not often seen on Console, I have happily cut this game a bit of slack. Sure it perhaps doesn’t look amazing graphically, but mechanically the driving is super solid and dare I say was actually fun. Now bear in mind, I am a massive Spintires: Mudrunner fan, (it will be in my top 5 of games this gen) so I can appreciate a driving game that is focused on slow, methodical gameplay. That said, Truck Driver lacks the depth, strategy or planning Mudrunner boasts, but it also doesn’t have those wee spikes of frustration that an off-road environment brings. 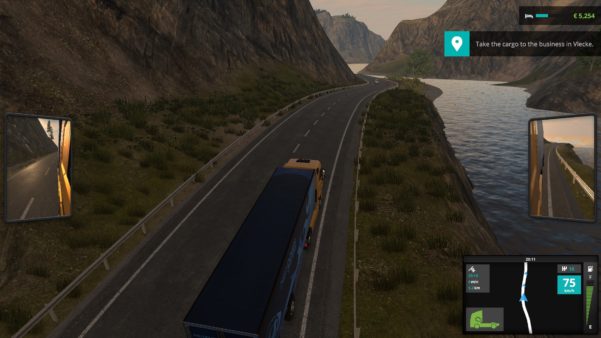 The setup is simple, you own a truck and drive to clients quest makers on the open world map. They then lay out the job to be done via an onscreen text/sms conversation. Do the job, collect a trailer and drive it to a delivery location. Getting paid in return to buy better trucks, add mods, paintjobs and the like. Sure, the odd curve ball is offered up, like delivery locations being changed. Even order cock-ups (just like the real world) but generally it’s pretty simple affair. 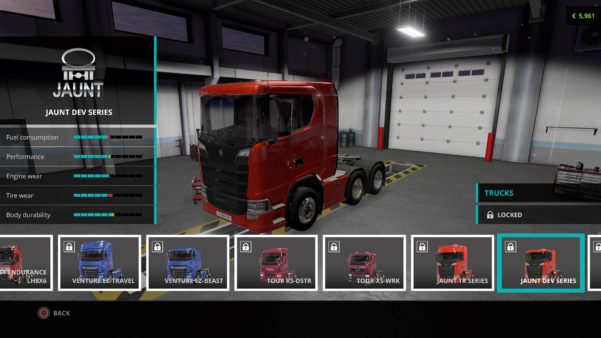 It is a perfect crash out game. Be a truck driver but without the stress of crashing a 30 tonne vehicle. Take your time and enjoy the open road from the luxury of your couch, ideally with a cuppa tea or a beer. It even has steering wheel support! Although I have not seen a full size Truck Driver wheel from Logitech.

The world doesn’t feel alive and graphically it’s far from impressive. The A.I traffic feels very much like it’s on-rails. Obviously it is purely there to get in the way and force gear changes….like a real truck.

It’s a bit shallow. Outside picking up trailers and delivering them around the world, there is nothing else to do. But I guess that’s what the job of a truck driver is, so…yeah. 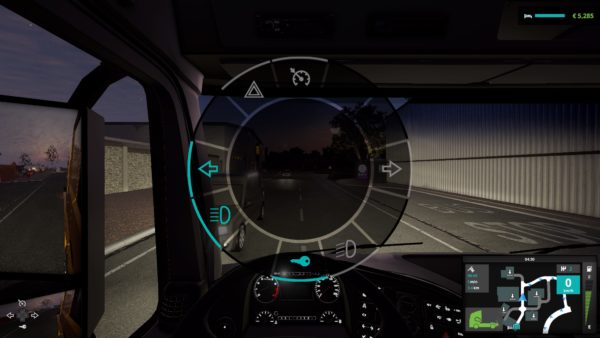 This title offers exactly what is says on the box -Truck Driver. There is no fluff, side tasks or sweeping narrative. The game is a well made sim-lite, it’s pretty much bug free and set at a lower price point. If you like the sound of driving a big truck from A to B delivering stuff. Then put on ya tank top and stubbies, go buy a pie.

This is the game for you. 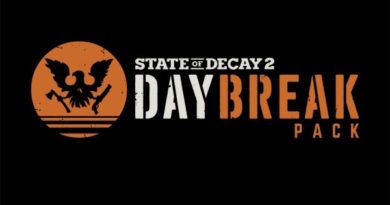 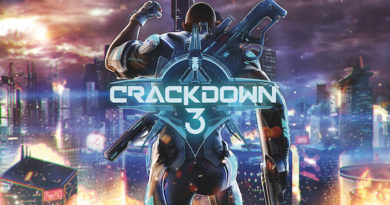 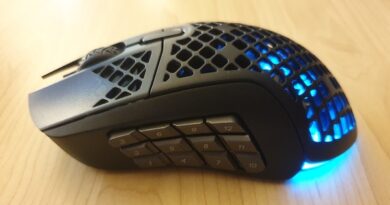