Skip to content
Gaming PS3 xbox360
January 9, 2013January 9, 2013 Richard Armitt 396 Views
2012 was a busy old year both for me personally and in terms of games through the door, looking back and wanting to avoid the cliched ‘Best of lists’ it is fair to say that three titles have really stood out from the crowd.In no particular order here they are:Spec Ops: The Line. Talk about sneaking under the radar, this one hit me from nowhere and proved that intelligent shooters are still possible, adding some spin to the narrative of Hearts of Darkness and dropping the player into a unique and challenging environment this game was a joy. The sandstorms of Dubai lent themselves so well to the ambience and even though there were a few moments of repetition or annoyance (damned helicopter sequences) the game kept pulling you through. It was also the first time that moral choices really hit home, in fact they were often so subtle that you had made them through normal actions rather than being able to sit back and deliberate. The narrative charts  a descent into madness and the characters follow suit with some excellent attention to detail, not for the faint hearted the journey on offer is something for the more mature gamer.

A tacked on multiplayer failed to set the world alight, but it is happily overlooked when compared to the package as a whole. People that have played Spec Ops rave about it, people that have not tend to think their first person shooter of choice is the latest and greatest. Just give Spec Ops a go and be surprised. This one had a lot to live up to and it did, bringing a firm favourite back from the dead X-Com proved once again that turn based strategy can be sexy.

There were aspects of the old game that were streamlined for the new generation and while that made a few diehards choke, it eventually won them all over. The presentation of X-Com is perfect, graphically it is pretty enough as the view swoops in for actions and follows charging troopers while they leap through windows. The base has less direct interaction and the alien base invasions have sadly gone, what does remain is that classic gameplay that offers thousands of heroic stories, tales of bravery and luck as one lone trooper turns the tide of a skirmish.

It is also a game best played on the more challenging difficulties, take the Ironman mode – no reloaded saves, when your troops die they die. It is a game that will punish you for your mistakes and losing experienced troops on a reckless mission can leave you floundering helplessly as the game progresses.

X-Com does everything it needs to do, the hours fly by while you ponder your next move and even the most cautious Commander can lose an entire squad after a rash decision. Do yourself a favour get this game and let the AI punish you, you’ll be better for it. Late to the party, but by no means an ‘also ran’. Offering an extravagant sandbox environment, FarCry3 did something special, it took on board the gripes from FarCry2 and fixed them. The freedom is liberating, the world is spectacular and the narrative enjoyable enough to pull you along.

There are side missions aplenty and with all the dangerous fauna patrolling the island, you’ll never get short of a scrap. Having cleared out a difficult area and being low on ammunition, there is nothing quite so daunting as being faced by a wandering tiger. The AI is constantly surprising you and it is plenty of fun to watch as pirates get mauled by the wilderness letting you mop up from a distance. The persistent first person view adds so much to the immersion and rolling a car into a river, followed by a crocodile death roll is a memory that will stick.

FarCry3 offers lots of variety and replay value, even on the first playthrough it is a wonder to go off on a bush walk and see what’s out there. A treat not to be missed.

Minecraft (xbox360) – a beautiful and evolving timesink.
Lords of Midnight (iOS) – released late in December, but a slice of retro heaven.
Fifa13 – how a franchise should be, the beautiful game just gets better and better.
Battlefield3 – in the face of Halo4, CoD, Medal of Honour and more this 2011 game still gets my online time, one of the best multiplayer experiences this generation and meaningful DLC additions still coming.

Other than that gaming over the holidays was pretty limited, so not much new to add there. Hitman Absolution still deserves a write up, so does F1 Stars. Other than that precious game time was found after guests had turned in and tended to be Battlefield, FarCry3 or Need for Speed: Most Wanted.

With a minor lull between now and February releases, January is a time for catching up on those unfinished missions and achievements that fell by the wayside in the storm of releases last year. However I am looking forward to Arcadecraft dropping onto XBLA around the 17th Jan, scratching a business itch I had when I was in my teens – I’ve always wanted a Spacies parlour. I am looking forward to some gentle gameplay from that one before BioShock Infinite turns up and the PR machine starts rolling for GTAV. 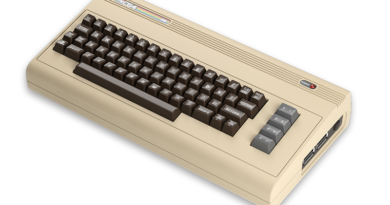