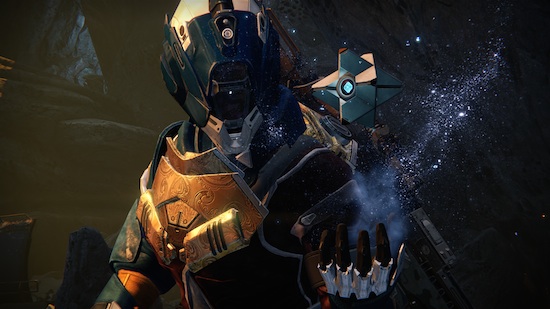 I love first-person shooters and my all-time favourite series in the genre is Halo. So, by extension the minds behind the combat mastery in Halo, Bungie, are my favourite developer…..or at least they use to be. In 2014 when they released their ‘next big game’, Destiny, and I was all a quiver. Bungies swansong from Halo, ‘Halo: Reach’ was stunning. Then all had gone quiet from my beloved Bungie for a few years until BOOM! Destiny was teased in early 2013 and I lost my shit.

Watching that, Bungie were talking a big game. Both literally and figuratively.

All the way up to release, Destiny was bit of an unknown, but the rhetoric from Activision and Bungie leading into the 2014 launch was that of a huge first-person shooter. With a sweeping story, amazing actors and a players ability to blaze their own trail in the stars. Suffice to say…..I WAS ALL IN! Let’s add it up- Massive money from Activision, Bungie talent, Sci-Fi setting, Co-op gameplay, Epic mysterious story! Everything was there for Bungie to rule the gaming world. With some of the best marketing around and awesome trailers like this one, I was definitely a day one player!

September 2014 the disc hit my PS4 and away I went. But after a few hours I wondered what the hell was going on. Where were my characters? Where was the narrative and world building? Where was my Halo replacement?!? It was a mechanically solid shooter, that looked great and played even better, with skill trees to muck about with and loot to collect….but it was soulless.

Sorry to say @Bungie @DestinyTheGame. But the lack of Story and Characters in #Destiny is a shame. I am a disappointed Bungie fanboy.

What the heck is going on? There was no story, no deep canon. I revisited locales over and over spawning in the same point to collect 50 kills or a particular enemy etc… I had a revelation, this is NOT Halo! This is First-Person World of Warcraft. I distinctly remember saying to myself…”Hold the phone, I didn’t sign up for this type of game!”

As I finished what you would call the mainline Quest/Campaign, I took to the www.ButtonMasher.co.nz forums in tempered disgust.

I’m level 11 now and am enjoying the gameplay, but the story is disappointingly shallow. No real characters have featured yet….not one!

Its fun, but the best description is, as many guessed before launch – A Pretty Borderlands.

I’m not sure if I like it, as it seems pretty but lacks substance. Its a platform to go shoot stuff with lovely mechanics, but has no real meaning behind any mission/actions.The AI is good, but it lacks that need for shot placement Halo was famous for.

Just “wear the health bar down” does nothing for me. Still really uncertain as I want to keep playing to see if I’m still just playing the intro stages and it picks up later on.

Suffice is to say, I finished the main story at level 20, killing a few big robots in a garden and reflected on the fact that there had been a total of 4 cut scenes since the opening titles. 4!! I sold my disc and swallowed down hard on my disappointment in Bungie. Putting all that ill feeling in an imaginary box and burying it deep inside myself, just like my therapist tells me to do and I just forgot about Destiny. That was until people started talking about this thing called The Taken King and Destiny 2.0 in September 2015. I read articles and watched a few videos and it sounded like Bungie had finally addressed a lot of my concerns, from what was now being termed ‘Vanilla Destiny’. But it still seemed foreign to me and the price of entry to re-buy Destiny and get The Taken King seemed like too much of a gamble. Especially considering I still didn’t trust Bungies creative direction anymore. But a year later (yep, we are now in October 2016), thanks to a kind hearted ButtonMasher (Emetic) who had a copy of the full Destiny Collection going a wanting, I dove back into Destiny…….

And I loved it. Which is crazy, but let me break down why I think that is.

Firstly, the efforts around narrative and universe canon within the Taken King are more like the Bungie of old. Proper cut scenes, objectives that make sense and little things in the levels which hint to the overall narrative. I’ll give you an example. At the start of a Taken King mission, enemies are already in their death throws as you approach, and the constant radio chatter about what you are about to be facing could have been straight out of Halo5’s brilliant Swords of Sanghelios level. Context, emotion and even thrills. To be fair, nothing revolutionary on its own but those touches were something Destiny desperately needed.….and, well Nathan Fillion voices a main character, that dude is a master of smart-ass comments.

Getting back into #Destiny and @NathanFillion is pure gold as #Cayde-6. Nice one Cap!

Secondly, my mind-set had changed this time round. I made an effort to meet Bungie half-way on why they are not giving me the next Halo-esk game. Thirdly, Bungie had made a lot of changes in Destiny 2.0’s quest management and reduced the need to visit the same locations over and over. Overall, everything I need to be doing is easier to track and doing it had meaning. The leveling system was easier to grasp and the later ‘Light’ level system is actually quite brilliant… I never thought I would say that! I hope that the rumored Destiny 2, has Bungie continuing to increase the amount of narrative and characters in the universe, building further on what the Taken King and Lords of Iron have hinted at. My only remaining niggle is that I miss the tactical gun-play of Halo, as the battles with Destiny’s A.I aren’t anywhere close to fighting a pack of Halos ‘Elites’. Overall though, there is a freedom to Destiny which I was blind too last time round. If I want to fight a particular enemy, now worries. If I want to team up and do a hard ‘dungeon’ for awesome loot, all good. If I wanted to play Multi-Player to get gear, that I can then use in story quests, totally doable. I have also played a heap of Alienation which I honestly think has acted like a gateway drug. It’s a wee top-down shooter with Destiny-esque gameplay loops. It too, is all about co-op grinding for loot for no good reason, and has opened my eyes to what a sci-fi Diablo would feel like.

By extension, it made the thought of trying Destiny again seem less foreign.

It’s clear to me now, that in 2014 I wasn’t ready for a World of Warcraft/Diablo/Borderlands love child. In fact I saw new-born Destiny as an abomination, which should have been put in a sack and thrown off the nearest bridge.

However two years later I have changed and so has Bungie, who seem to have remembered their roots. The culmination of our mutual understanding of what Destiny is in 2016, has resulted in me spending 70 plus glorious hours shooting shit! 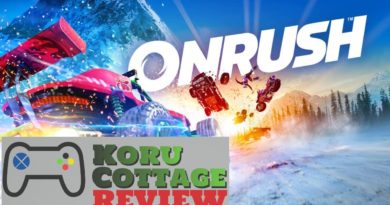 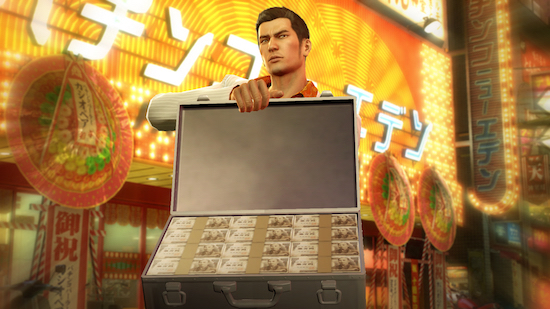