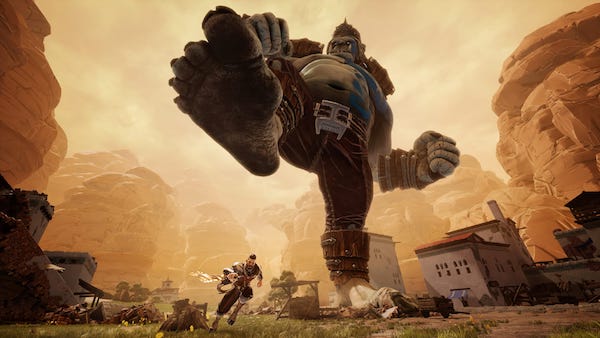 It’s been a while since we had a solid, yet crazy third person hack-em-up and Extinction seems to be fitting the bill.

Looking forward to seeing what the final build is like.

The world of Extinction has always been at war with itself. When a giant portal opens in the land of Dolorum, the massive threats only spoken of in children’s fairy tales suddenly come to life. Our hero in this story is named Avil, a new trainee inducted into an ancient order known as the Sentinels, dedicated to preserving the knowledge of the monstrous threats called Ravenii – and the techniques to eliminate them. Unfortunately, the Sentinel order has degraded over the years and Avil is now the last hope for humanity.

Known for their work on fighting games, Iron Galaxy has applied their expertise to the action-adventure genre. Avil has a wide variety of skills and attacks he can execute on the horde of minions trailing in the wake of each Ravenii. Players can cancel into almost any attack they want at any time, switching seamlessly between single strikes, sweeping area of effect (AOE) attacks, knocking enemies into the sky for an aerial combo, and more.

Avil’s key to permanently eliminating the Ravenii is the Rune Strike. This wicked attack can be used to dismember the massive ogres, and can be further powered up by saving people, killing Jackals, destroying Ravenii armour, dismembering the Ravenii themselves, and accomplishing objectives within each mission. One fell swoop is all Avil needs to stop a Ravenii, but these giant beasts won’t make it easy.

All of the options Avil has when traveling through the city, he can also use on Ravenii, such as running vertically up a surface or using his whip to grapple to new heights. There are many types of Ravenii, each with their own attacks, armor and weapon combinations, and behaviors. Avil will need to overcome the challenge of climbing up the massive monsters, removing their armor, avoiding spikes and other obstacles that might hurt him, while also dodging the giant’s attacks long enough to perform a devastating Rune Strike and decapitate the Ravenii. Prioritizing competing objectives with the threat of civilians dying and towns being destroyed is what will truly test the skills of the player.

Extinction will launch on the PlayStation®4 computer entertainment system, Xbox One and PC on April 10, 2018 and is available to pre-order now! 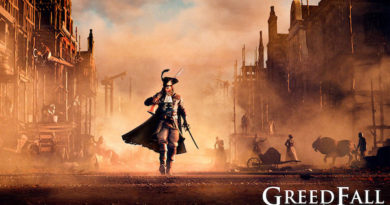 Greedfall: Colonialism in the New World

The biggest line up ever announced for this year’s EB Expo!