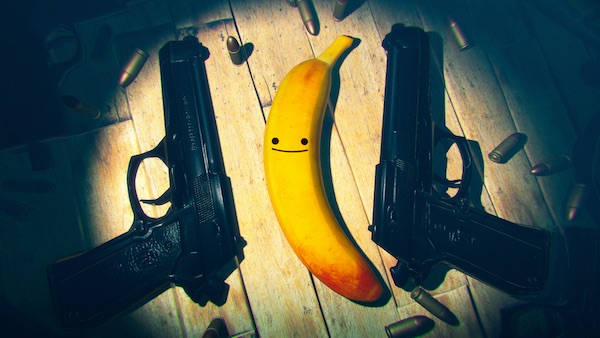 My Friend Pedro has been coming for a while and every clip I’d seen surface on Social media from developer Deadtoast only got my appetite wetter. Mainly due to it being an ultra violent 2.5D cutout of a shooter with buckets of slow-motion-bulletime-matrix-backflip-shooting to boot. Once upon a time Jon Woo and Chow Fun Fat brought their movie magic to games with Stranglehold, this is everything they did not achieve; Hi-Octane destruction with very forgiving systems to make it a fun ride. 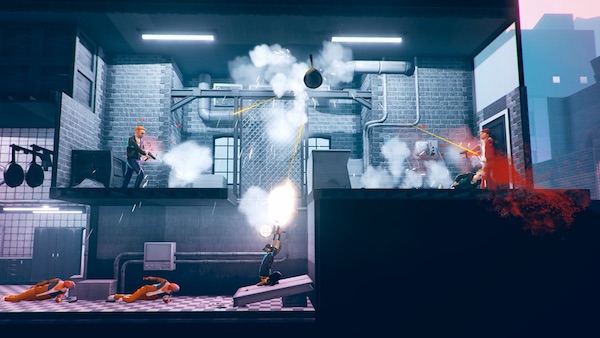 Having big hands the Switch for me has to be a quick ‘pick up and play’ platform, Pedro certainly fits that bill, but it is also dangerously addictive and a protracted session can leave me with stiff joints as I try to contort my fingers through the levels.

Levels are essentially linear affairs and are often sprinkled with simple puzzle mechanisms to spice them up, all well and good, but the soul of the game is using as much ‘Focus’ (BulletTimeSlowMotionMatrixAction) as you can to keep you diving in super slow motion, filling bad guys with lead. The main story level being broken up into sections and usually topped off with a Boss fight of some description, either a moving chase scene or a toe to toe battle. Each with their own pattern and key to learn. 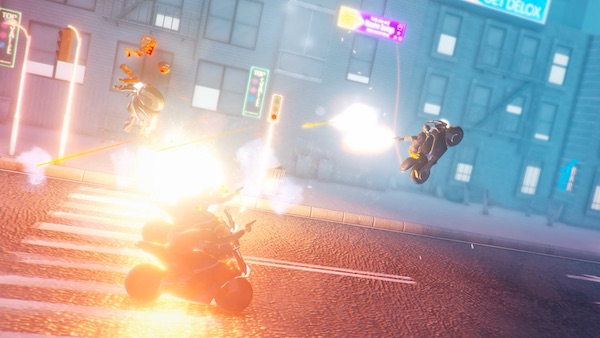 The art and design do a great job, it’s a muted palette, but the level construction gives you a sense of depth and a world beyond the screen in your hands. Movement and combat are fluid and once you grasp the basics the rest is intuitive, leap to a rope and swing upside down while aiming at two targets, then drop down and kick a frying pan up in the air to ricochet bullets around the corner at you next target. The exception so far being an unusual dream sequence that left me not wanting to go back with its 1990’s vanishing platforms, apart from that it’s a great mix of platforming, puzzles and bloody mayhem. 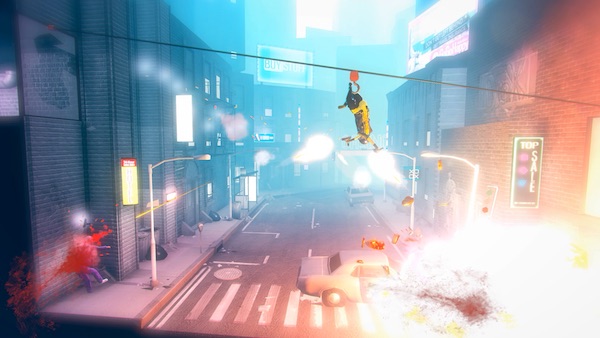 The game is built to flow and the scoring mechanism complements that, playing a level with a sub-standard score rating is normal unless you are a parkour demon that can constantly keep on the move. Weapons are up to scratch, the default pistols will never run out of ammunition, but the Uzis will, and so will the glorious shotgun or automatic grenade lobbing rifle, which once you get gibbing should become weapons of choice.

Pedro pulls no punches, it is a pile of fun to play and certainly fills that urge for something quick to bust out, however it has a relatively addictive nature and a very forgiving restart feature when you screw up, so those snatched minutes can soon become hours. You have been warned.

I have not yet completed my first full play through, but have seen most of the game, that leaves me without an opinion on the nature of Pedro the sentient banana that guides you and it’s a joke I want to get to the bottom of.

As for replayability, it is certainly cool and there will be times when its just the right thing to go back to for a burst, but not having any particular carrot to replay levels apart from getting a better score doesn’t make me think I’ll be revisiting it over and over. 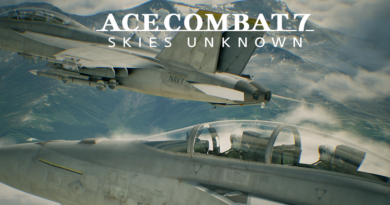 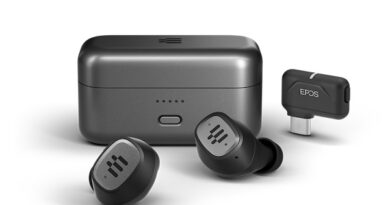