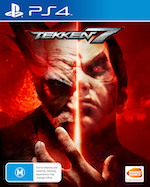 Tekken a fighting franchise that’s as old as the hills, if there is a block where these games live then Tekken has been around it a few times.

There’s not a lot you can say as far as setup goes, it’s a 2.5D brawler, pretty much in the vein of every other Tekken so far, a huge array of fighters to battle with or against and a deep, complex, emotional narrative.

Maybe the last bit was a tiny lie.

Technically and visually the game is top notch, after waiting a day or so for the 48gig download I was pleasantly surprised by the intro and the shiny looks. The intro to the single player sequence of fights goes along the lines of old spiky hair dude apparently kills someone’s mother when they were young, they try to fight him and get thrown off a very high cliff. Years later (now) old spiky hair dude ends up fighting with and against scarred red eye due, who is something to do with the boy thrown off the cliff, but by now I’ve started skipping. Even when Nina and her leather catsuited bottom come flying into the fray. 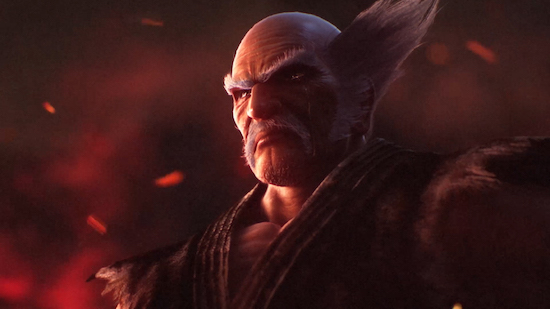 There is plenty of angry shouting and incredible moves for Africa, in the story mode you can also hold down an assist button to make executing some of these moves accessible. To be honest I got a little bored after progressing into a few fights, fair to say the Mishima Story didn’t grab me. I’m sure it’s pure ‘canon’ fodder for the diehard fans. 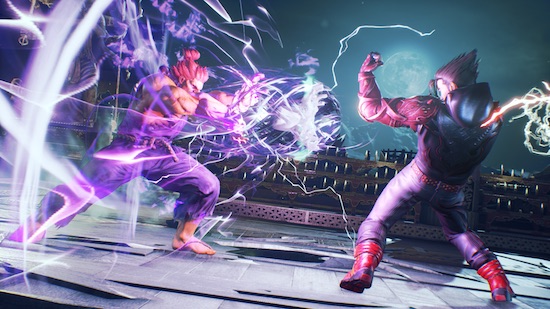 Beyond the campaign, the game offers a host of fight modes both online and offline, along with plenty of unlockable costumes and accessories for your thirty six or so characters. Unlockable by earning points in ‘Treasure Battle Mode’ or of course by buying them. The game monitors your progress online and offline allowing you to level each up independently, it’s ok, but nothing particularly new.

Playing the AI or a couch buddy offline can be fun, actually couch is probably the way to go if you’re a pair of button mashing maniacs. In that way the game is forgiving, less so when you encounter a Tekken Savant online and don’t get a look in. 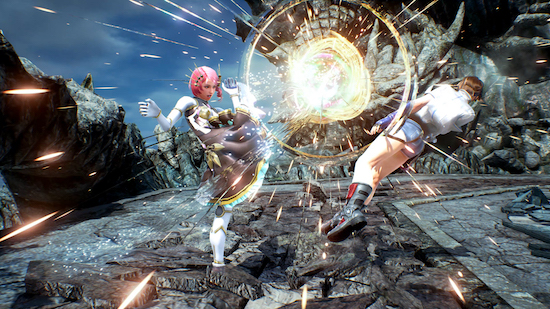 Taking the game online is the fastest way for me to forget any effort I put into training new moves, it just becomes a hammering exercise as my character blindly waves feet and hands around, while bunny hopping on the spot. This is where my issues lie with Tekken and it’s cousins. There are too many moves for humans these days, back in the day of classic 2d fighters it was enough to learn a Dragon Punch. Now there a myriad of moves with grander and grander names most of which are pretty damp disappointments when they finally hit the spot. 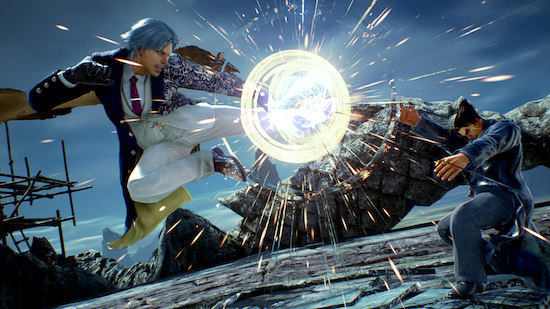 Tekken characters have alway felt ‘heavy’ and this is no exception, they take small steps and land heavy blows that feel like they carry some weight, this is good, but for a game to feel fun and for Mr Average to get somewhere being able to flip ridiculous somersaults adds value, especially when the same characters fly and wheel around cutscenes with insanity, but shuffle like pensioners when you have control. 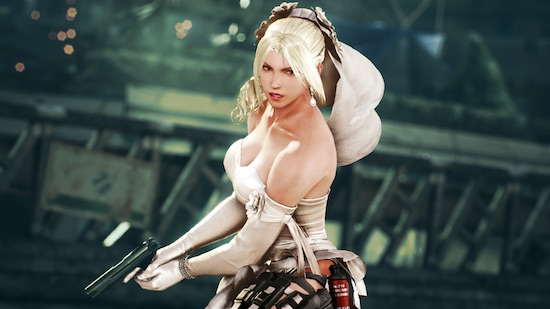 I can’t say I dislike the game, if you are a fan of the franchise or a well rounded lover of fighting games then it will be for you. I however feel its about ten years too late for me, the genre seems to be less fun every iteration and moves ever farther away from taking any more of my time. So, overall quality is excellent, but you really need to want to be there.