It was a bittersweet experience getting an invite to the Sony press conference at this year’s Tokyo Game Show, but then I remembered fellow Kiwi Ben (living in Japan) was actually going to attend, so we managed to get him queue-jumping instead. Here is his takeaway from the weird and wonderful world of gaming in Tokyo…

Wow. I am still reeling from the mind boggling amount of awesomeness I bore witness to at this years Tokyo Game Show. The new generation of consoles may have been slow off the mark in terms of games, but the drought is nearly over!  I don’t have enough space to go into every game I saw, so I will run through my top picks of the show. Firstly, The Order: 1886 – no game impressed me more in terms of sheer graphical fidelity.  I was actually speechless and how fantastic this game looks and feels. Without a word of exaguration, I could not tell the difference between the cut scene and when the actual gameplay began. I sat there for a while controller in hand for the scene to continue, not realising I was in control. In terms of the gameplay, it controls and plays well, but also feels somewhat generic. Perhaps like a less heavy Gears of War. That being said, the game is shaping up to be a truly excellent title. Plus, Thermite Rifle – enough said.

Another game that is truly shaping up to be fantastic is Dragon Age Inquisition. I got to sit in on a 20 minute gameplay demo (on Xbox One), and it is looking super slick. As a huge fan of the first game, but not so much of the second, I couldn’t be happier. Aside from the huge step up in terms of visuals, there are other huge improvements on the franchise. Gone are the somewhat claustrphobic sections of Dragon Age 2, Inquisition is full of huge open world sections in what looks to be an impressively large map. Bioware have also listened to fans and brought back the much loved strategic combat from Origins. It gels extremely well with more hack and slash combo of the sequel, and switching between the two is very seamless. I was also privy to check out Sony’s VIP Section, which was a real treat. I got to experience Project Morpheus for the first time, and was actually blown away. I admit that I have never experienced Occulus Rift, so this was my first real VR experience. I got to run through the same demo of The Deep that Sony have been showing off for a while. I found it to be a truly immerse experience, and as someone who has never been completely sold on the idea of VR, I can safely say I am a convert. I was also using a single DS4 controller, so I could imagine than with the addition of 2 PS Move controller, the immersion would be even deeper.

I also got hands on with a demo of The Evil Within (known as Psycho Break here in Japan).  I am a long-time fan of the Resident Evil franchise, but like most other RE fanatics, I feel the series has lost sight of what made it so great. It has turned into a more of a generic shooter, and lost the dense atmosphere, frightening exploration and horrifying enemies.  It seems like Resident Evil creator Shinji Mikami feels the same, because The Evil Within seems like a true return to the roots of survival horror. I found the demo to be extremely creepy despite being in a noisy room full of people, which bodes extremely well for when the game releases later this year. Lastly, I got to get my hands on my currently most anticipated game – Bloodborne. With ridiculously high hopes for Hidetaka Miyazaki and his title (I personally feel Dark Souls is vastly superior to Dark Souls 2), I was concerned there was no way the game could live up to my lofty expectations. However, after 30 odd minutes with the demo (and several deaths), I am completely confident of how fantastic this game will be. As most of us know, Bloodborne is extremely similar to the Souls series in terms of gameplay, however there are varies differences. The game seems to be a lot more fast paced and fluid. Gone are the shields that we all relied on to inch our way through unknown areas, and it makes for much more urgent gameplay. Mobs are much more frightening, and not being able to rely blocking really mixes things up nicely. The game itself looks wonderfully beautiful, in a horrific and macabre kind of way.

I am truly excited for more games than I can count, and the trickle of new generation game is truly turning into a tsunami. Game on! 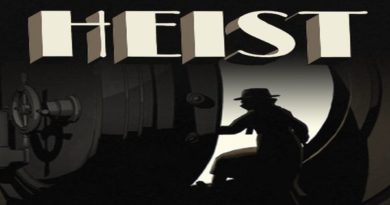