A rollercoaster of emotions that a game should not be able to bring up. I’ve been itching to replay The Last of Us since reviewing the PS3 version last year and that itch was something I had to ignore ever since I heard about the remastered version heading towards the PS4.

Arguably the best game of the last generation given the HD treatment and bundled with its DLC – what could go wrong? Absolutely nothing, there it is, the best just got better, period. Last of Us stands head and shoulders above other games because it really is a true sum of its parts. What was already graphically outstanding is now HD spectacular, in-game the engine looks better than most cutscenes in other games. The cutscenes themselves are so well rendered you just stop looking at them and simply enjoy them. The gameplay is often brutal, but more so satisfying and it is constantly drawing you along, with invisible load times or non-intrusive checkpoints. No matter how late or early it is you just want to get to that next cutscene. The story treads old boards, but brings a tremendous amount of quality in the writing and the voice acting. Enough to make a habitual scene skipper like myself sit back and listen to every word, watch every motion, all this even though I have seen it a shade under twelve months ago. As the story moves on so do the characters, their arcs and development are palpable, while every interaction with their environment just makes sense. As for the relationship between Joel and Ellie, it is simply sublime, so well scripted and satisfying to re-watch from beginning to end, twists and turns included. Speaking of environments, while some level design could be considered a little bit A to B there are plenty of nooks and crannies to explore for collectibles and the Naughty Dog vision of America after twenty years of neglect is quite beautiful in its own way. Assets are never reused to the point of saturation and the world is drenched with moments of atmosphere that serve to remind you of the predicament you are in. The game also boasts some of the best weather effects I have enjoyed, Winter and the snow sequences especially. The mix of combat versus challenges is just right, as is the combination of stealth or full frontal attack and scrounging for every single bullet or crafting component becomes absolute necessity once the adventure gets in full swing. It is astounding how you can quickly lurch from feeling well stocked one minute to battered and harmless the next, control of supplies is essential and so is making every shot count. Scraping by from encounter to encounter makes you really feel the life of a survivor in a hostile world. The combination of enemy threats works well, the humans being worse than the infected in most cases, unless of course you’ve been cornered by a Bloater. On reflection it really is worth the awards. Incredible storytelling, riveting gameplay and immaculate presentation. Throw in the DLC to expand Ellie’s backstory, the online game and the new camera mode to really show off the graphics engine, well it really is the most satisfying gaming experience of recent and most probably future memories.

Winner of many well deserved awards, The Last of Us Remastered – an experience that will captivate you from beginning to the gritty end. 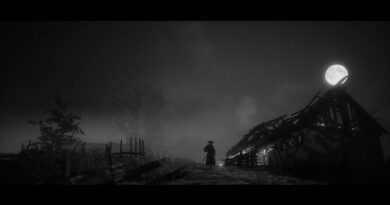