The opening shots have been fired in this year’s big showdown, Battlefield 3 has offered gamers a solid and sharply realised experience. Building on the success of their Bad Company franchise the game offers wide open and spacious maps, not forgetting the large scale team play as opposed to the run, gun and die mechanic of the other game.

Not so long ago the open Beta of Battlefield 3 raised questions in the faithful, was the game really up to scratch? Would the matchmaking be capable? Was the engine robust? Now, barely a month later those questions have been answered quite well, mostly.

The front end is polished and holds true to the style that we expect, although the opening credit and main menu perhaps do rely a little too much on strobing, scratchy light effects. Epileptics beware, here there be bright things.

However once the game is installed, inclusive of the optional 1.5g extra HD content, there won’t be much time spent at the menus.

The game comes with a reasonably short campaign and keeping with the tradition of current world shooters, it offers a combination of infantry and vehicle based levels. There is a significant difference between this game and the likes of a Modern Warfare campaign, Battlefield feels much more real, regardless of the standard fare narrative, the game drips class. The character modeling and animation leaves me looking at the screen and drawing parallels with CNN reports, the behavior of your teammates is as realistic as you could expect. Ultimately the campaign is a well constructed, extended training module exposing you to a variety of situations and is no fair alternative to the multiplayer side of the game. The environment too is so well crafted, the single player maps populated with an amazing level of detail, rubbish blows around, wisps of dust swirl around your feet. This is the result of developers Dice and their proprietary Frostbite2 engine, an obvious step up from the quality of Bad Company games which themselves were quite pretty. There is some discussion about the best platform for graphical quality, but seriously in the heat of battle it really won’t matter that much, whether on consoles or a high end PC you will not be disappointed.

There is also a co-op campaign which serves well to encourage teamwork and enables players to upskill and unlock items in readiness for some multiplayer action, it is also a way to get your hands on some of the more exclusive vehicles such as jets and helicopters without having to race from your spawn against people that already know where they are. Whether it gives you enough opportunity to practice has to be seen.

The multiplayer side of Battlefield is the core of the game, wrapped up in that sexy Frostbite2 engine, staying true to tried and tested game modes the title delivers. It really is that simple.

The progession of your soldier based on skill related activities, games won or lost and how much of a team player you are. It’s familiar, the system played out well in BFBC2 and not a lot has changed from my perspective. The unlocks may have been rejigged, weapon choices and loadouts have been updated and the skill classes have been tweaked. There are no more dedicated Medic Class players, the Medic equipment is now an optional unlock. This is no bad thing, being swamped by Medics in previous Battlefield games was almost as annoying as Wookie team members that insisted on camping back at the start of the map, sniping the occaisional Defender.

Speaking of the Sniper obession, the Recon Class still exists, but I notice that Sniper rifles now give off a telltale glare to give you, the intended victim a chance to react. The other Battlefield obsession is one of collecting melee kills along with the meleed player’s dogtags. The melee action has been improved since the Beta, the canned animation is less wooden and less intrusive, the act of sneaking up for a melee killl feels a whole lot smoother. Coupled with the fact that you can update your own dogtags with a selection of design customisations it feels more personal when they get taken, the golden rule has to be that you always check your six. Turning and catching a knife attack just before impact can be quite devastating to your attacker when you get your own blade in first.

For team based, objective driven gameplay you cannot go wrong. Battlefield is all about working together to achieve the right results. The maps are varied and enormous, once the destruction ramps up they can be unrecognisable by the end of the round. Ballistics are as effective as ever and especially when a proficient sniper has to take account of bullets droppping in flight, compensating by aiming above the target and hoping for a clean headshot.

There are nods to classic Team Deathmatch styles of game, but Rush and Conquest are the big two, Rush I would imagine edges the popularity contest. The franchise has a firm following, but considering the game has now shipped over five million units in the week post launch then there must be a significant number of new users in the install base.

Another new addition is the inclusion of Battlelog, this adds a constant stream of news items that relate to your squadmates and friends. It works something like facebook and I for one find it useful, keeping tabs on your friends unlock progression gives you that extra drive to level up some more. The log mechanic seems to be a standard for EA games at the moment and since it appeared in Need For Speed Hot Pursuit the system has certainly upped the stakes in social competetive gaming.

In summary, Battlefield 3 is an essential purchase for anybody that loves the thrill of online gaming with options, huge maps and a thriving arena that offers so many excellent stories of valour. For single players, not so much.

Also worth a late note is that the first week or so have been marred by some server connection and drop out issues, but Dice are the kind of developers that will work all weekend to fix it, then Tweet about it. So give it another week or so to settle down and the connection situation should be seamless. 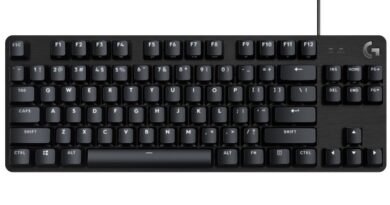