So, most of us have been ‘hands-off’ with Kinect for a year now, in fact Microsoft themselves have been lauding the devices successful first 12 months and the widespread innovation resulting from the “Kinect Effect”. The standards questions and expectations are still there, when will the device deliver a Killer App? When will it produce a hardcore game that is not designed for children and does not have anything to do with dancing? Or, has Kinect been missing it’s own boat?

One year ago this week, Xbox 360 set out to change the way we interact with games and entertainment with the launch of Kinect for Xbox 360.

You cannot deny it has been a first year of highs and lows, the biggest high that carried the unit through the first six months has to be in my opinion Kinect Sports from Rare. Yes, people drew parallels with the atypical Wii titles, but as someone coming at this kind of game cold I was impressed. It is only after plenty of solid play that I start to develop gripes around some of the controls and response times, gripes that could be resolved with a patch. I love the soccer game, I really do, but playing on either of the two higher levels leaves no room for skill or ability, unless I am already in the way of the ball the AI will always slip a screamer past me. Surely Rare could up the level of response, now that they have flexed their muscles on the sequel and proved they can supply crisp control and sensible menu navigation. To be quite brutal I would buy a redux of the Soccer game as a standalone, improved online play, strategy, calling plays, full rules and playing both halves….come on Rare.

Sales immediately soared with more than 10 million Kinect sensors sold, setting the Guinness World Record as the fastest-selling consumer electronics device in 60 days along the way. Kinect opened up Xbox to a broad set of new audiences bringing new categories of entertainment to the platform.

After the 2010 E3 blew us away with exciting new tech, the 2011 E3 offered little in the way of excitement, mentions in dispatches of games we know are coming, but have little hard evidence of. Steel Battalion being one of them, a game with pedigree that could offer motion controlled Mech piloting, but we may well be sad puppies when the truth comes out.Of course there will be a buzz, take a game that used to be supplied with a fully functional cockpit and put it all in your Kinect, that could be seriously cool, but it could also be a complete disaster.

During the last 12 months many games have come and gone, fads at best – the exercise games, the dancing games, the hideous two dimensional sports games. Having reviewed a few of them for www.gameconsole.co.nz I know there is not much out there to show off my gadget. In fact Fruit Ninja is probably the highlight in the last quarter of the year, Kinect Sports season one as previously noted and a gentle nod to Kinectimals for keeping David Braben popular while I wait for a new Elite game. Now I see the focus turning a corner, there are more hybrid experiences being attached to games, Forza4 has a raft of kinect features. Head Tracking was always going to be interesting, a dumbed down Kinect racing option which will probably be reduced to party play and a few extra quirks. Similarly Halo Waypoint will be gaining Kinect and Voice interface for the system, a timely revamp in line with the Halo Anniversary release incidentally another title that .will be trying to bridge the Kinect gap.

People were inspired. Six months ago, a diverse group of hobbyists and academics from around the world embraced the possibilities of Kinect. In a wave of creativity, they downloaded the Microsoft Kinect for Windows SDK and began developing creative applications and innovative uses in healthcare, education, art and so much more. Microsoft has recognized this phenomenon as “The Kinect Effect.”

My major concerns are for the promise the tech demos showed us, where is Milo now? Why can’t I play Burnout Paradise sitting down with Kinect when it was hyping all over the Internet two years ago? Why do I still have to wait another month to be able to fully converse with my xbox when I live in countries that have much less localised dialects than the countries and regions that had it day one? Then again the device is bigger than it’s sum. It really isn’t all about games and when the latest update brings in Bing voice searching, a newer, streamlined and snappier dashboard then it will move forward in its cycle of continuous improvement. Functionality is being added and rolled out regularly, look at Fun Labs, Microsoft’s open avenue for hackers and developers to play with their technology which has given rise to some fun, if short lived experiences.

The current trend of hybrid Kinect functionality within current generation games has to be the way forward, one of my biggest disappointment’s with the Sonic Freeriders game, was not being  allowed to use a controller. Foregoing the Kinect controls and getting back to a standard configuration would have saved that game, and that  the Kinect driven menu system was very snappy meant that it could have stayed. The thought came to me while playtesting the latest Fifa game after battling for and eventually scoring a match winning goal. The most natural reaction is to bounce in my seat with joy, partake in a few fist pumps and cry out jubilantly. Would it hurt to let Kinect take all that in and convert it into the on screen goal celebrations? Why should I have to unlock Streetfighter like combos to make my player celebrate, when the Kinect could let me do it naturally – even if it meant a very French style shrug of apathy?

Once you start down this track, then the Microsoft tagline of ‘better with Kinect’ starts to make so much sense, they do not need to make it a laborious process or an over involved transition, they need to take those raw inputs and make them sublime. Again with Fifa, imagine the ‘Be a Pro’ modes where you can call for the ball, warn your teammates they are being marked and call the Ref a twat.These are all natural occurrences that Kinect could make good use of. This might all be easier said than done, but then that is where innovation comes from is it not? The options are endless and they have bugger all to do with scanning a skateboard for use in game, or getting to interact with some creepy AI, take my natural instincts as a human and extend them to my digital selves.

To close up, this has been an interesting thought process and even though my campaign for a Real Steel Kienct title fell flat on its own robotic arse, I really hope there is a game to accompany the Judge Dredd reboot movie. In fact it has to happen, because I need to be able to to tell my Lawgiver which rounds I want to use on the next perp in my sights.

Marking the November 4th anniversary of Kinect, Xbox 360 today announced that the Kinect for Windows commercial program will be launched early next year. The commercial program will give businesses the tools to develop applications that not only could improve their own operations, but potentially revolutionize entire industries. To date, more than 200 businesses worldwide—including Toyota, Houghton Mifflin Harcourt and Razorfish— have joined a Kinect for Windows pilot program to begin exploring the possibilities of Kinect. While no one knows what the future holds, if the past year is any indication, it’s going to be inspiring. 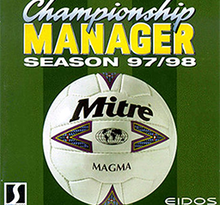 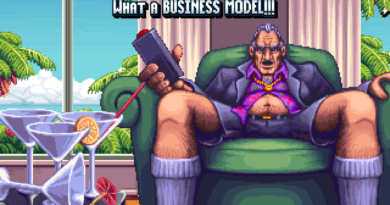 3 thoughts on “Has Kinect been missing it’s own boat?”