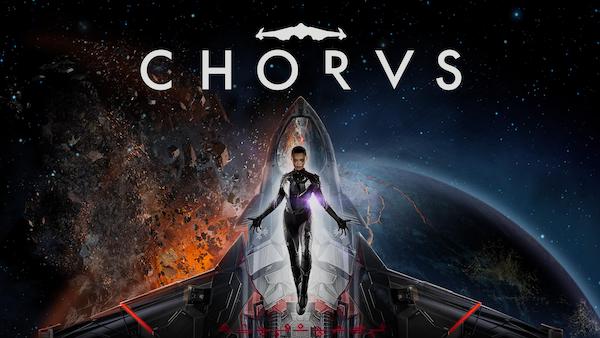 Space Combat games have always been a favourite genre for me. Starting with Descent back in 1995 and most recently with the excellent Star Wars: Squadrons on the PSVR. But the genre often struggled to get AAA quality outings. Certainly, any tangible story and world building rarely occurs within them. BUT, Chorus has literally come out of my blind-spot and some how managed to be both an awesome arcade space combat game, with an interesting story.

Chorus is an unusual mix of space magic and high fantasy science fiction. (I know, weird… but bear with me.) There is a deep lore and tangible backstory to the main character, Nara. The wider canon for her universe is an array of terminology and nomenclature which takes some time to get your head around. I will avoid going into depth explaining said details, instead I will try and render it down to a digestible laymen summary for this review.

Nara used to be a warrior pilot disciple of “The Great Prophet”. She led his army, “The Circle” across the galaxy conquering planets and spreading their fanatical religious belief system call “Chorus”. As one of the elite pilots, she possessed ‘space magic’ powers called “Rites”. Which when combined with her sentient A.I combat fighter called “Forsaken”, made her an unstoppable force. Her blind devotion to The Circle, finally resulted in the destruction of an entire planet and the genocide of millions. Naras mind broke under the guilt. She ran-away and hid her ship “Forsaken” in an asteroid belt. The game picks up 7years later, with her now as a nobody scavenger. But she decides to finally take action against The Prophet and help a rag-tag resistance movement forming in her corner of space. (…Phew, hope that makes sense)

So, the wider setting is sufficiently high stakes, and under the surface it simmers away at Nara reclaiming her lost ‘Rite’ powers and rebuilding her fractured relationship with the sentient ship, Forsaken. Mechanically, Chorus is a zero-G space combat game. But it has elements of an adventure game and even some open-world action RPG-lite stuff too. Both Nara and Forsaken can level up skills, stats and abilities. Not to mention get loot and weapon drops via quest rewards and exploration.

How does she handle?

There are two areas the game really shines. First, the actual gameplay of flying the ship. Forsaken is sublime to fly, better than any other space sim fighter I have played…like, ever! It has an overall arcade feel, with forgiving collision penalties and intuitive controls. The ship controls great at speed and when going slow, which is needed when completing puzzles. The flying whilst in combat is a revolutionary change to this genre, for me anyway. It’s called “Drift” and is soooo simple and frankly logical for a Zero-G environment.

“Drift” is a mechanic which allows the ship to pivot on all its axis, while continuing to fly on its original trajectory. It does away with the common issue in flight games; The endless chasing of an off-screen indicator in repetitive arching orbits to try and line up a shot. The perfect example of this, is a ‘bad-guy’ drops in behind and fires, pulling the “Drift” trigger, I pivot 180 degrees, to be now be flying backwards, and with a clear shot at my pursuer. Exactly how “Starbuck” from BattleStar Galactica piloted her Viper when she needed to “check her 6”. So simple, but changes the game.

To augment the combat situations, Forsaken and Nara can use not only Gatling guns, lasers and missiles, but also Naras “Rites”. Forsaken can “bamf” or warp short distances to appear in behind enemy ships or fire chain lightening to stun enemy ships. There are others, but I don’t want to spoil the fun. Enemies can be all sizes, from fast movers, shielded attack skiffs and even massive corvettes. These large ships are usually part of set piece events and are destroyed in phases. The goal being to fly inside the ship to blow up the power core.

Let’s see what’s out there.

The second part that shines in Chorus is the world building, as I alluded to before. I would class this game as a AA, almost AAA title. Having fully voiced characters, beautiful cut-scenes and a well fleshed out world is great. But the cinematic cut scenes only feature Nara and Forsaken. All other characters interacted with is done via radio communications and pop screens, akin to ‘O.G’ Star Fox. So, no bond or interest is built with any of the other characters or quest givers. Not a massive deal, just a bit disappointing. However, considering the caliber of the story on offer, in this genre not renowned for any story at all, I will take it as a win.

The environments and audio design are stellar (…nudge, nudge) as well. Each map, accessible via a jump gates, is a mix of asteroids and other space phenomena with some of the best backdrops I have seen in a space game. Exploring them will reveal side quests, loot and money crates. The audio design is layered and gives the feeling of the size of the environments being piloted. And within the cockpit, Nara will whisper to herself. Giving glimpses as to her real thoughts of characters she is dealing with or things that may be of interest on nearby asteroids or space stations. They are very well done. I even got Hellblade vibes from this idea and I found it kept me engaged with Nara as a character in between major story beats.

Simply put, Chorus is addictive, fun and importantly unique in the 2021 video game scene. I have loved every minute and I certainly have another game to put squarely in the middle of my game of the year discussions. 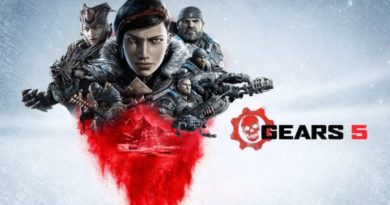 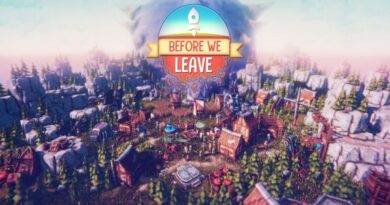 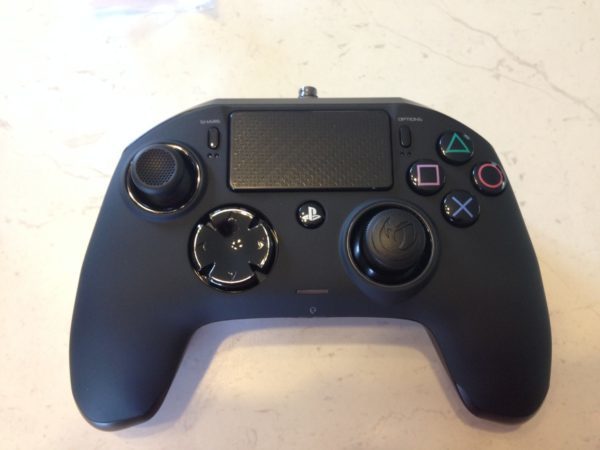