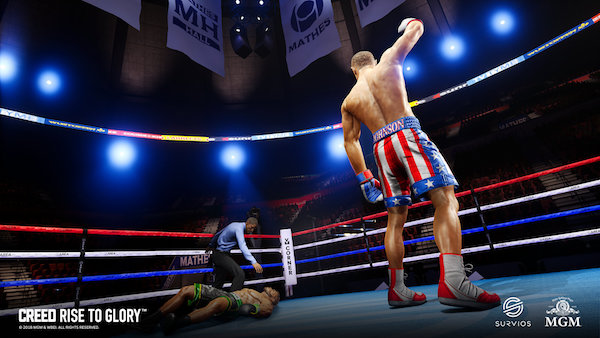 Some franchises come and go, some last an eternity, some evolve. The Creed movies are one of the latter, being part of the Rocky family and extending the Balboa story by giving him the chance to flex his coaching muscles. All well and good, but nothing to do with this game.

Creed PSVR is in familiar territory, but stands on its own two feet in the centre of its ring. Giving you the gloves of Adonis Creed the game lets you experience a ‘Rise to Glory’ from training through to a number of increasingly difficult bouts, eventuating in becoming the Super World Supreme Champion of the Galaxy as all American boxers are wont to do.

That’s just the window dressing, wrapped around a cracking good PSVR experience. There are two game genres I have been hankering for since the PSVR landed in my hands two years ago, one being a realistic rock climbing sim, the second a solid boxing game.

Creed does not disappoint, the suspension of disbelief that the PSVR delivers is terrific from the first moments in the gym where you experience training in the form of punching mini games through to a nervy first bout, feeling like a rabbit sat in the middle of a busy road.

The story mode runs through regular sessions of training, throwing up bag and dummy mini-games to enhance your skill and stamina. These are fun in themselves and the satisfying thump of glove vs object is tangible. I even find pleasure in the running machine, which is short lived and doesn’t require your real-life legs. 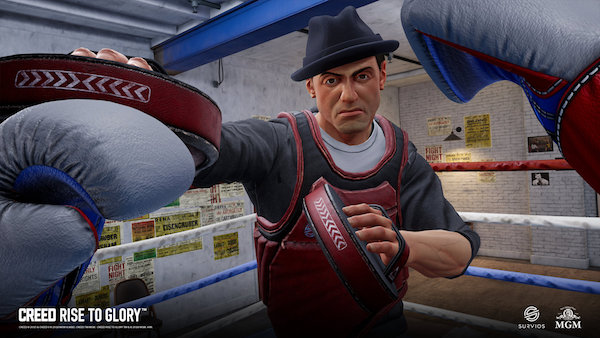 From then on, take on bouts scheduled for you and battle your way through the ranks to the top. Fair to say early fights are easier until the difficulty scales and be wary of approaching the game without a warm-up or anything like a sedentary level of fitness. Even though you are basically throwing Move Controllers around in thin air, you will feel it and if like me you are blessed with the humidity of Queensland, there will be sweat.

It’s fair to say that the game does take something out of you and after my first 90 min session, I was somewhat stiff and sore the next day – that should be ridiculous really, but it isn’t and I firmly believe that the brain is fooled into exercising the limbs more because of what you are seeing. If this opens up the door for more cardio style VR experiences, I’m all in. More than happy to exercise in exotic locations from the safety of my own lounge. 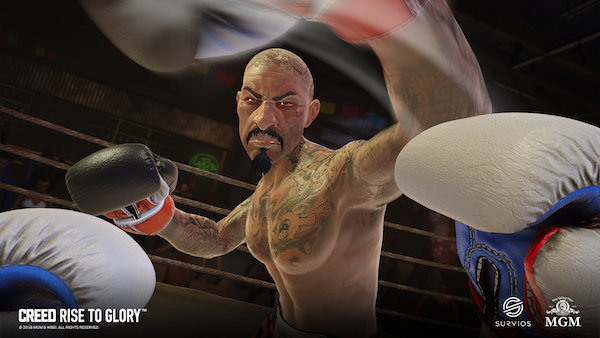 The connection between controller and gloves is great, they may go awry occasionally, but for the most part they do exactly what you were thinking. It won’t be long before you are dodging incoming swings, throwing up a guard and trying to wheel in a haymaker for that elusive knockout blow.

Start swinging wildly and you will run out of stamina, the gloves will glow red and you won’t have any power, so lift them up to guard and eventually your stamina will recover, just be more tortoise than hare.  Moving around the ring is more of a chore, there is no floating like a butterfly here. While the developers have given thought to the process it doesn’t come easy in the middle of a fight, even the advanced ‘locomoting’ option feels like a stiff turn away, move, turn back affair that is somewhat hit and miss. Its like I end up in a Benny Hill style chase around the ring, so things for me at least end up pretty much toe to toe slugging. 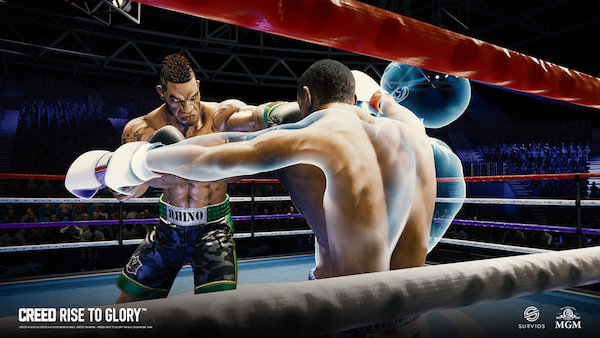 There are three game modes on offer, the narrative mode obviously, and some one-off bouts against a selection of characters both fictitious and a little familiar. There is also a one on one online match. Obviously an essential inclusion, it’s just let down by humans. Where the AI will behave accordingly and take timed swings or employ some strategy, humans tend to wave around like windmills with disregard for the subtlety of the sport. You can take advantage on occasion, but it can become a frustration. 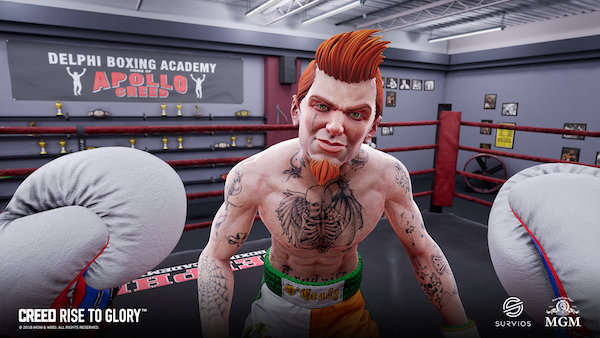 I do also enjoy free play around the gym, being able to keep practising the training routines and seeing some score comparisons against my friends, but the gym does lack some interactivity. We do enjoy VR playgrounds where things can be picked up, thrown and generally messed about with. This was a minor complaint, but after a hard workout I like to knock a few things off shelves.

All in all, Creed is another exceptional addition to the PSVR roster and only proves that this system is not a whimsical flash in the pan for Sony. If only I could get a climbing game now, that and some kind of gadget that stops me getting within punching distance of my TV.