Here is our Video Review of Death Stranding. Below is the full script with some other tid-bits and thoughts in the mix.

Video Game developers and directors amaze me. Their skill and dedication invested in the pastime I so adore is something I am always thankful for. That said, there are some within this group who I would class as “The Elite”. A group of game directors who have taken modern AAA video games and woven in cultural touchstones and interpretations of humanity in a way that has pushed the artform of video games in unique directions …yes I just said “Art form”.

There are a select group of game designers or directors who could own a label of “The Elite”, but for me the likes of Bioshocks, Ken Levine stand out. Also the Houser Brothers, even though I don’t like GTA. What makes them special to me, is that they use their talents to not only create engrossing worlds, but also explore the best and worst of the human condition. Obviously, considering the game we are talking about, another who must fall into the group is, Hideo Kojima.

Now, before I dig in any further I need to lay a couple of things out. This is a totally spoiler free Review. Not only are the Review embargo restrictions very, very clear about both video and late game content, but I don’t want to spoil some of the big surprises the game offers up both in story and mechanics later on.

Kojima has always had a whiff of Politics in his games. His latest game Death Standing I would argue is no different. It blatantly says America is a broken country. But with the same breath, explores how human connection and working together is the only way to rebuild a society ravaged by confusion and isolationism.

So that seems to be Kojima’s slant, but what does it all add up to, what actually IS Death Stranding?

Death Standing purely viewed in the mechanical gameplay sense is best labelled as a third person, open world traversal and action game, with deep online social integration. So…yeah. Not the easiest thing to sum up. But this is a unique game, so it needs a unique sort of Review so you guys actually understand how this all works.

The earth as we know it has ended, as the divide between the living and the dead has been blurred. In a way we all now occupy the same space….kind of. Modern America is now an array of isolated cities, kept apart by the ghostly horrors called ‘BTs’ that occupy the open world. “Sam”, played by Norman Reedus who is Darryl, in the Walking Dead TV show, plays….well the same gruff, mumbling… Darryl character.

“Sam” is one of the few who have “Dooms” and can sense the BTs and survive in the outerlands. After a fantastic opening 30mins and intro, it turns out his job is now to make his way across America, reconnecting these cities to the network, so we can all work together again. And also deliver a shit load of parcels, akin to some sort of PostMan Pat simulator. That’s about all I’m willing to say though story wise, as I don’t want to spoil anything down the line.

So hopefully you broadly understand WHY Sam is walking across river and down dale, it’s to connect cities and communities with each othe. But how does this become an engaging game? Well this is where opinion will likely split for many on the interwebs as some may not enjoy the core game. This game is essentially built entirely around a sort of Courier or Fetch Quest loop. The only game I could see real similarities to, in the basic premise of the gameplay, was with MudRunner.

Yes, Mudrunner, which granted is a far simpler in setup, but it is about traversing rough terrain to deliver stuff. In both games, how I go about doing this is up to me. All based upon my assessment of the equipment available, the terrain to cross and what’s the most efficient method. So Yes, Mudrunner.

Sam is given a task, for example to navigate to a remote city or installation to deliver or collect something. I had to Review the order and map. Can it get wet? Is it fragile etc..? What is the terrain like? Will I need to carry ladders? Will I need guns? Can I take a vehicle? Are there enemies I will need to work around? Then while at a depot, I manufactured the right support equipment, loaded the items into my backpack so it’s stable, then set off on my plotted course.

Once walking or later driving, moment to moment gameplay is simply about picking Sams way across unforgiving terrain. The vehicles that come, are not for off-roading generally, but do the job and can be brute forced over rocks and banks. Although the animations go crazy at times.  Ideally building infrastructure with resources is the best way to speed up delivery access. Raiding scavenger camps occupied by Mules is a quick way to get crafting resources, but is high risk. As is any areas full of horrifying BTs. Both can be passed with the help of Sams handy chest mounted baby powered scanner, ‘BB’. At least until some hard hitting weaponry gets unlocked much later in the game.

Like I said, this gameplay loop is perhaps not going to appeal to everyone. Later on Sam gets assault rifles and shotguns, but combat is still a side feature. For the most part, combat can be completely avoided with good planning and stealth. In fact, I didn’t even fire a gun in the first 15hrs of the game! The way combat and death mechanics are implemented is so refreshing, cinematic AND forgiving, it’s never a real burden. Frankly I loved this approach, LOVED IT. I didn’t want just another shooter. I felt very much at home reviewing maps, looking a gradients and terrain and planning a route and completing my delivery.

The Stranding in Death Stranding

The constant underlying narrative is around “reconnecting”. Working together. A theme not just limited to the game’s story. The social online aspect is massive, but I’m not sure I like it though. This “Strand” system is in simple terms, other peoples games bleeding through into my game world. Once I went to cross a river and found a ladder left by another gamer. There are warning signs, lost cargo, even vehicles and later highways, that have been constructed by other gamers.

As a reward for building and sharing items in the world I dished out, or earnt ‘Likes’…literally little facebook looking ‘Likes’. They are the driving currency of the game like XP. But, and here is another wee gem from Kojima. Unlike other currencys, Metal, Resin, Ceramics etc… ‘Likes’ have on the face of it, little value. Just like the real world, we give ‘likes’, we get ‘likes’ but what do they do…nothing except make an obligatory number go up.

I liked the silliness of how ‘Likes’ are upfront but useless. My larger issue though is this shared world idea ripped me out of the experience. It destroyed the amazing and fleeting moments of isolation. I wanted more of the feeling of it being ME against this harsh world. But I accept that’s maybe the point, isn’t it? Connection, co-operation with strangers, building links together. It’s clever, it’s the next major step on from the Dark Souls messages system, but for me, all be it very helpful, it broke the gameworlds mystery, seeing fluro signs at every turn.

This is Kojimas first big title that wasn’t a Metal Gear Solid. It’s not as batshit crazy as MGS, but it still has the brooding characters and melodrama. In fact some MGS5 DNA is very clearly visible under the hood. From the hyper-busy menus, to the clunky and repetitive way story is delivered outside cutscenes. But the overarching canon is tidier than a Metal Gear game. Sure, it still has forced double entendre names for everything, and I had to pay attention to every bit of dialogue to keep up. But it was still easier to get a handle on what was going on and why, than any MGS game I have played.

The Decima engine is stunning, the harsh environments feel cold and beautiful. But the stand out for me is the unique gameplay. I will openly admit, many may not feel this way though. It’s a big grindy game, with a lot of small text, inventory management and a big tail if gamers want to just build stuff. There is also a sizable mid game grind at around 20hrs in. My main concern though, is the shared world construction and co-operation. It seems to be at juxtaposition to the games strongest element, the feeling of isolation.

But once again, I think that is the point. In fact, this game is even at odds with  itself in a way. Being a AAA mainstream title, that could have the label of ‘niche’ as well.

Death Stranding has a unique take on almost every modern third person action game mechanic created in the last few years. I loved this game, even with its sizable quirks. I enjoyed the new twist on an afterlife and death, and the deeper meanings hidden at every turn. It was just refreshing to play something so different in the AAA space.

Kojima off the leash, has resulted in something surprisingly cohesive and hugely enjoyable. 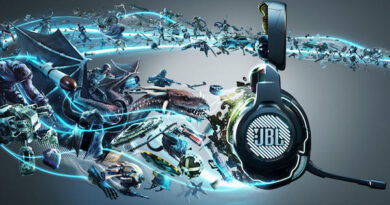 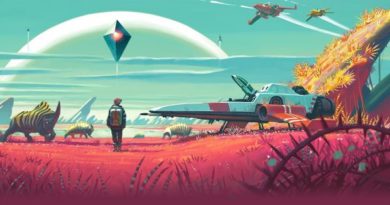