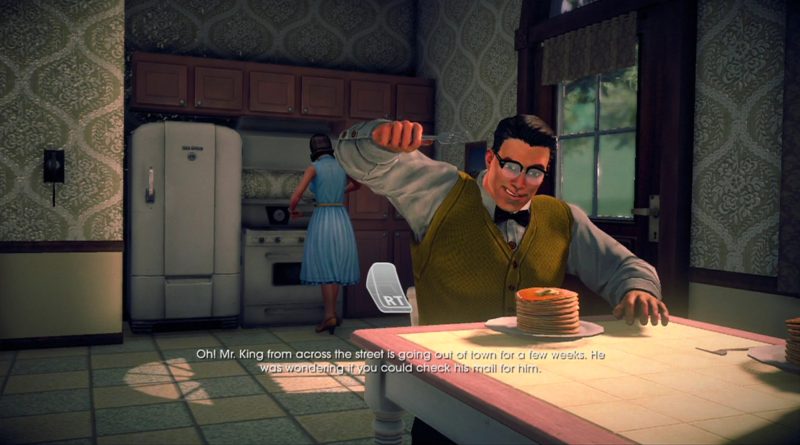 The Saints Row series has never pulled its punches and Saints Row IV Re-Elected is no different.

Any game that has an opening sequence featuring the future president of the United States climbing the exterior of an intercontinental ballistic missile as it soars into the stratosphere or has the aforementioned future president strutting through his suburban house as the star of his own sitcom called Leave it to the Saints, with a jaunty 1950s wholesome soundtrack in the background as he munches pancakes and fetches the paper is one that you know doesn’t take itself too seriously. All hail, Mr President.
And so it is with Saints Row IV Re-Elected (originally reviewed in 2015). A game you could rightfully call the anti-Grand Theft Auto thanks to its humour firmly tongue-in-cheek.
Want another example of this game’s humour? Fast forward five years later and you’re now the President. Our hero – the former head of the Third Street Saints – is strutting down a corridor towards a press conference at the White Crib. As he strolls, he interacts with a number of his staff, including Vice President Keith David.
David thrusts two documents in front of you: Do you pledge to cure cancer or eliminate world hunger? I chose cancer. Further down the corridor, do you high five or shun the surfer dude? I left him hanging. At another point, do you punch the annoying dick in the head or do you punch the dickhead? I punched him in the nuts. Of course, this has no bearing on the game but it’s those little moments that lighten the mood and sure, the humour can be crude at times, and the game play falls into the tried and true action tropes, but that’s all part of the charm of the Saints Row series. 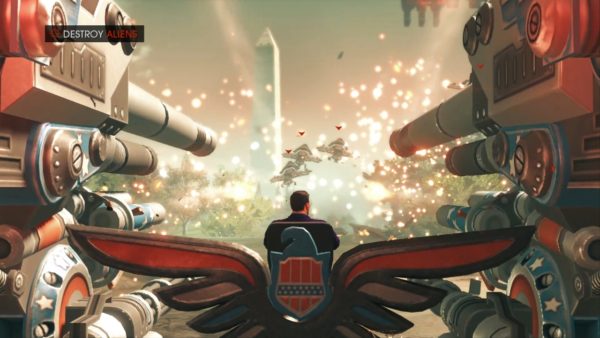 The meat in the sandwich

I guess you could best describe Saints Row IV as a little bit GTA, a little bit The Matrix, and it’s set in a simulation of Steelport (the setting for Saints Row 3) after alien overlord Zinyak suddenly invades Earth, kidnaps the president (that’s you, remember?) and plans to destroy the human race. It’s up to you to save the day (again).
Like the action game that it mimics, our hero can punch citizens – and alien foot soldiers – steal cars, fire weapons and blow shit up. Central to levelling up your characters are the data clusters dotted around the simulated city: Think agility orbs like in the Crackdown games. I actually spent much of my first hour or so playing Saints Row IV just bounding around the city, supercharging my jump ability, gathering as many data clusters as I could in order to further improve my character’s abilities.
Mission structure will be familiar to games like Grand Theft Auto but there’s something therapeutic about being able to leap tall buildings in a single bound – then air dash and glide to your next location. Who needs a car to get around when you can do that?
Graphically, it looks best in portable mode and this is where the game shines. Yes, things are blurrier than on bigger console versions but the Switch’s six-inch screen means that those imperfections aren’t a distraction. 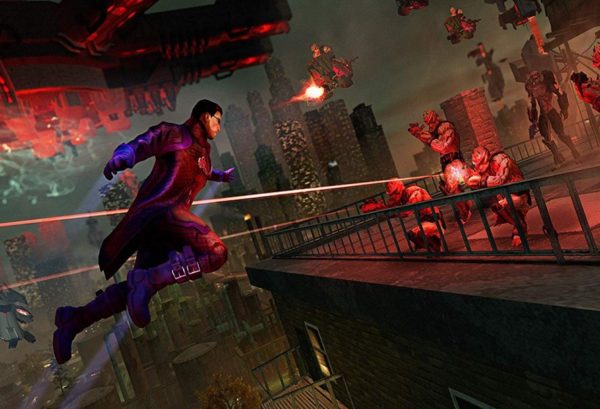 A Switch essential or decent filler?

Things don’t look so good when played in TV mode, though, especially on a 55-inch 4K display. My recommendation that if you want to play Saints Row IV on the big screen. Go for one of the bigger console versions: The Switch version is best played in portable mode.
In an effort to eek as many frames from the Switch as possible, Saints Row IV utilises a dynamic resolution, meaning the graphics are slightly downgrade to maintain a more consistent frame-rate. If you favour graphics over performance you can disable it via the game’s options menu.
Load times are relatively long on the Switch version and it’s played best in portable mode. I tried it on my TV with a Joycon in each hand (I couldn’t find my controller Joycon holder) and it just didn’t feel right. I found it hard to aim, especially during some of the sequences which relied on precision shooting.
Look. Saints Row IV Re-Elected might not be the best Saints Row game in the series. It is also a tad on the expensive side for a seven-year old game. It’ll cost you $65 in NZ and $60 in Australia. The bottom line is; I found this game a helluva lot of fun and is a perfect fit for Nintendo’s handheld.
It was just the ticket for four weeks in lockdown. Thanks to COVID-19 when all you want is something to play that puts a smile on your face.