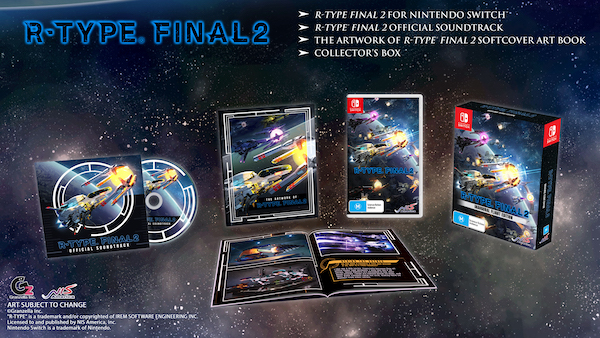 R Type Final 2 is a trip down memory lane, for me. I first flew an Arrowhead Fighter in the Arcades of 1987.

Following it up with the Commodore 64 a while later. After that, we parted company for a number of years. From memory the original was a revelation in the schoolyard, Gieger styled enemies and the enigmatic upgrade ‘The Force’.

After growing up on side scrollers like Scramble you had to admit R Type was an epiphany.