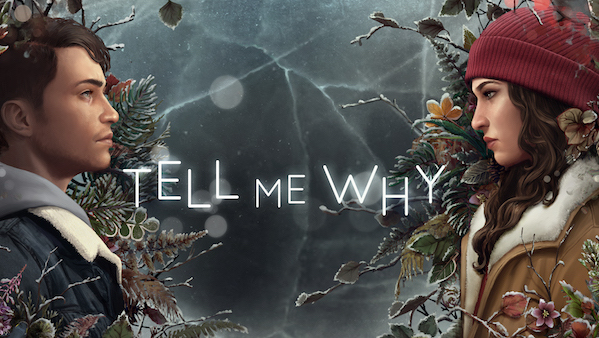 Wearing a cynical hat, one might see Tell Me Why (Chapter One) as DONTNOD’s distillation of everything they have learnt. Presented in a smaller, neater, less interactive and ultimately less interesting package – a money maker to fund the next proper episodic project.

No matter your hardware, it’s hard not to be taken aback by the sparse design and lackadaisical nature of Tell Me Why. Sure, there’s DONTNOD’s distinctive sense of place and domestic design, as well as their ability to create the illusion of small town America, but when distilled down to what you actually do in this first chapter. The handful of location changes and flashbacks cannot hide the fact that this is quite a bare-bones offering.

I was impressed by the first Life is Strange and a big fan of the deliberate mundanity of Life is Strange 2. In Tell Me Why I found myself struggling to get through the languid pacing, boring dialogue and questionable characterisation. Rather than being intrigued, I just wanted the story to hurry up and happen. For the characters to do something other than wander about each location looking at things and remembering the past.

Tell me Why focuses on the bond between siblings Alyson and Tyler Ronin, one of whom is transgender. The developers tell us in their review guide that this is not the focus of Tell Me Why. Tyler being a transgender man is just part of the story, not central, but it clearly is at the forefront of the experience.

Almost every encounter with anyone who breathes in this chapter deals with them realising that Tyler is now a man. And while I’m sure DONTNOD is being respectful with their transgender, queer and indigenous characters, I have a problem with how generic each encounter is. The same issue arose in Life is Strange 2, where the boys would meet either the most racist redneck possible or the most open thinker.

Characters in Tell Me Why feel like they inhabit the corners of their design, with no room for subtlety. So you have either characters who are clearly weirded out by Tyler as a transgender man, or those who are totally cool, with nothing in between. Every encounter with a new character needs to get this out the way. I suppose it does make you feel as exhausted as Tyler must in his life. Particularly if everyone you meet in the world is a caricature of either prejudice or pride, with no middle ground between.

Gameplay wise, things are limited. You walk around environments looking at things, maybe picking a few objects up. While Alyson or Tyler remark on their memories attached to them. You choose dialogue options, some of which are timed. There is no inventory. Only one puzzle and all up this is little more than an interactive episode of a sedately-paced story. A little while into the chapter, it’s revealed that the twins share a psychic bond. This allows them to speak to each other telepathically as well as share a developing power to rewatch memories of themselves as children.

In a slightly interesting twist, each twin’s memories of key moments in the past are different and the player must choose which twin to believe. I’m sure there’s some branching consequence to these choices, but it’s never clear how your choices will affect future events. So I simply chose to believe the character I was controlling at the time. 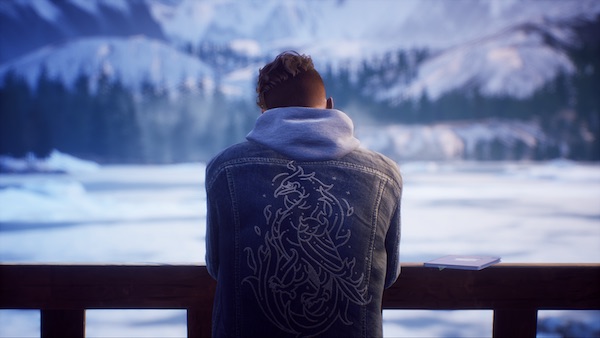 Tell me why life is strange?

By the end of Chapter One, I was left with the feeling that if could go either way. It might get more interesting or it might keep on this simplistic, limited path. If the latter, then it will be a disappointing fizzle after the promising direction of Life is Strange 2. Join us again soon as we see if things improve.

After yawning my way through Tell Me Why’s first chapter, I wasn’t sure that I wanted to keep going. So it was with trepidation that I pressed play on Chapter 2. The good news is that things improve this episode. Past the boring, methodical intro chapter, this chapter features more interesting puzzles, better character interactions and, dare I say it, I think I might actually be a little bit hooked on the main mystery of the Twins’ mother’s death. That she died is not in question, but why and how are being slowly stirred and uncovered. As the twins investigate their way around town using information gleaned from their supernatural ability to rewatch memories of themselves and others from the past. These memories reveal details, names and dates that allow them to nail down townsfolk who don’t want to talk about their mother’s mental illness and descent into despair.

Most of the same locations are revisited this chapter, only this time they are more populated and contain more to explore or uncover. Be it sneaking into the records room of the police station or helping take inventory in the storage room of the local store. Both approaches manage to be more interesting and involved than anything present in the first chapter. Thankfully, elevating this second chapter to something that is enjoyable and somewhat compelling to play through.

The twins become more empowered in their conversation options as a result of them witnessing key past memories. These bring to light the fact that they have been kept from the truth of their mother’s situation even into adulthood. This conflict, with family members and family friends finally admitting their silence, provides the interest and impetus for the story moving forward. The mystery itself still feels a bit weak, but I can understand the twins’ desire to keep digging for closure.

The pivotal moment of tension

The best moments in this chapter take place in the police station. While Alyson remains on lookout for their police chief uncle, Tyler rummages through the records room for clues on their mother. This puzzle is great because you need to search the police computer to find the correct box of records to look through, which in turn uncovers more search terms for you to combine and more boxes to investigate. Tension is built with the twins telepathically whispering between them to (on Tyler’s part) hurry up and (on Alyson’s) keep their uncle distracted.

By the end of this chapter, I felt keen to keep going and discover the truth behind that fateful night. The impact of one woman’s death on this small group of characters may not be world-shaking, but there’s still the sense that the future of the community hinges on what will eventually come to light. I still feel that this title is much weaker than previous DONTNOD titles, it’s a relief to see that the uninteresting first chapter was but a setup for this return to form. I’m hopeful for an enjoyable final chapter. Tune in next week to see if my hopes are met.

We come to the final chapter, the conclusion to this six-hour meander through mental illness, gender assignment and small town bigotry. While Chapter 2 upped the pace somewhat, Chapter 3 opts for a far more focused approach that turns it into practically an interactive episode. There are only a few major choices to be made, less locations and hardly any agency on what happens as the game moves you towards a disappointingly frayed ending.

Much of this episode focuses on Alyson and her struggle with anxiety, as she decides whether to tell people about the things she has been seeing and hearing. It’s a bit of a relief to have the twins separated. It gives them time to be themselves around certain characters and to deepen or fracture relationships depending on which dialogue options you choose.

Some of the moments between characters in this chapter are quite sweet. However, I’m still getting the sense that the way they react to, say, a revelation of mental illness, is more in line with a training video on how to react to someone who is telling you they can see and hear things, rather than what might actually happen. One character in particular plays a pivotal ‘friend’ role to both twins and while I appreciate his awesomeness, he still doesn’t feel like a real person to me (or maybe I just don’t have much faith in people).

Again, the mystery of the twins’ mother’s death is at the heart of things. With this episode culminating in several answers, while also leaving some unanswered. I was disappointed at one choice in the game, which effectively leaves certain events still shrouded in mist. I guess this is realistic – sometimes we never get closure – but it feels more like a cop-out given that so much of this experience hinges on what happened in the past.

Overall, I found Tell Me Why to be a lesser title from DONTNOD. Its stripped-down storytelling, dearth of characters, agonisingly slow pace and lack of interesting interactions or puzzles makes it a title for only the most dedicated fans of the studio’s output. Even then, I’d probably recommend a replay of either season of Life is Strange.

This review was kindly submitted by guest contributor Dylan Burns his own blog can be found here, Burns After Playing.