Last year Wolfenstein: The New Order pretty much came out from under the radar and deservedly earn’t itself a whole bunch of accolades. A triumphant return to form for a legacy series that has had it’s fair share of misses, The New Order revitalised old school formula gameplay, wrapped it in some impressive visuals and came close to being my game of the year.

Now, BJ is back, in a standalone adventure cited as a prequel to last year’s game. It’s time to spill some Old Blood.

If shooters have pedigrees, you can’t get much more respected than Wolfenstein. A game that arguably gave birth to the genre, the precursor to Doom and gave gamers their first taste of a First Person Shooter.

The Old Blood treads familiar ground, adding depth to the original game the narrative throws the player into a top secret infiltration of Castle Wolfenstein. Of course, things don’t stay secret for long and BJ is soon double wielding an array of destructive weaponry in the name of freedom and all things fair.

Being standalone DLC the game isn’t quite as sprawling as New Order, but it does pack a decent amount of content. The story unfolds through the confines of Castle Wolfenstein and culminates in a nearby town, so no trips to the Moon this time. The locations are as impressive as last year, graphically and design wise the environments are fun to explore. More often than not there is an alternate path or an option to take a stealthy approach.

A returning sneaky mechanic is the need to quietly take out commanders in areas before they can call in backup. Unless you are a sadist and enjoy being overwhelmed by Nazi troopers, this is always a fun challenge adding a puzzle like approach to some levels. Of course the guns blazing option is still gratifying too.

The weapon roster has changed slightly, gone are the over-powered Auto Shotguns of New Order, but new additions include a sawn-off shotgun, a handheld pistol-like rocket launcher and the Pipe. The latter being a melee weapon used in one piece or two smaller sections, which also double up to allow BJ the option of scaling certain walls.

In comparison to New Order the RPG Lite nature of interaction with other characters has been hugely watered down, this suits the narrative as they are never around long enough to build up any real need for rapport. The perks and buffs are back, again not as extensive a list, but still welcome. A first playthrough should unlock them all. The most urgent being the ability to spot collectibles on the map, because there are lots and lots and lots of collectibles scattered in plain sight and tucked away in secret areas.

On the downside and it really is minor, some of the Boss Fights are a little bit annoying, one in particular was a real test of patience and multiple retries, and eventually ‘cheesed’ with bouncing grenades. However some of the more exciting areas with bigger battles are also unlocked as challenge stages to add some replay value, giving you the chance to revisit an area and rack up some points.

Overall, The Old Blood adds some flesh, albeit some of it rotting to the bones of classic Wolfenstein canon. The final act brings in a fun twist on proceedings, the gameplay is classic style of gaming and the experience adds to New Order. I just want more BJ and more evil Nazi War Machines to tackle with him. 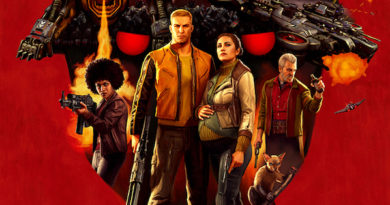 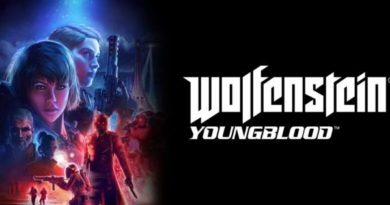 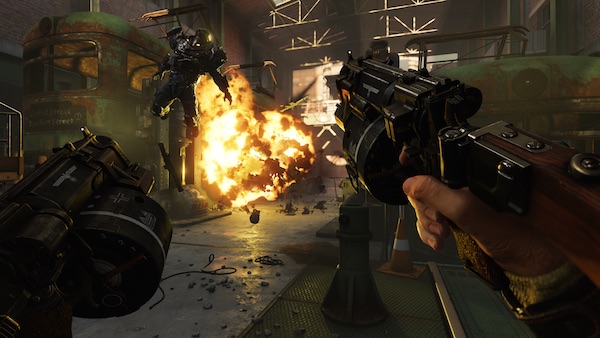