The first Dishonored highly anticipated by many, including myself, as we were teased with visions of steampunk and stealth. Thankfully it lived up to the hype and did pretty well for itself as well as being a top notch game.

This time around with Dishonored 2 we know the setting and style for gameplay so it has to rely on return gamers wanting to see how Corvo and Emily are doing, and has to be a good game on its own merits.

And as I fall in to the returning gamer category, I must say, it is good to be back playing in familiar lands with a familiar heart beat guiding you to treasures… So, right off the bat you have a big decision to make. Emily or Corvo? Yup, you play as one, and only one for the duration of the game. And with slightly different skills, your choice will have an effect on how you play. Being a veteran of Dishonored, I decided to go with the new styles of Emily. Now in saying that Corvo and Emily play differently by no means does that mean one has to take the softly, softly low chaos road and the other the bull at the gate high chaos path.

Both characters have more than enough diversity to choose your destiny. So with choosing Emily I decided to try the nonlethal path and play through with no blood on my hands. In hindsight, I think this was the more difficult path of the two. Without spoiling too much of the story for you, the basic premise has a long lost relative showing up and ruffling a few feathers. Causing you to embark on a journey of discovery, and revenge. You will run in to several familiar faces if you have played the first Dishonored and most of the people in your way will also be very familiar.

Unfortunately the steampunk elements take a bit of a backseat this time around with far less encounters with wondrous looking machines. Although the environments still have much of the recognisable steampunk elements. Levels are fairly small and linier and the inability to return to areas to finish collecting Runes, Bonecharms, and Blueprints is very annoying. The AI is a bit hit and miss with guards unable to detect you at less than a metres distance when in certain cover but other times you will be spotted at huge distances and at obscure angles. Not to much of a game breaker as you are given time to react with the alerted/alarmed system of enemies.

Both Corvo and Emily have gadget and magic based skills and abilities to mix things up, although I have found myself sticking predominantly to the gadgets even though a couple of the magic abilities are really useful. Doing a nonlethal play through I have found a real shortage of nonlethal aids as opposed to the plethora of lethal ammunition. Possibly another reason my play through is proving a bit more difficult. Technically, Dishonored 2 is no world breaker. Not in a bad way though, it is well designed and nice enough to the eye and because of the unique setting has more than enough pleasant vistas and interesting characters. Recently it has been announced that a NewGame+ mode is to be patched in, this will hopefully fix my main gripe of being unable to complete you full complement of collectables. Although more than a couple of play throughs may be a bit tedious. Here’s hoping the patch will also bring more to the table for those wanting to do more in each play through.

If you are a fan of the first Dishonored then you will thoroughly enjoy Dishonored 2, I have. Although it hasn’t got the same spark as the first, the familiar setting makes you feel welcome and allows you to quickly recognise things that may help, or kill, you. I have taken around 25 hours for a play through with exploring every nook and cranny to try and get all the collectables.

I imagine a speed run could be done in a couple of hours pretty easy. The ability to play through a second time with the other character is definitely a bonus and I am looking forward to running through a High Chaos, kill everything game as Corvo. Dishonored 2 brings honour (see what I did there, correct spelling finally…) to the franchise and I look forward to the next instalment. 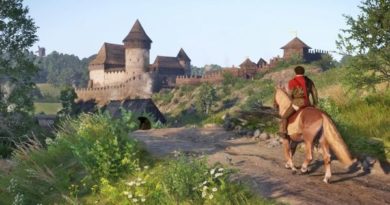 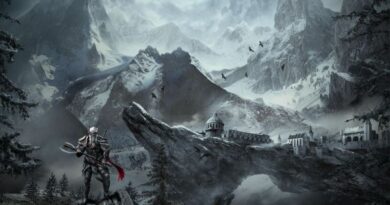