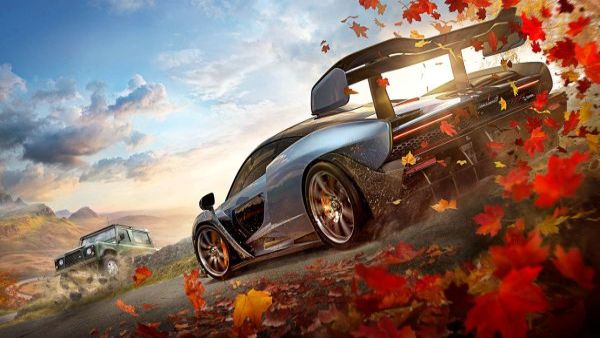 I remember picking up the original Forza Motorsports for my first Xbox back in 2005 and was blown away by it. I was never much of a racing game fan but decided it would be good to play with mates over a few beers.

Well, how things change. Thanks to that original purchase of Forza I am now the proud owner of every Forza Motorsports, and Forza Horizon title since. And I have to say my leaning is very much towards the open world shenanigans of Forza Horizon over the track styling of Forza Motorsports so I was very keen to see what Playground Studios had in store for me in the fourth release for the Horizon series. 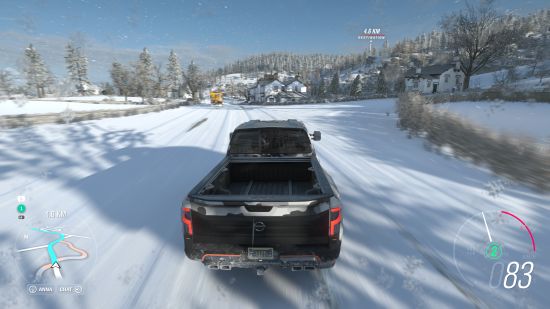 This time round we find the Horizon Festival taking place in the UK, near Edinburgh, and the big talking point is seasons. Different seasons bring different weather and, of course, different driving conditions.

You are initially walked through the different seasons in a very loose tutorial, which is integrated very nicely into the opening few hours of gameplay. Once past a certain point though and seasons start changing in real time with each season lasting a week in real time.

Nice if you want to give winter a miss and bring out your convertible in spring but with each season come specific challenges and races so find a suitable vehicle and get amongst it.

And everything looks absolutely jaw dropping! I’m lucky enough to have a Xbox One X to fully appreciate Forza Horizon 4 in all its 4K glory, and yet again it is a Forza title setting the benchmark for outstanding visuals.

The variations in seasons may well be a ploy just to show off a wider variety of visual effects and beautiful vistas, but I won’t complain about that. Photo Mode will definitely get used by everyone at some point to capture some of that scenery, with a touch of horsepower front and centre. 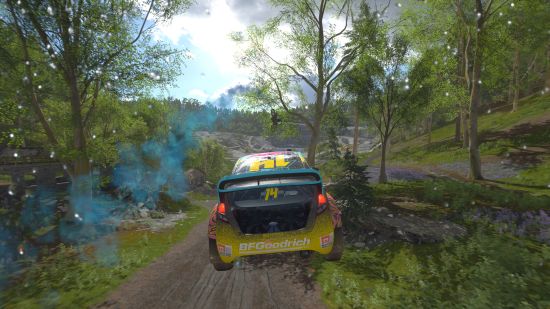 A lot of Forza Horizon 4 is just good old fashion refinement of what was already working well in previous titles in the series. The biggest thing for me is the opening up of the world even more than before. You can now plough your way through almost anything except buildings and large trees.

The historical society must be having a coronary over all the ‘listed’ stone walls being demolished and burnouts being done in the courtyards of ancient castles. But it really is a pleasure just cutting a direct path towards your destination. Debris flying and livestock scattering, not at all the kind of behaviour the Brits like. Oh well, nothing a good cuppa won’t fix, eh old chap?

Horizon Radio again gives you a good selection of stations to listen to while you indulge your destructive tendencies, but a wider selection of songs would have been nice. I have already noticed several songs being replayed quite frequently. The DJ’s do have some good banter and general information about different events going on in the Festival though so listen out for any useful snippets. 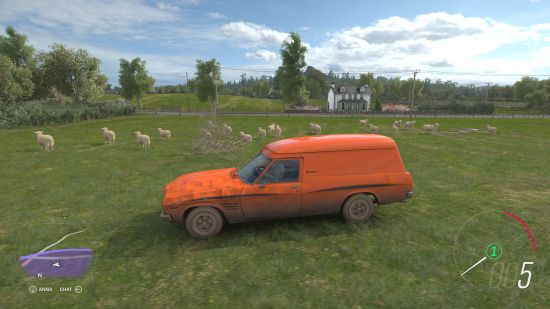 Moving around the map with have you coming across a multitude of events from stunt challenges, to street races, to off-road trials, and everything in between. The obligatory signs to smash and speed traps to set off also make a return. Barn Finds are still included and are a nice way to get some awesome cars without having to pay for them.

Another addition this year is the ability to purchase property. These homes, or castles, act as staging point for you to set up auctions, change cars, and select your outfit to wear, of course you have to wear something that suits the season. You could call it added fluff, but it is a nice break from the high paced festival environment, and is a perfect time to use Photo Mode and snap some pictures of your favourite rides.

Pretty much everything you do is rewarded with ‘influence’. Just think XP and you are away. With this newly earned influence you will unlock new events and gain Wheel Spins, a lucky dip that gains you rewards like clothes, credits, horn sounds, and of course, cars. 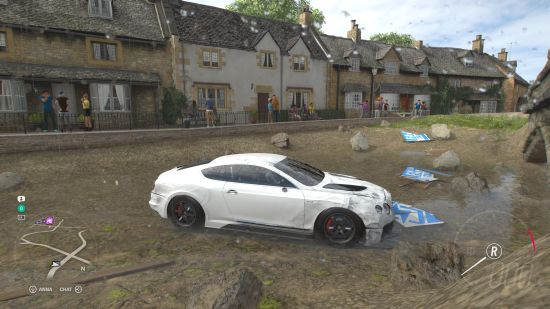 All this fun can be done by yourself or, thanks to a larger multiplayer integration, with others online. In the open world you can interact with others to form convoys which allow you to compete with, and against, each other, you will ghost through each other but once in events all bets are off!

If ‘rubbing is racing’ then I must be the world champ, because ‘wrecking is winning’! Just make sure you have a suitable car for the race, I have been caught out with a Class C 4×4 in a Class A street race, didn’t end well, even with all my short cuts.

The other side to multiplayer is #forzathon events. You will get regular notifications that a #forzathon event is about to start so you can make your way to the start area. Once underway you and everyone else have 15 minutes to reach and complete three score based challenges. These could be to get a combined skills score, speed trap total, or even total jump distance through a hazard zone.

Good fun and because this takes place in the open world there is no issue with running into each other thanks to the ghosting of other player’s cars through you. Be aware though, AI cars will still get in your way. 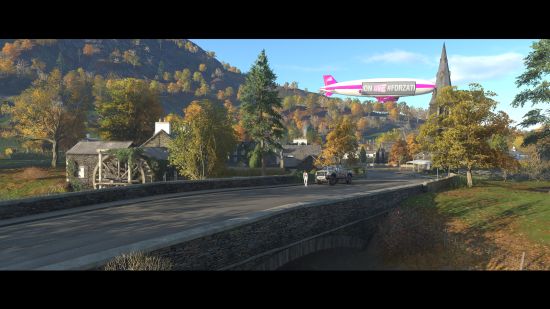 It’s Forza Horizon. We all know it, we all love it. The fourth release in the series does not disappoint. It is more refined, more social, and most importantly more open.

Of course going forward there is plenty planned with expansions and car packs, and already you can pick up the Bond Car Pack. What could be better than blatting around Old Blighty in a classic James Bond Aston Martin? Well, dressing up as James Bond to go with the car of course.

Forza Horizon 4 really is a beautiful sandbox of exploration and speed. Faithful to many a classic car, semi-faithful to the gorgeous UK landscapes and architecture. All I can say is get amongst it, enjoy the view, and don’t run over any sheep.