Some titles will send gamers of a certain age into a misty stupor. Gauntlet is one of them, thirty or so years ago it was breaking new ground as a cash hungry arcade game. Allowing four, yes, four players to simultaneously charge around dungeons hacking, slashing and collecting gold. It was also noticeable for the audio cues the game would throw out, when a character was low on health for example.

The arcade game was one thing, but it was also not readily available to the masses, home computer adaptations soon were and it wasn’t long before playgrounds were awash with tales of legendary slaughter. My platform of choice was the Commodore 64, graphically not as flash as the Arcade, but near enough to keep the atmosphere and fun. Also, worth noting that the expansion ‘Deeper Dungeons’ was a game I played until the score meter hit its maximum and would go no further.

I digress, Gauntlet by tradition throws together four players in the guises of a Barbarian, Valkyrie, Wizard and Elf. The franchise has seen a few changes since its humble one-button beginnings, it wasn’t that long ago I played through an RPG-lite version in the previous generation of consoles. What Arrowhead have attempted here is to bring the series back more closely to its roots and it has succeeded in parts. What they have also created is something that modern players would expect in character progression and upgradeable skills. Given the online world we live in, you no longer have to crowd around an arcade machine with three friends or strangers to enjoy Gauntlet. The default option is to play online, the game offers two main routes to take. The Campaign sends you and your party through a predetermined series of dungeons increasing in difficulty and denizens. The other route is the aptly named Endless Mode, throwing you into randomly generated dungeons that get progressively harder the deeper you go. Both modes are fun in a crowd, but can start to chug if the screen is full of bad guys.

The game can be enjoyed offline too, in couch co-op or solo, however Gauntlet has always been a socially minded game – the mechanics remind you of this as the levels become more challenging and your solo character is more often than not overwhelmed. Although, given that characters progress and persistently develop then grinding the offline mode to collect gold, to buy skills and upgrades can be a pleasant diversion that will give you more of a shot in surviving.

The four characters, five if you count the DLC untraditional Necromancer are also designed to deliver varied play experiences. Being a long time fan of the simple game I found this to be a touch jarring, having to learn new combos and basic controls depending on which character I’m playing. The Wizard in particular is so far removed from the original single fireball version of himself its almost not funny. They have also been given quirky character driven voices, noting how hungry they are when life energy is low – whereas I prefer the booming voice of the olden days Dungeon Master shouting ‘ELF NEEDS FOOD!’ Graphically the game is HD pretty, menus and character models don’t offer much, but the dungeons are beautifully rendered, have great lighting and are peppered with various environmental effects. Enemies don’t leave corpses, but they do leave attractive bloody smears, which is satisfying after a big session of crowd control. Especially when they are trapped in a doorway, making a welcome return are monster generators which must be destroyed before they fill the room with monsters. One of my happiest young gaming memories comes from standing behind a door with my Dad watching a room fill with ghosts before we charged in Butch and Sundance style.

Generally the dungeons are split into rooms or arenas, enter one and the doors slam shut behind you. Doors that do not open again until the room is cleared of its inhabitants, rinse, repeat old school style until you get to the exit. The levels are essentially corridors and the gameplay is now more of a twin-stick shooter, but it is fun and once you get past the grinding one more go is the way to go. Death comes to us all, there’s no escaping the finality of it and especially in Gauntlet. In the old days, the Grim Reaper made regular appearances throughout levels, impervious to damage they would follow you until you escaped or managed to zap them with a potion. These days things are different and brings about one one real gripe. The Reaper is huge, taking up far too much of the screen, he does vanish regularly for a few seconds reprieve, but it just doesn’t feel like they got it right. There are two types of level, levels without Reapers which are a pleasure to play and levels with Reapers, which just become a rush as you desperately attempt to clear rooms while avoiding being tagged by Death. As the game gets harder Death tends to kill the fun, causing frustrating retries, blocking any attempt at strategy and wasting tokens. All in all, not quite the retro joy I was hoping for, but a suitably modern take on a classic. Fun in a crowd and daunting solo, with a dash of tongue in cheek humour Gauntlet has much to enjoy and really deep down only Death to lament. 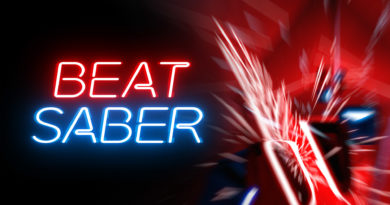