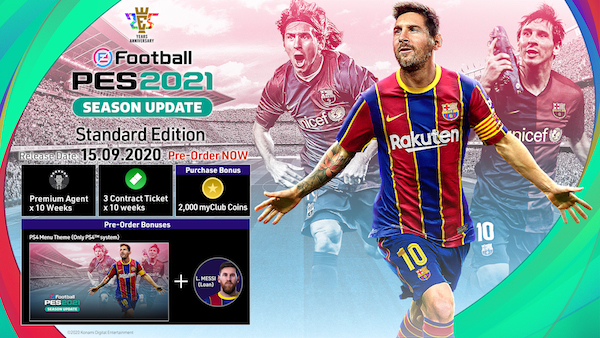 PES 2021 or more accurately Pro Evolution Soccer 2021 has arrived in an unusual year. Historically 2020 is going down in flames and across the world sport is no stranger to lockdowns, delays and cancellations. What better way to get the rush of live soccer when you can’t, than to fire up a crisp new game and kick a virtual ball? This year’s Season Update to last years very good PES is the answer.

eFootball PES 2021 and I are familiar bedfellows. Apart from GTA one of the main reasons I bought a PS2 was to play Pro Evo, and before that we were friends on the N64 in the guise of International Superstar Soccer. The good old days.

PES had a different play style going for it, but the lack of licences for clubs and players was always a bugbear. Happily those days are fading and player’s names are getting completed.

Although sadly, even a 7-2 drubbing of Liverpool doesn’t get Aston Villa away from being called West Midlands Village.

PES 2021 has more options than the half time pie shop.

PES 2021 comes with options aplenty and does its level best to remind you its a constantly evolving service. The usual suspects are front and centre My Club, Become a Legend mode and the Master League. Of course sometimes you just want to kick a ball around.

A sign of the times and the Online heavy world we live in is the insistence of updating ‘live’ player data every time you fire the game up. All well and good, but after a few days away it’s annoying to keep passing through mini-updates and messages from the developers. One of the bonuses from getting access to real players is the form updates. Does it really make that much difference and given the game is driven by ‘your’ ability – does it matter?

The League options are the same as usual, the Master League has a bit more going on in Training and Press Stuff. However given my lifetime achievement awards with CM97/98 the developers do have some weird ideas around contracts, negotiations and the like. The Master League has always offered a deep and rewarding experience, but its always felt like a challenge to go the distance. There is something about separation from a real league that makes it less attractive. Unless you are the nutter that wants to edit every team before you start.

Make a statement on the pitch.

Wrapping aside, its the nuts and bolts of the gameplay that matters. This is where PES 2021 hits the sweet spot, other soccer games have become more demanding over the years. Combos and tricks relying on dextrous players with photographic memories. Let’s not forget the beautiful days of one button wonders like Sensible Soccer. PES 2021 is playable without the in depth knowledge of a savant. Its a game that can scratch your soccer itch by managing the basic moves. If you’ve been near the series in the last ten years it’s all muscle memory anyway.

Knocking together a few passes, a through ball and a deft flick around the keeper all flow quite naturally once you’ve warmed up. In fact whether there’s some auto-aiming at play it has to be said, crosses, headers and even free kicks all seem to be a lot more on-target. Which translates to being playable and making the player feel fully capable.

The wind is whistling through the stadium.

The sound and ambience is lively, the commentary has come on year after year. You no longer hear such classic repetitive lines over and over again. Stadiums all look nice enough and the individual members of the crowd are certainly better than the COVID cutouts we’ve seen this year.

Player models are crisply looking like their real life counterparts and there is plenty of animation to breath life into them. It’s easy to see where some real player personality has been injected and you can accept that they would be celebrating the same way.

Apart from the persistent updates, one online nugget I do quite like is the Cloud Games your My Club Team plays when you are offline. Call of Duty tried this with bots and its a nice surprise to wake up and find your team gave a stranger a wee kicking! That said, losses often follow wins. Playing the online Manager games with your club is distressing to watch them crumble.

The whole My Club phenomena is not something I’ve particularly engaged with, especially in ‘other popular football game’. But for research I dove in for an evening and found there is pleasure sure. Tweaking your team setup, spending experience on new players and throwing them out for games. Matches played in person on and offline or in the asynchronous fashion. To be honest I spent more time levelling up players and scouting new signings than playing. It certainly brought out the RPG Lite demons in me.

However ending the night with a better team. Then promising myself I’d Scout a few more players tomorrow proved I was on board. For somebody that just wants to pick up and play a quick kickabout. I now see the attraction of having that kickabout with a somewhat impossible, but also awesome line-up. Colour me convinced.

It’s going to be decided in Extra Time.

PES 2021 is soccer for the world we’re in today, it does exactly what it says on the tin. There are a wealth of options and systems to adopt, details to absorb and hours of play.

It’s accessible and playable, with the release onslaught we face over the coming months. Those attributes will make it easy to go back to for a quick blat.

If you don’t mind sitting through the update screens. 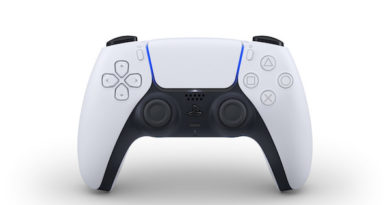 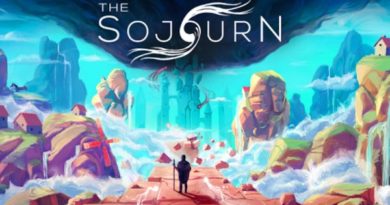