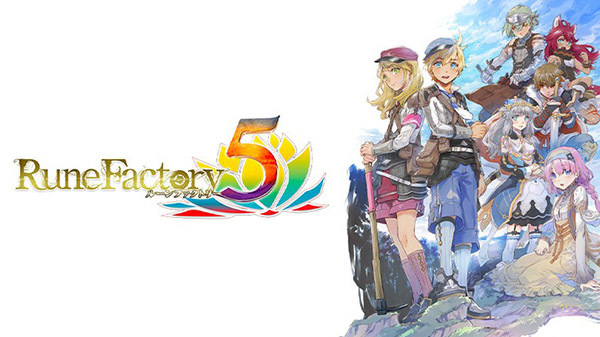 Full disclosure: I’ve not played any previous Rune Factory games. I’ve read that they employed a top-down view and that this is the first time RF has moved to 3D. I like Harvest Moon and I’ve played a bit of Stardew Valley, so I’m familiar with the idea of a farm/village sim. I was keen to check out how Rune Factory 5 also brings monster fighting into the mix.

Rune Factory 5 has the cosey, cute, comforting aesthetic down.

This is Animal Crossing meets Harvest Moon, with a light sprinkle of Monster Hunter. Nothing is overly complex or deep. You level up by doing literally anything and there’s no pressure to lean into any one part of the game, including the surprisingly robust story quest. If you want to just farm, you can. If you want to just talk to people and collect mushrooms, you can, and if you want to seek out monsters – go for it. Regardless of your pursuits, you’ll be greeted with chimed Skill-Up noises in no time.

There’s also a lot of meaningless dialogue. Too much. But hey, that might be your thing. I found it laborious, with none of the characters particularly interesting. You can build relationships with a handful of townsfolk and possibly marry one of them. However I’m yet to invest in social capital, happy to be a loner turnip planter with a penchant for whacking stones with a big hammer.

If you’ve watched any footage, you’ll notice that RF5 is not exactly a looker.

It has a fairly charming art approach, but its lack of texture depth and garish colour approach requires a level of forgiveness. The frame rate is also quite woeful, especially when you’re exploring the town or during fights.

Farming controls take some getting used to, as inputs are far from responsive. This is eased somewhat by upgrades that increase your range for watering and so on. A crafting system offers an avenue for deeper cultivation pursuits, the recipes for which can be procured by eating bread. Don’t ask me why. There are additional mechanics that add to the complexity of growing crops. Such as soil condition that can deteriorate over time or be upgraded through supplements.

As the new amnesiac in town, it falls to you to act as glue for the village, completing tasks from the notice board, receiving rewards and even having some power to determine the dates of town-wide events. It’s all very light and inconsequential, which is probably exactly the niche Rune Factory 5 is catering for. You won’t find any mind-blowing new mechanics or ideas that change the farm sim genre, just a nice, simple experience with enough space to allow you to toil, till, talk and tinker to your heart’s content.

I must admit that I took more to the monster fighting than the farming or social sides. You can venture out into the forest or dungeons, hitting creatures, closing the portals they spawn from and eventually unlocking special moves that you can map to buttons. It’s all low key, with boss fights offering simplistic move sets that are easily avoided. Even so, it’s quite fun to explore and level up.

That describes Rune Factory 5 as a whole: it’s quite fun. It looks okay, runs a bit less than okay, nothing stands out as overly great or bad. It does have an honest heart that might hook you if you are in the right mood for it. You can find dedicated titles that do each one of the constituent elements in Rune Factory 5 well, but I can’t think of anything that tries to do it all.

It’s got some pleasantly weird stuff, too. For instance, I ended up on the back of a giant dragon with a second farm area to work on. Effectively doubling my yield should I wish to put the time and effort in.

As an open, customisable, comforting adventure, Rune Factory delivers. You just need to decide how much vapid chit-chat you want to go with your cropping. 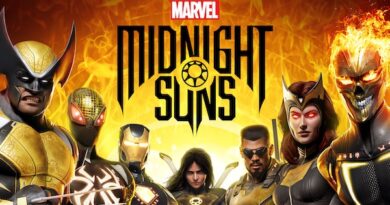