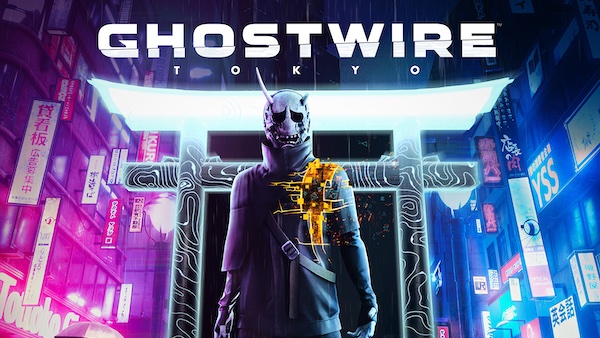 A short while ago I was privy to a Ghostwire: Tokyo preview. I came away from that session quite excited for the game, a new I.P. with some exciting mechanics, it looked like a shot in the arm for FPS open world genre games.

In reality, having had the chance to spend some time with the game, the new I.P. feeling still stands, but beneath the surface there are doubts.

The premise is undoubtedly unique, a ghost laden fog of ‘Visitors’ wipe out the population of Tokyo, leaving a spooky wasteland for your to play in. Throw into the mix, the players avatar (Akito) being effectively walking dead, in turn habited by KK. A spirited spirt of a Ghosthunter Hellbent on revenge. The big picture sets the scene and once the creepy poster boy antagonist comes into play things get topsy turvy. With evil Hannya Mask wearers kidnapping Akito’s sister for nefarious reasons.

At the outset, Tokyo is the star. Landmarks are apparent and the PS5 cranks the neon lights to eleven. As mentioned in the preview, the map is shrouded in an evil mist and areas are unlocked by cleansing Tori Gates. As the gates open up, so does the world, its well built and realised, while I’m positive its faithful I cant say I’ve been to actual Tokyo to compare. However even though the narrative puts you squarely in a night-time spookily empty version of Tokyo, the oppressive quietness of it starts to grate.

It’s great to have an ominous setting, dripping with atmosphere, but exploring the empty streets without traffic, or people or hub-bub becomes far too placid and pedestrian. The sprinkling of encounters do spice it up, but not in a way that enhances the experience. They are too well telegraphed, repetitive and the jump scare ambushes are predictable to say the least.

There is the lack of freedom too, when the preview ran through areas, it looked like there were plenty of nooks and crannies to explore. In reality, there are lots of repeated fillers, cookie-cuttter building entrances or stairwells that are simply blocked by invisible walls.

It’s a kind of magic

Again, harping back to the preview the combat was interesting and fresh. With the combined K.K. and Akito wielding elemental spells with gay abandon. In reality the roster of Visitors make it a shooting gallery. Throw spells to whittle them down, extract their ‘Core’ with some Dr. Strange inspired handiwork, then repeat. The actual feel of movement and aiming is off too, the character is very ‘slidey’ which makes landing strategic blows a challenge in heated exchanges.

The good guys also carry a bow, handy given the situation, especially with all the spare arrows lying around Tokyo… But, it has no tension in its use, Pull, Aim, Loose. The arrows never feel like they are flying, more like the instant hit from a gun. A weak one at that.

Having come to the game from an extended stint in Elden Ring, the combat is pale in comparison. Outcomes don’t feel earned. Even after levelling up offensive skills and buffs, the mix of spell types and their impact isn’t as enthralling as I’d hoped. I went into Tokyo expecting to come out an ass kicking Dr. Strange, I was wrong. Especially as encounters are generally about running backwards flinging spells at your pursuers.

The game also falls back onto some tried and tested tropes, Detective Vision, err, sorry, Spectral Vision being one of them. A quick tap of the button highlights paths and objectives, reminding you where to grab energy and what you can destroy.

The sum of its parts

It’s fair to say Ghostwire: Tokyo isn’t bad, but the component parts don’t quite add up for me. There are some excellent uses of the Dualsense, vibration and using the touchpad to unlock puzzles. Whereas at the other end of the spectrum, the incessant shouting from K.K. becomes old very quickly. For a game that relies heavily on creating atmosphere, it’s disjointing to have a angry Ghosthunter shouting Japanese at you from the controller in the darkness. The creepy static that precedes an attack by the Visitors is well done and effective though.

The city has its moments, including some excellent shaders, but once inside a dwelling or a store the illusion fails. Stores are stacked with poorly drawn assets, and they don’t budge if you start whacking them with magic. Likewise the other building you can enter are well created, but lack destructibility. Often an apartment is part of a side quest to satisfy an unhappy soul. Follow the markers and read the collectibles, you’ll be right.

Every store is populated by a Yokai shopkeeper. These traditional spirits taking up residence and keeping the convenience shops of Tokyo going during the vicious incursion. The first couple of Yokai encounters are cute, being floating fat cats, but ultimately they’re a bit samey. The same can be said of the local cats and dogs you run across. Reading their thoughts, feeding them and of course ‘petting’ the pooches is all in a night’s work. Petting dogs in games is always a big thing, but again it feels a bit repetitive.

There is plenty of verticality in Tokyo to be had, and by scaling the heights you’ll find objects and Spirits to collect aplenty. In fact the meta-game for collecting Spirits is interesting. Capture them in your paper Katashiro, which you can then deposit in the specially re-wired public phone booths all across the city. As you save Spirits the progress ticks on towards how many of the 240,000 you have saved. It also counts towards your levelling, which is nice, but expect to be collecting spirits well after finishing the story.

Something that aids traversal, but really is a shoe-in are the Tengu Yokai. Gargoyle-like spirits that hang around rooftops. You can reveal them with a smash of your Spectral Vision, then grapple shot off them to gain access. Its tenuous at least, a mechanic that aids vertical access, and is all too convenient.

Ghostwire: Tokyo is well presented, when it hits the target, it hits hard. Sadly it mostly misses, the kitchen sink approach doesn’t quite gel. The action adventure first person survival horror feels a genre too far, and the emptiness of the atmosphere is overbearing. The game is steeped in Japanese folklore and horror, but never really sets you free. There are moments of graphical artistry. But every reflective puddle high has a low, from the overloaded neons to the low-res shop produce.

I wanted to enjoy this new and inspired IP a lot more It’s okay, but Ghostwire: Tokyo is not the game I want right now. 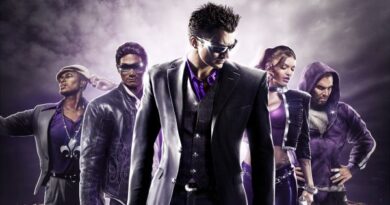 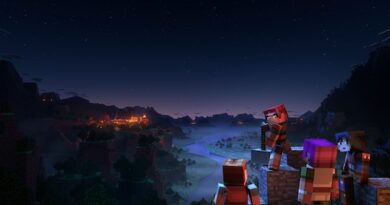 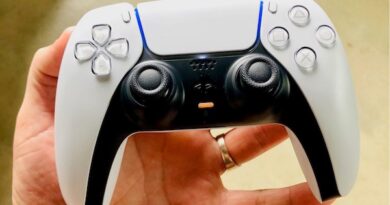