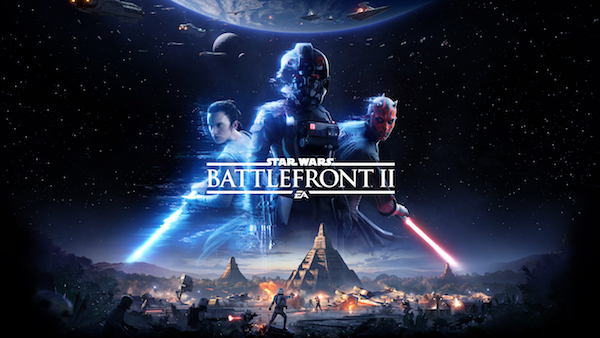 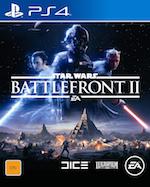 Star Wars, you can’t pass it by, especially when you get the chance to live out those schoolyard fantasies in First Person. Or so you think.

Going into Battlefront II feels okay, its shiny and Star Wars enough, however for all the polish attempting to outdo the previous game the UI feels cluttered and overdone.

The old game was crisp and clean, lots of white space complementing the personalised greeting it gave you. This time round you get smacked in the face with “Come here and open today’s loot box!”

I have a bad feeling… 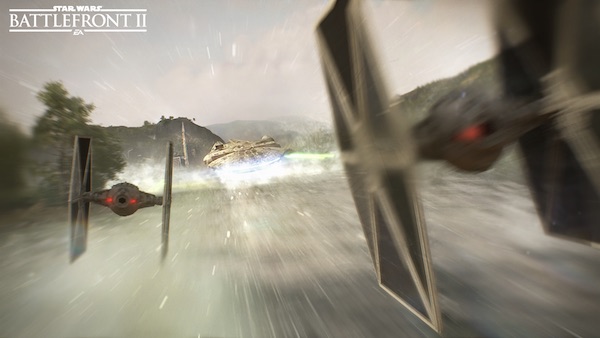 The drawcard  this year is the bolted on single player campaign, a tale of the derring-do surrounding Iden Versio, Elite Trooper of the Empire, Rebel Scum Killer and all round badass with complex human emotions.  But she feels fake, not only does she feel fake, she looks like a character generated in Mass Effect. She just doesn’t carry herself like a monster and that kills it for me. 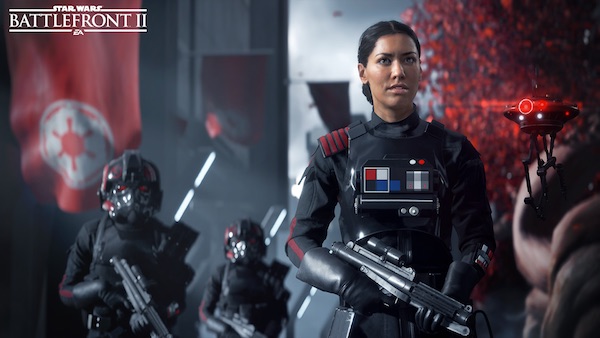 We’ve been on the other side of the war before and it played out well, but in a game where the multiplayer will kill you over and over. Spending time in the apparently invincible shoes of Versio just doesn’t cut the mustard, it feels wrong. Admittedly there are nice touches with gadgets or controlling your droid to open doors and some twists in the narrative, but you can’t escape that funnelled feeling of a shooter from a generation ago. Speaking of which the AI leaves a lot to be desired and corpses do some bizarre things in their final moments. On top of all that moving Versio around feels a bit too floaty.

Then there is the flying, jumping into a Tie Fighter and spinning wildly like Vader at the end of Episode IV, you might hit your targets in time,  but then you might not and will have to start the whole sequence again and again and again. Last year we had the X-Wing VR mission and it was a joy, why can’t I opt in for this again? 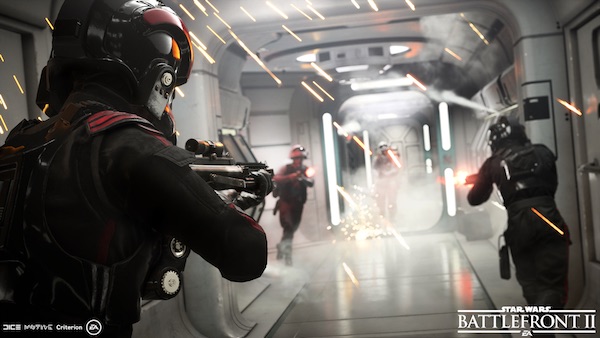 So, there’s single player, but this is Battlefront and that requires Multiplayer, in spades. Covering maps from some of your favourite Star Wars settings the game gives you plenty of options, including some reworks from the last game. Divided clearly between ground based games, with aerial support to full on dogfights you can happily specialise. Effective flying takes practice, so getting some grounding first is worthwhile unless you want to crash and burn like Porkins. The good news is that Walker Assault is back and that’s a mode where you can still feel like you are contributing even when you die plenty and can’t even ace a Womp Rat in Beggar’s Canyon. 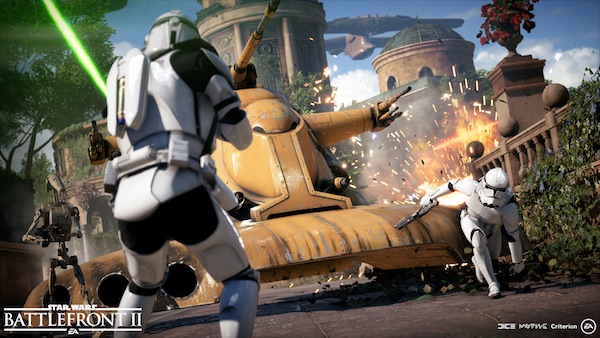 Multiplayer comes, unsurprisingly with character progression and that comes had in hand with currencies for unlocking things and those currencies come with micro transactions.  Which of course are evil and a product of the Emperor, but they have been withdrawn ‘temporarily’, consider that a win for the Rebel Scum. Whether they come back is a moot point, the masses will ignore the quick option to bolster their stock of upgrades, but there will always be the quick and foolish that will buy their way in to gain an advantage. It’s not pretty, but on the positive side the upgrade system is so overworked its a trite confusing and is in no way something you can tweak between matches. 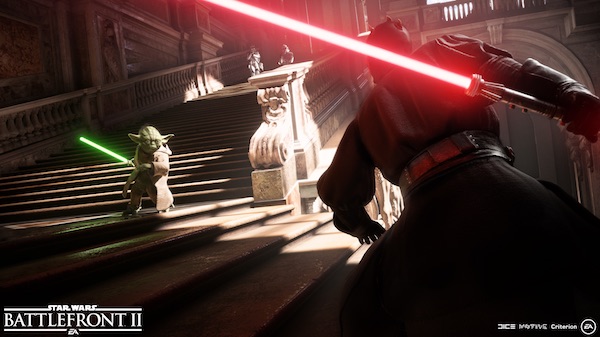 Play well enough in the game and you can spend points to spawn in a vehicle or as a hero. To be honest the vehicles should just be available on a timer like they were before and I can play these games happily without the Hero characters. As ever, other people seem to be invincible when they have a hero whereas you are extra fragile. It’s strange, but true. It really is hard enough to keep tabs on the action and stay alive without the depressing sight of  Yoda bouncing towards you. Yes it might be Star Wars, but it should be about the battles, boots on the ground, not weighed down with the addition of Tank characters, whatever skin they are wearing.

Overall, its a shame because the promise of the original has not been fulfilled. While the graphical and Audio work is stunning its the gameplay that brings it all down, that and the threat of micro transactions.

It may be the darkest hours, Battlefront II may be the Empire Strikes Back of the series and let’s hope there is a Return of the Jedi around the corner. 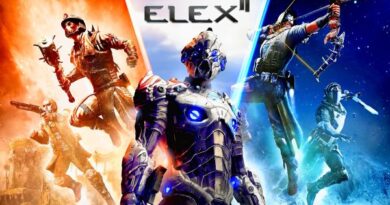