Cars with guns? Michael Gray is on hand to wonder if it still works. David Jaffe’s Twisted Metal first made its way onto the Sony PlayStation in ‘95. For those new to the series Twisted Metal is essentially a car combat game with a few darker tendencies. This Twisted Metal reboot marks the first time the series makes an appearance on the PlayStation 3. It’s developed by Eat Sleep Play and a team lead by David Jaffe, many of whom worked on the original series.The basic premise of Twisted Metal is there’s this guy called Calypso who organises a vehicle combat tournament — a fight to the death if you will. Calypso will grant the winner a wish, their greatest dream. When playing the campaign you start off as the lovable Sweet Tooth (the cheery flaming clown on the front of the box). Among playing the missions you get to watch some rather dark, albeit cheesy B movie sequences. As you complete a character’s story, another is open for you to play; that’s Mr. Grimm and Dollface respectively. The missions for each character range from standard deathmatches to races, to even boss battles. While I kinda knew what I was in for when booting up the game I didn’t know I’d be thrust into the thick of it. I’d recommend starting the tutorial before jumping in. Getting used to the controls is a pretty steep learning curve. Every button has a use. Heck, to even jump you have to press two buttons simultaneously. A boost requires a double tap of acceleration, while a second boost is triggered by flicking the Sixaxis controller. Some of the powers are tied to the D-pad which requires some quick finger manoeuvring. Rather than use the default controls I switched to the racing control option, because who wants to accelerate without a trigger these days? Eventually though, through much trial and error you do get used to it. The handbrake is a lifesaver.

This is no Mario Kart or Crash Team Racing where you can only hold a single power-up. In Twisted Metal there are a bazillion power-ups you can pick up and switch between. What happens, to me anyway, is you just end up rapidly hitting fire, and watching your opponent’s health bar drain bit by bit as they’re pounded by missiles, lasers, and RC cars. It’s great, but then again the same can also happen to you.

Each vehicle has its strengths and weaknesses, and its own special abilities. One car has a flame thrower while another can throw taxis. Sweet Tooth’s ice cream van is practically a Transformer and can change into a mech. The Juggernaut on the other hand is a beast of a vehicle which is nigh impossible to turn corners in, but can knock your opponents senseless, racking up some nice easy kills. The helicopter can well… fly. The novelty soon wears off however. It’s hard enough dealing with all the freedom the ground entails. You are less of a target, but on the other side of things scoring kills ain’t as easy. Besides the standard Deathmatch you can play various team objectives. In Nuke teams take turns between offense and defence. When attacking you need to grab the team leader, who is manning a turret somewhere in the map, and keelhaul him behind your vehicle. You then need to locate one of the missile launchers. One is usually off roaming about, while another is stationary. Both of which are pretty hard to use when you’re being shot at from every which direction. You have to stay confined to a small area until you die, or lady luck gets on your side and the missile launches, crashing into the opposing team’s giant statue.

While yes there is online, and it works pretty well too — provided you can find a game — Splitscreen is back once again. Yes that feature you thought was dead and gone. A flashback to the days of the Multitap. Though these days it’s a littler harder squeezing you and three buddies onto a couch. Playing with two people allows you the full use of each map. Four on the other hand leaves you with smaller sections of the wider map. Mind you when I say ‘smaller’ it’s actually still rather big. For four it’s perfect. 16 might be another story.

As for the maps there’s a decent selection. My least favourite being the one on top of skyscrapers. And I think my buddies agreed after a round of us committing mass suicide.  For some reason I remember Twisted Metal: Black being a lot more fun on rooftops. Either that or I’m repressing some haunting memories. As a general rule the levels have great verticality, lots of nooks and crannies to explore, tons of traps and environmental hazards.

Twisted Metal does look newer and nicer in its reincarnation on the PS3. But ignoring that new coat of paint it’s essentially the same game played across the span of PlayStation consoles before it. The campaign didn’t interest me at all. Thankfully you can play it co-op which makes it at least bearable.

But really Twisted Metal was meant for the multiplayer. It’s a flashback to the days before Call of Duty unlocks, where the focus was on the fun, not on what you could earn. But I think some sort of perks system would have extended the life of the game. There is a tight knit community if you’re dead keen on online (mind that pesky PSN pass) and are in it for the long haul.

Jaffe is gonna set my head on fire for saying this, but my one recommendation (unless you’re a diehard fan) is to rent this puppy out, nab a couch or two and a big TV, grab a few mates and enjoy a night of ‘old school’ gaming. 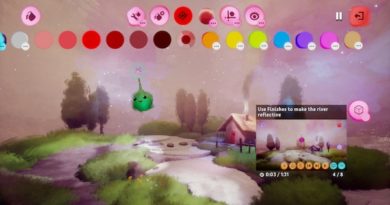 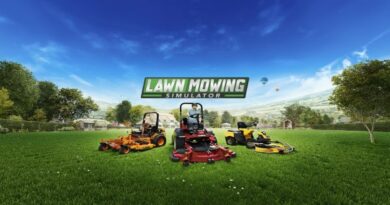