Ozzie & humour are words that don’t often play nicely together, but 2k Australia have it sussed. Strap in for some action its time for Borderlands: The Pre-Sequel! For those who didn’t get enough ‘Shoot n Loot’ action in the two previous Borderlands games. 2K Australia, under the guidance of Gearbox Software, have come to the rescue with a game that dedicated fans of the series will love and find very familiar.

The Pre-Sequel has four new vault hunters with all new and varied skill trees to level up. Wilhelm has two air born drones to assist him in battle, Athena brandishes a Captain America-esk shield to absorb damage and throw, Neisha ‘The Lawbringer’, can enter a lock-on targeting mode for the fast dispatch of multiple combatants, and there is finally the inclusion of a playable Claptrap, who is as hilarious as ever. Claptrap’s action skill is very different from the other Vault Hunters. It is a randomised bag of tricks which can range from deploying turrets, setting traps, going ‘Berserker’ with dual weilded guns or brandishing a huge melee weapon, and that’s just to name a few. The drawback is that the player never quite knows what the skill will be, and in the heat of a battle the right or wrong skill could make all the difference. The look and feel of the game will be very familiar to veterans of Pandora, even though the Pre-Sequel actually plays out on the moon of Elpis. The game runs on the Borderlands 2 engine and many of the art assets have also been re-used. Unfortunately the stiff animations, blurry textures and random technical issues of the previous games have also remained. Considering we have had new consoles for a year, it’s strange that this is a dedicated last gen (PS3 and Xbox 360) release and further to this, the graphical quality will be very jarring for anyone who has spent time with the new generation of consoles, as this is not a pretty game. The story is an origins tale for the main antagonist of Borderlands 2, Handsome Jack. The huge “H” space station that ominously floated overhead in the previous games, has been overrun. A lowly Hyperion employee named Jack, is directed to reclaim it.  The Vault Hunters are enlisted to help him in this endeavour and so the adventure begins. Although the story clears up how Jack becomes the meretricious villain of Borderlands 2, it is a generally bland narrative.

Story aside, gamers can still enjoy the great Borderlands humour and dialogue all have come to love.  2K Australia have done something very different using wonderfully thick Australian accents for almost all of the main quest givers, characters and enemies. The ‘Green and Gold’ humour has also been liberally applied throughout with plenty of Australasian tongue in cheek jokes, enemies regularly referring to the Vaults Hunters as “Wankers” and “Dick-heads” and many locations having blatant Aussie ‘shout-outs’, such as one spot named  “The Empty Billabong”. It’s all very fun and light hearted and as a Kiwi, made me feel a sort of related to the development……by marriage. Borderlands: The Pre-sequel is still all about guns, guns, guns, XP, shield mods and class buffs, but a new addition has been made called ‘Oz Kits’. The Oz kits provide Vault Hunters with Oxygen when venturing on the lunar surface and as there is far less gravity on the moon, they also give the ability to perform floaty double jumps and augmented ground pounds. This has led to very different level design, with a lot more verticality, allowing players to bound to rooftops and change altitude within the levels quickly. Its implementation has merits, such being able to explore more freely than the previous games, but the time limit attached to the oxygen supply seems unnecessary and means one more thing to manage amidst the chaos that is a Borderlands firefight. Two new vehicles are also on offer. A moon buggy and the pick of the pair, a hover bike. It can sail over chasms and also possesses the same ground pound skill Oz kits give players. It can’t help but be said that The Pre-Sequel feels more of a massive expansion pack, as opposed to a new game. The menus, mechanics, guns, maps, quest systems and enemy types are all inspired, if not indistinguishable, from Borderlands 2. Granted, the low gravity jumping and new gun categories like lasers and ice weapons change how combat situations can be approached, but the similarities to Borderlands 2 are un-mistakable. No revolutionary ideas or advancements have been made to the franchises core ‘shoot and loot cycle’, but why change a good thing. If Co-op Vault Hunting has never been your forte, then perhaps give this a miss. However, if you have played through both the previous Borderlands and still want more. Then this is an Aussie love letter, asking you to come down to the Billabong…and shoot some dudes in the face.

Me and My Trico, PS4 thoughts on The Last Guardian 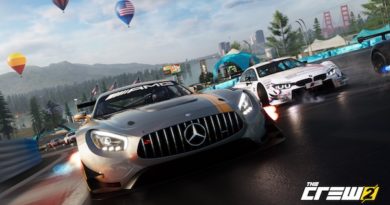