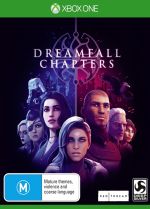 Back in the golden era of point and click, Lucas Arts reigned supreme and I was a huge fan of the genre on my PC. Unfortunately I’m am far from convinced that these games work well on consoles. Or maybe these games are now too mundane and slow paced for our hectic, need everything now, style of living. 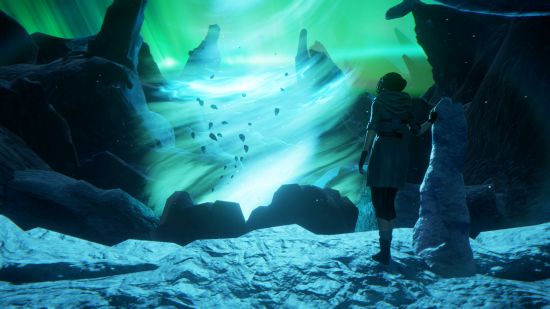 Don’t get me wrong, Dreamfall Chapters is a beautifully artistic game that will be enjoyed by many, it would be a great gateway game to entice more people into gaming. It looks great, not childish, and not going to kill you off every time you stop to think or make a bad decision. Think of it as the opposite to Dark Souls. The storyline could be see as a bit complex if you don’t have any knowledge of the previous games but a quick read of the wiki pages for The Longest Journey and Dreamfall: The Longest Journey will have you up to speed in no time. There is also a quick in game recap for players who may have forgotten the previous stories. 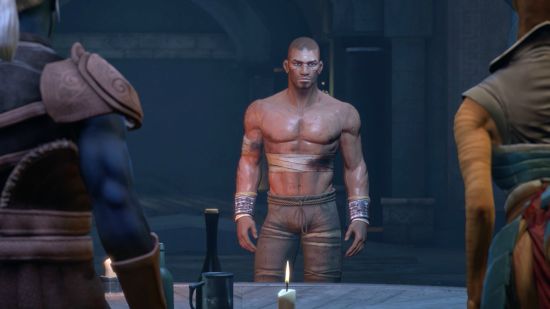 Basically Dreamfall Chapters has you living in the distant future with a parallel universe called Arcadia and a big bad conspiracy to enslave people by stealing their dreams. You move between the parallel worlds and control different characters to resolve this nasty conspiracy. All while on your own longest journey, your life. The game itself has some quite deep philosophical ideas and even has been said to draw on Aboriginal Mythology, especially the idea of Dreamtime for inspiration. You can read into these philosophies as much, or little, as you want. There is definitely some interesting concepts but as with any beliefs or religion it is up to the individual to decide, me, well it is all just another fictional game to me. 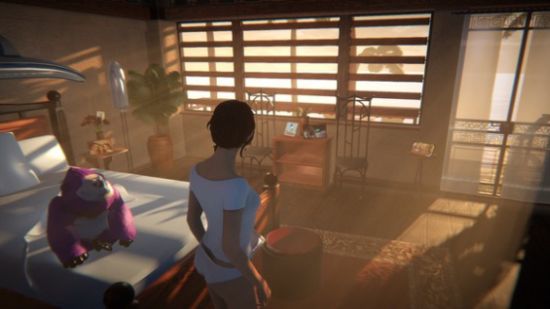 Visually, as mentioned, Dreamfall Chapters is beautiful. The style of game allows for this of course, it is basically a fixed setting with you wandering around interacting with items and people. Unfortunately some areas come across as quite sparse. It is as if they have really concentrated on key areas and neglected others and the contrast between these areas is really obvious. The soundtrack for Dreamfall Chapters is seen as good enough that a separate CD is included for your aural pleasure. Unfortunately, to me anyway, the soundtrack is not memorable at all, at no point did I go wow, wish I had this on CD. Actually I can’t even remember pausing because a tune caught my ear… 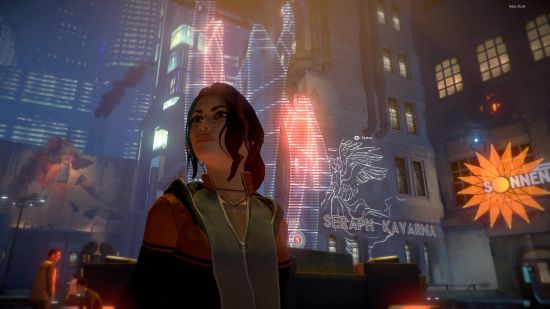 As you would expect from a game with the word Chapters in its name, Dreamfall Chapters is quite well broken down to bite sized chunks for you nibble on. And thankfully so. Due to its slow pacing I found myself drifting off on more than one occasion so it was good I could leave at certain points and go and play something else but be able to return at a known point. It may be because my gaming time has become limited now days so I need more bang for my time, or maybe there are just better styles of game that I enjoy more, who knows?

Dreamfall Chapters never really grabbed me. I’m going to say it is more of a genre thing than it actually being a bad game. As a game it is good, just not for me. I went in with memories of Sam & Max, and Guybrush Threepwood, maybe the odd tentacle, but this was a far more serious setting, more deep, more adult. The world is crazy enough in reality, I just didn’t want to deal with another realities problems in such a slow manner. I wanted escapism. I wanted more pace. I wanted a big gun!