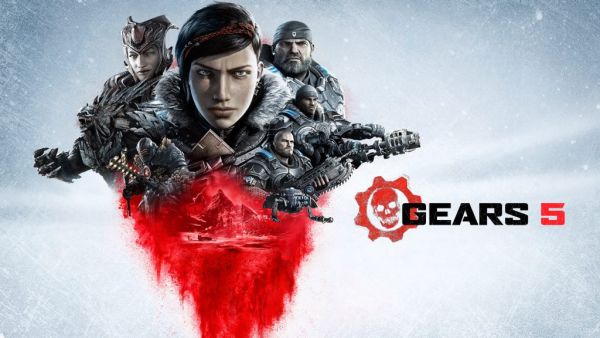 Now, the first thing you may have noticed from our Gears 5 Review is that the Gears seem to have lost their ‘of War’ tag. But don’t fret, Gears 5 is well and truly the next instalment in the fantastic Gears of War series. And lets just get it out there, it’s a good’un.

Following on from Gears of War 4, Gears 5 has Kait Diaz taking the lead role with all you favourite characters in support, including Jack, the ever helpful robot.  That is all I will say about the story and characters as it is a fantastic, and emotional ride that everyone deserves to enjoy unspoilt. I have even moved away from my own screenshots and used generic promotional shots so nothing can ruin it for you. 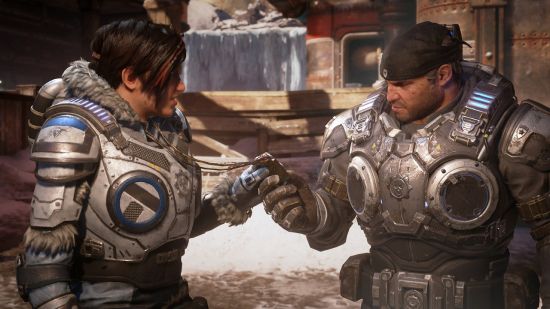 Visuals. Wow, what can I say. Playing in 4K HDR is a dream, right from the opening scene I found myself being a bit of a tourist and taking in every angle of the beautiful devastation you are dropped into. One would have to think that developers are really getting the swing of this 4K HDR lark and pushing games to the limits after seeing Gears 5. The scenery, the characters, the lighting, pretty much everything is just gorgeous. I’m going out on a limb here and going to say that Gears 5 is the closest thing I have seen to a visual masterpiece so far on Xbox…

And to tie in with the stunning visuals is some classy audio work. I run an older Dolby 5.1 setup and was finding myself fully immersed in the sounds of Gears 5. Locational sounds were great and the way conversations switch to radio communication if you move too far away sounded particularly good. But the show stopper was the all enveloping sound that bombarded you in a storm. It was just fantastic. 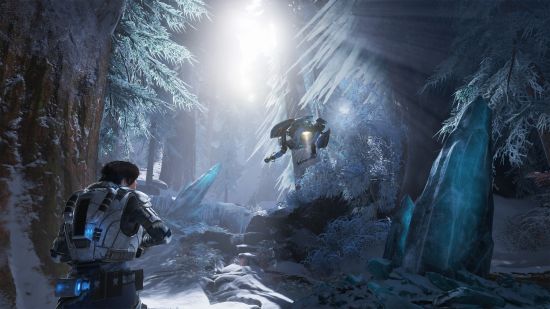 It is still Gears of War.

Gameplay is what you are use to from a Gears game, the good old third person cover, based shooter. The big change for Gears 5 is some large open world style areas. These areas have your main mission goal on them but also have several side quest areas for you to discover. These additional areas, while completely unnecessary for the completion of the main quest, are a great source of upgrades and parts for the second big addition to Gears 5 and that is the RPG-lite elements for upgrading Jack. An upgraded Jack can really turn the tide in the tougher fights but it is totally up to you whether  you take the time to source the required parts.

Also lying around these areas could be unique Relic weapons. Fans of the franchise will love these, although more because of their nostalgia than any extra firepower. To get around these large open areas is the introduction of the skiff, a wind powered dog sled set up that is actually really fun, and easy, to control. There is even some storage on it for some back up firepower. You know, just in case… 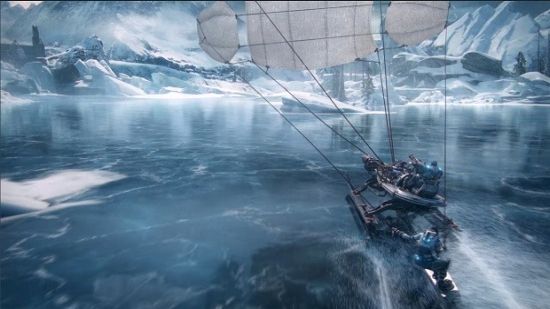 Can I Play Too?

So that is the campaign covered off, but we all know the legs of any Gears game is in its multiplayer. And I can see plenty of legs here, that is for sure. Our venerable favourites are all here in a variety of Versus modes and Horde mode, of course, makes a return, but we have a couple of new kids of the block this time round in the form of Escape and a Map Builder. Escape has you entering enemy hives to set a bomb and then escape the quickly spreading poison gas. While all the time dealing with the grumpy locals. Very high pace, and high risk.

The Map Builder is a pretty powerful design tool which allows you to use existing game assets to create maps and challenges for you to upload. Don’t get too tricky though, you have to be able to complete the map yourself before you can upload it. Once the Gears community sink their teeth into this mode there will be huge amounts of content. 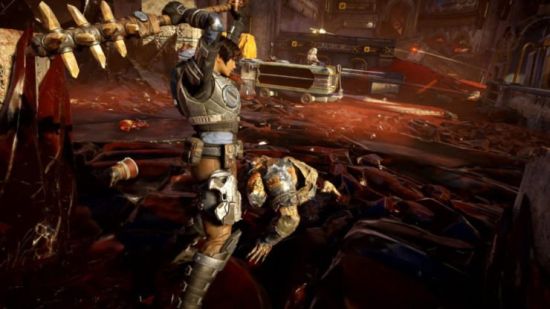 Gears 5 is just an all round stellar package. The campaign story is an emotional tour de force. And with the open areas thrown in, it will take you a decent amount of time to complete it. So enjoy it, it is not one to be rushed through for the sake of completion achievements. Then you have the massiveness of all the multiplayer modes. It is Gears and it is good. I expect there will be a huge player base for this for years to come. And lets face it, being released on Game Pass is only going to increase these numbers.

But the one defining thing for me is the visuals. Many games this generation have impressed me but few have wowed me. Gears 5 has done more than that. I was killed by Gears 5 several times because I had become a tourist instead of a soldier. Trust me. You will all have that moment when the light is just right. You just have to stop and stare at your surroundings. Just make sure the area is clear first… 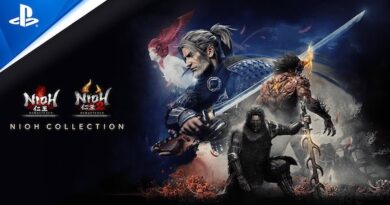