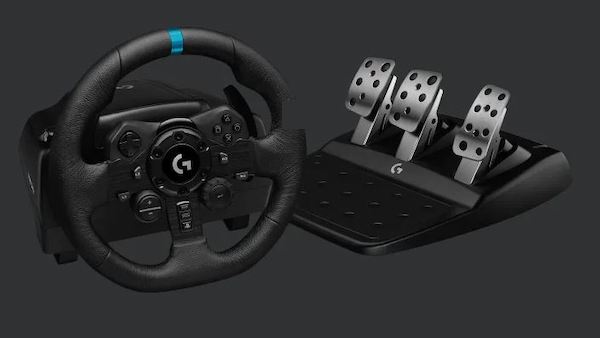 It is not often I use a piece of gaming hardware and within minutes I curse, throw my hands up in horror and sigh an all-mighty sigh of frustration.  But this actually occurred whilst using the new Logitech G923 Racing Wheel. Kindly on loan from Logitech NZ. My unbridled emotion was not due to the quality of the product I was Reviewing however…far from it!

My reaction was due to the realisation that my once held perception of what was “fun” in driving games had just been destroyed. I realised in those moments, I could never go back to a standard controller in a driving game after using this awesome bit of kit. And as a direct result, I was going to have to spend some money.

The G923 wheel is the new “TrueForce” force feedback sim racing wheel, and also includes a full 3-pedal setup. It is the replacement for the very well received G29 wheel from 2015. For this review I just used the tip-tronic paddles on the wheel itself, but a seperate gear shift is available as an add-on for around $90 extra. Unboxing the G923, I instantly noted its weight and build quality. It’s hefty and strong. I connected the wheel to my PS5 with its single USB lead and started up Gran Turismo 7.

Pleasingly, GT7 instantly knew I was using this latest wheel, all the settings and menu navigation integrated flawlessly. It all just worked, literally plug ‘n’ play. The buttons from R2 to X are all there, satisfyingly solid and well made. I loaded up my current GT7 save (which had all been played on a controller up to now) and started racing. The wheel vibrated in my hands as the engine revved at the starting line, off I went clipping through the gears on the tactile tip-tronic paddles, before slamming back down the gears and hitting the apex of the first bend at Monza. The wheel buzzed in my palm as I crested the rumble strip…and that was when I had my measured tantrum.

What an awesome bit of kit!

The sense of control the wheel gave me, the feedback I received from the road surface and the realistic handling sensation as my cars traction changed under tyre were all amazing. This isn’t hyperbole…I was honestly surprised how different my experience was compared to the time spent with a controller. GT7 went from a fun car racer…to a car racing SIM and I loved every second on the track. But for me, the most rewarding time spent with the G923 was actually with Dirt 2.0. A game that also has the Trueforce ‘code’ packed in.

The variable surfaces, brutal car physics and the heavy punishment of errors in Dirt Rally, solidified what a game-changer a good quality wheel meant. Sitting at the starting gates and powering away, the wheel jerked to the left as the engine and 4wd systems torque effected traction. Snapping through gears changes on the paddles, as the blow-off valve chirped, immersing me even further in the stage. Braking heavily on my pedals, the wheel shuddered. Proper feedback from my car, told me intrinsically I had over-braked and the car began to slide. There was a whole new element of input and feedback from the game systems. I had already spent hours with on controller, but from the moment I started driving, it felt like a whole new game.

A faulty nut at the wheel?

I spent hours over the course of a couple of weeks. Playing GT7, Dirt Rally and F1. It was just brilliant. A couple of minor gripes cropped up though. The middle pedal, the brake, is too stiff and its hard to have a deft touch, especially in Rally when both feet are going flat out, to control power and braking inputs. The other issue is the quality of the cabling. The USB lead to the PS5 and the other connection cables from the wheel to the pedals, all feel a bit cheap when compared to the high quality of the rest of the wheel. Some braided cables would be far better suited to the job and compliment the package. But that’s it, I cannot pick a single other thing to complain about.

Overall it’s a stunning accessory for a PS5, Xbox or PC.

The Logitech G923 steering wheel is not cheap, with its RRP around the $600+ NZD mark. That is a lot of money, but in this particular case, its a strong argument for the adage…”you get what you pay for“. I loved every moment with the wheel and was gutted I had to send it back to Logitech NZ.

The Logitech G923 completely changed my driving game experience, and I cannot imagine playing Dirt or GT7 without one now…

So, I’m going to be buying one. I guess I can’t give it a more definitive “Review Opinion” than that. 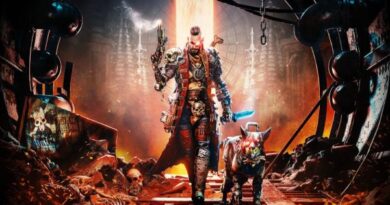 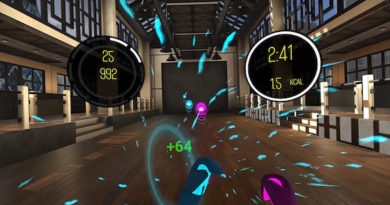