Buttonmasher regular Barrie Clarke has a fantasy go at batting for the other side.

Everyone secretly loves playing the bad guys. And when it comes to Role Playing Games you can’t get more typically bad than Orcs and Goblins. The festering green skinned hordes who will always be standing in your way, whether you are on a world saving quest or just picking flowers for a local Mage, it’s always the green skins giving you grief. So now thanks to Of Orcs And Men you get to switch it up and become those nasty, pesky creatures and annoy the humans on your terms.

Firstly and somewhat sadly, you are still the good guys in Of Orcs And Men. The humans are not playing nice and therefore place the quest you are embarking on as a typical ‘save the good guys from evil’ affair. A bit of a shame as going out and slaying little old ladies and burning and pillaging quaint villages would have been a fun diversion. But I guess this way you get to keep your morals intact while stomping across the landscape as a big green Orc, and of course your small Goblin sidekick guide. Although they really have mixed up the races here. You will find yourself fighting both against and with just about every race at some point. Basic premise has you playing Arkail, a member of the Orcish Blood Jaws, tasked to assassinate the Human Emperor and therefore free the Orcs from slavery and persecution. The mindless hordes of Goblins are also being exterminated by the Humans so Styx, a mysterious talking Goblin steps up to aid you in your quest and guide you into striking distance of the Emperor. So together you have the brutish strength and size of a skilled Barbarian and the speed and stealth of a classic assassin. Levelling up seems to come fast and often so you will soon find yourself with a good selection of skills and abilities and as long as you manage to keep one of your team standing you can always revive the other. Each mission or quest is given from a central location like an Orcish village or hidden rebel camp where you will typically find the quest givers and a trader. The loot and equipment side to Of Orcs And Men is very minimal but is fun enough allowing upgrades and boosts to various skills and attributes. The items themselves aren’t even given the obligatory Gold value but instead you are assigned ‘Trade Points’. Basically you get one point for selling an item and need two points to buy an item, while upgrading weapons and armour will only cost you one point as well. But once ready to embark on a quest you will find that the world is about as closed as you can get. Invisible walls stop you from exploring and you will find yourself led to the required area via a cut scene. All areas are extremely linear and don’t require any planning or exploring. Even if there is a choice to make you can be guaranteed that all you will find is a short dead end with maybe a bit of loot, maybe. There is a map available but it all seems a bit pointless. Gameplay is pretty cool and is an almost turn based tactical affair with you being able to switch between Arkail and Styx at the press of a button. By using the shoulder buttons you slow the game right down while being able to select between your various skills and attacks. Hit the shoulder button again and your chosen action will be carried out. You can map two skills to the trigger buttons and attempt to go all action RPG but this will only get you through small encounters. Between the power of Arkail and the speed and ranged attacks of Styx you can try various combinations to suit your play style. Including sending Styx in to areas in stealth mode to kill enemies off without a fight. Just remember to leave Arkail around the corner out of sight!

Of Orcs And Men is a good looking and interesting take on the well known RPG universes we all know. Unfortunately it does tend to lead you by the hand on many occasion and on other occasions drop you straight into a new quest just by asking an NPC the wrong thing at the wrong time. It’s fun though, but maybe caught between the downloadable titles and Full Retail titles. You should have it all wrapped up in under 20 hours and there is basically no replayability. Grab it if you see it cheap, or even rent it. It is a game worth visiting, just beware of the excessive use of the F-bomb from our foul mouthed little Goblin. Although he does come up with the odd little gem of a comment at times. 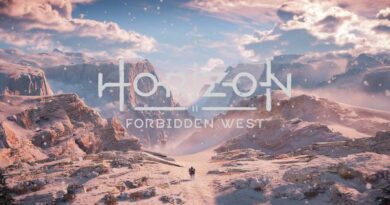