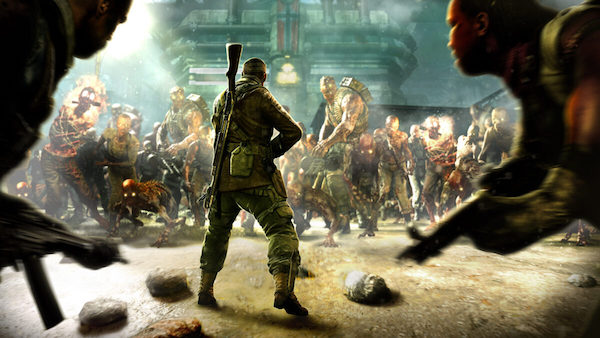 The Zombie Army franchise is one I’ve not picked up before, which is strange to me as writing this Zombie Army 4 review ticked so many boxes. The zombie genre is evergreen and whether you are a hardcore horror zombie fan, or kitsch, tongue through cheek zombie fan there is always something to sate your appetite.

Zombie Army 4 is going to have those demographics covered, no mistake.

The premise builds on the mystical side of World War II and Hitler’s alleged obsession with all things occult. At this point I have to say, I feel like I have missed out on the previous three games, so will be adding them to my backlog. It’s a classic tale of hokum; The War was won, then soon after a Nazi Zombie threat emerged across Europe. Cue a band of motley heroes to raise hell and save the world. Not Pulitzer material, by any stretch, but hell its a damn fine backbone for a game like this. 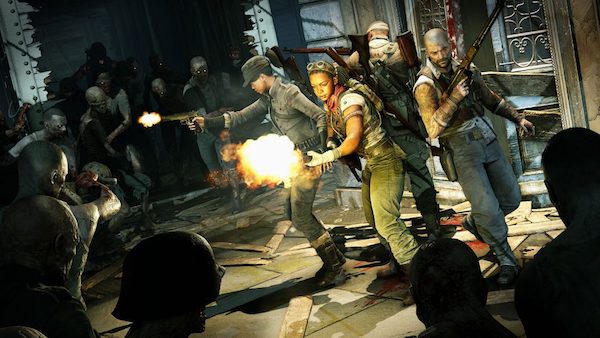 I went into the game expecting a first person Nazi shooter, I was happily wrong. The third person approach did have some minor issues for me. The inability to scale the camera in or out and the view sensitivity for two. This was a hurdle to get over as my character always felt too close and the swinging camera could do with calming down. A couple of hours in and I was over and past it, but definitely off-putting at the beginning.

Rebellion have gone all-in on this one

From the moment the menu screen arrives the game ‘feels’ like a good experience. First and foremost it never forgets that it is a game, Zombie Army 4 is there to be played. There are no loot boxes, there is no pseudo MMO floating around a hub world. There is game and plenty of it. 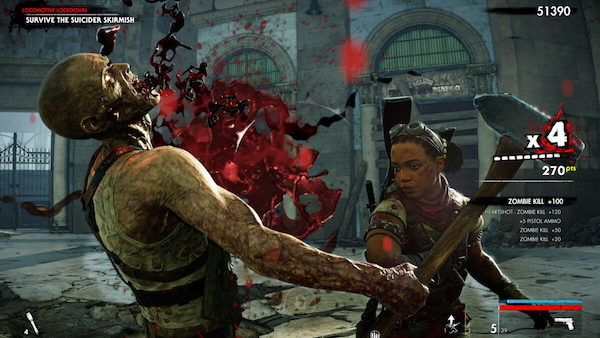 You want it? You got it! Basically its all here, the gunplay is satisfying, the environment is well crafted, the levels are meaty enough and peppered with environmental traps. There are challenges and collectibles aplenty and without being onerous they just encourage solid replayability. Rebellion know their craft and it shows, every aspect of the game’s presentation is a nod to classic movies or pop culture, the game never takes itself too seriously and is richer for it.

Solo fun or better together?

It’s a hard one to judge, depending on the gamer’s taste. I tend to play a lot of games solo, Zombie Army is no exception. But, the horde mode and being able to co-op the campaign just add to the fun. Like 2018’s Strange Brigade, there is a pleasure sure in being accompanied on these madcap adventures. The systems within the game world certainly tailor the experience, being able to set traps and strategise over vantage points can get fun when the zombie horde (literally) starts dropping in. 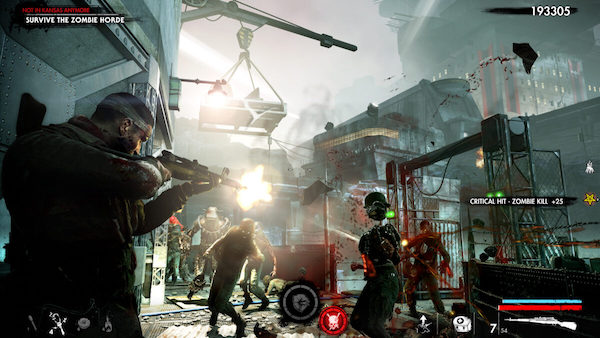 Getting through the levels is a pleasure, the narrative as expected is not  taxing, but the levels offer up decent environments. Often opening up alternate routes and putting you through your paces with basic puzzles or area challenges. The puzzles are often fetch – carry – protect, but they fit the world and do their job. Interspersed with a Boss or Mini-Boss fight, plus having close a Rift or two to advance further into the story, these moments while initially overwhelming can be beaten soundly in solo if needed.

The Husbandry of Zombie Army 4

Something sadly missing in some games and welcome here is the RPG Lite progression. Fighting the hordes awards points, points award combos and the points grow. Add to that the collectibles and challenges in a level and you start to gather steam. All these points go into ‘levelling’ your chosen character, with levels opening up Perks and Buffs that can be equipped, essentially allowing a tweaked build to your play style. Lovely.

It doesn’t end there, all the weapons and later some equipment mods can be upgraded too. By collecting Upgrade Kits in a Level you can visit a workbench. These are safely located in the between level Safe Houses, and certainly add punch to your preferred arsenal. 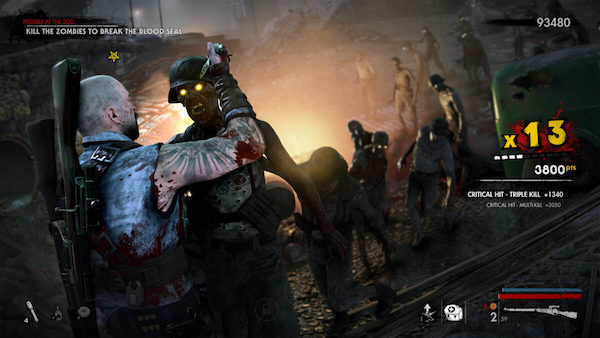 Swapping out weapons that have been dropped is fine on the fly, but you will become reluctant. When you’ve spent kits on upgrading the Shotgun and have to use a basic MP44. Getting your build right and finding a balanced weapon choice is part of the fun. Even then popping a crate and finding an electrical or fire based weapon attachment adds sparkle. Especially considering the fact that Zombie Army 4 offers a ton of satisfying replayability. I haven’t been through a level I wouldn’t happily go back to.

It might be the setting, it’s more likely the gameplay.

What does he really think?

It’s a game and fun one at that, if you want to play something alone or in a crowd with a big dumb grin on your chops. This is for you.

From the Sniper stalwart slow-motion x-ray camera that crops up and shows your nut busting shot in all its glory. To the environmental hazards, topped only by the zombified Great White, that you wake and watch as it munches happily on the braindead. 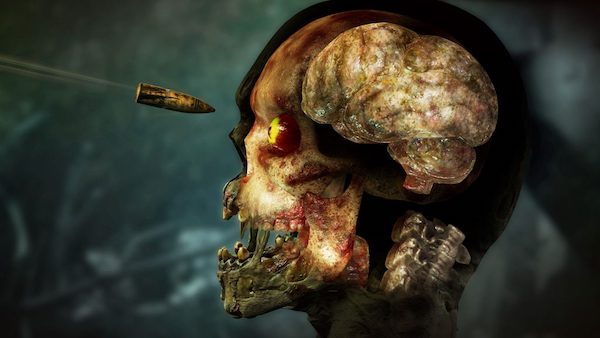 Zombie Army 4 has everything I want in a great title, there is no overwrought narrative that pushes me away, it has drive to be completed and replayed. I’m sure there will be plenty of like minded Nazi Zombie killers online to team up with for a long time. 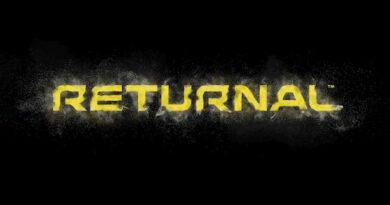 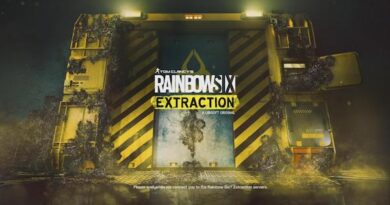 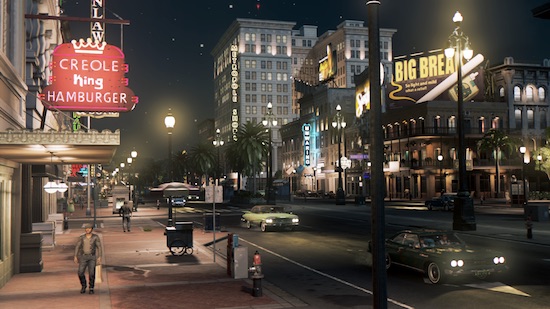