It doesn’t have to be this way, seriously. You have a good time with a game, start to feel the flow, level up your character. Then, BOOM, out of nowhere the music hits followed by some lummock with glowing hit spots. The Souls/Sekiro Crowd will be in uproar, but you know what there’s more to enjoyment than wasting hours on an end of level health bar. For examples of how to do it right see Uncharted 2 and the Tank or Pripyat in Call of Duty: Modern Warfare (the first one).

We also need to see Bosses degrade as they are attacked, feel the weight of you wailing on them. Limbs crippled, armour shattered, not just keep hitting the falling bit ineffectively until it dies. Too Human did it right with the Trolls.

I personally have been mentally scarred by the Gears of War 2 monstrous fish. Knowing what a Lancer could do to every other bad guy, but it couldn’t damage a golden glowing eye of a 20ft Fish. Fuck off.

See Pointless Boss Fights, yes they go hand in hand. But what’s the point of throwing out sudden mystical attacks that can’t be dodged when you cannot heal. I quite enjoyed Conan on the xbox360 right up until the most ridiculous unavoidable attacks at the end of the game send the disc to Trade In. You can scream ‘Git Gud’ all you like, but games are meant to be fun and some weirdo suddenly lashing out a 20ft tentacle without warning isn’t it.

The End of Level vehicle run.

For fucks sake, drop this one as soon as possible. You’ve stealthed your way through the enemy base until the final cutscene has you rumbled. Time to jump into/onto a handy car, truck, bike, boat, aircraft and run the gauntlet. The gauntlet being a road or river where the main Antagonist has coincidentally stationed all his crack RPG troops. Most manaical despots are pretty dumb, but this is just poor management. Especially when the motor pool gets involved and an array of identical trucks start appearing alongside you, bursting with armed goons. Goons that might be tooled up to invade a small country, but couldn’t shoot straighter than a Stormtrooper.

It has to stop.

Do you fall on the side of Right or Chaos, do you deliberate over worthy decisions? Who gives a shit, really? More often than not these kind of in-game decisions do very little to affect the outcome of the game. Yes, there are games with branching stories and multiple endings which only real die-hards or OCD crowd will see. These decisions are the mass market ones, the decisions that apparently let you guide your character on their own personal journey. It’s a smokescreen, filler, something to make you feel engaged. Please don’t.

Buying Loot from an NPC, then finding something better.

Happens all the time. Do we learn? No we do not.

Here brave adventurer, let me offer you this wondrous Sword of the Ancients, complete with flame blade, vampiric health boost and a luck boost! Having sold your good stuff, you buy it, equip it and find another one just like it in the next quest within about four chests.

Some resolve and self control can fix this, but, we’re an impetuous bunch.

Be it collectibles for Trophies or mundane fetch quests for levelling. Busy Work is a time filler, repetitive quests that grind rewards and eventually   open up a story path. It’s tiring, especially for people that have proper jobs, we work all day, do family stuff and then when its time to relax we’re working again. Come on, lighten up on the mundane please.

Racing in non-racing games is annoying.

Developers spend years honing their racing games to be slick experiences with nuanced controls. Other games like to throw in racing segments to piss me off. Generally story related and especially worse if you cannot progress without placing first. In this shitty Dune Buggy race that’s so stacked against you, luck is your only friend.

Please, stop throwing racing games into third person adventures or FPS games. I’m pretty sure most action heroes on a quest to save the whatever don’t drop everything at the first sniff of diesel oil. Well, Dominic Toretto excepted.

Learning the ropes with an established character.

Something that often  has me sighing into my controller. Let’s take Spider-man as an example, we all know Spider-man has moves and catches thieves just like flies. Well, in the game we pick up with Peter after a few years being Spider-man. A few years. Yet we spend most of the game learning his moves and adding his gadgets to his repertoire. What the fuck was he doing all that time?

It’s not just established heroes either, its everybody. Listen up! Give us the whole toolbox at the start, you drip feed the infirm, Gamers have a bit of nous about them.

You fight your way through an ambush, race across the rooftops of a shanty town, breach and clear the exit room. You burst onto the street hurting, breathless and exhausted, you see your ride and run to it as best as you can, taking fire.

Then the wanker in the drivers seat moves over so you can take the wheel.

Hang on mate. This isn’t right, why do I have to drive? Always. I look at the guy that moved over, he looks like he can drive, I mean he got here to pick me up for fucks sake. I shoot him, the screen fades to black and the game reminds me about friendly fire.

This spills over into big one to be honest. Sometimes I just want to be there alongside the team, I don’t want to be Point Man on every mission. Apparently we all went to the same Hero School, but they all copied my homework.

LEGO games are the absolute worst for this, you can’t really pick on Metroidvania games, because its their thing. What really gets my goat is playing a level and seeing the extras, the secrets you cannot open or unlock because you don’t have the right skills. You have no option, but to come back later and play eta level again with the right characters, that have the right skills.

Minor, but still annoying in video games, because I don’t want to be forced to come back and do it again just to unlock an extra character. Then you realise you need that character to unlock a secret in the level you are currently playing. It’s a vicious circle, again, give me the toolbox up front.

That’s my list, 10 annoying things in video games, maybe not everybody’s cup of tea, but it was fun to do. The biggest I’d say was the A.I. not driving, funny and annoying. 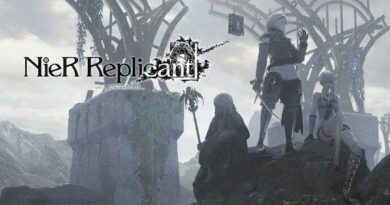 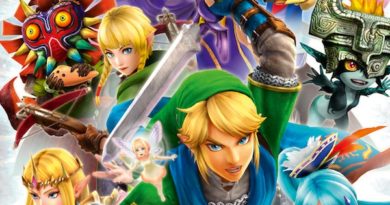