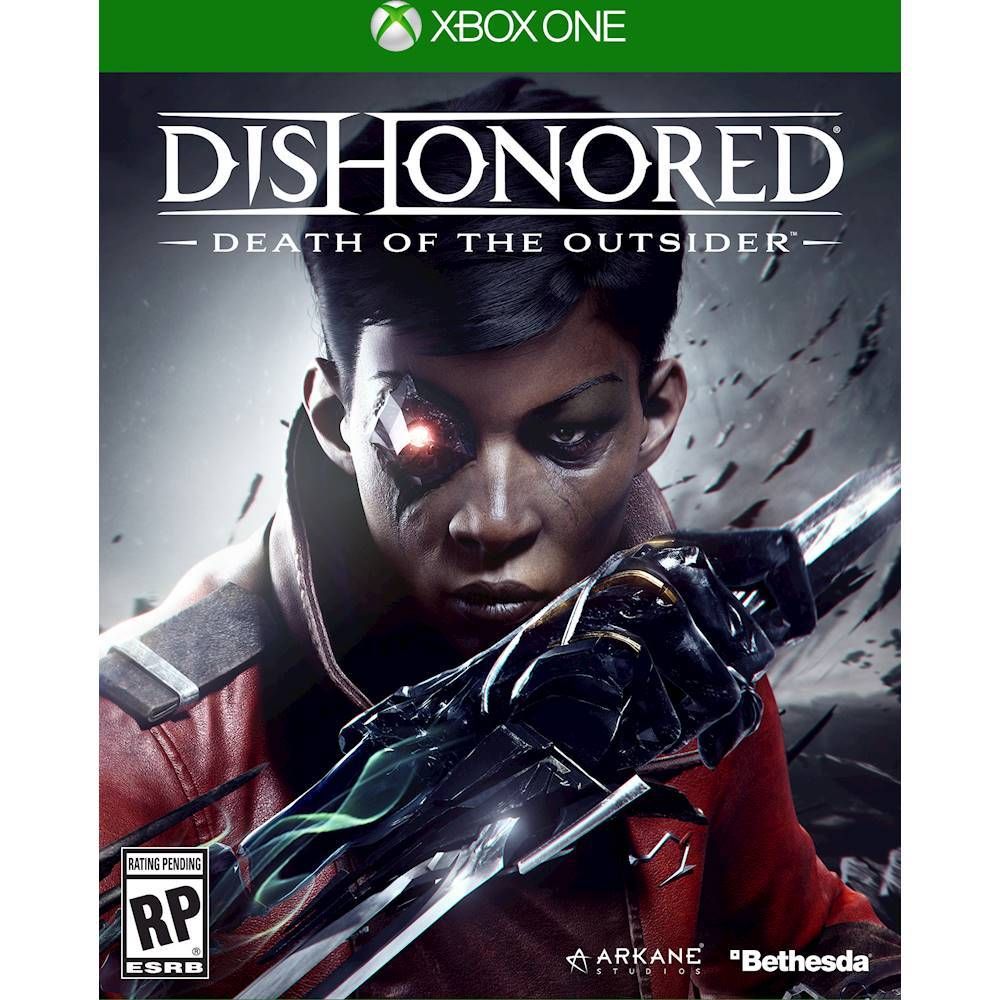 The Dishonored games are arguably the best stealth titles created in recent years. I actually struggle to think of any other stealth game series that allows players to move so fluidly through open levels and allows them the freedom to take on levels in interesting or unpredictable ways. The five year journey Arkane Studios have taken us on is coming to a close and to put a bow on the story of Corvo, The Princess, Duad and the all-important Outsider…is Billie Lurk.

Billie Lurk has actually been a constant throughout the Dishonored universe, first appearing in a very minor way in the first game. She is in fact Dauds (The man who killed the Empress in the first game and was the lead in ‘The Knife of Dunwall’ DLC) second in command, and later under an alias of Megan Foster, captained the Dreadful Whale, helping Corvo and/or Emily through Dishonored 2. She is an interesting protagonist for this stand alone DLC as she is neither good or evil, Billie is just a lethal product of a harsh world. She is probably best described as a career mercenary with no loyalties – except for one, the killer Daud – the legendary ‘Knife of Dunwall’. 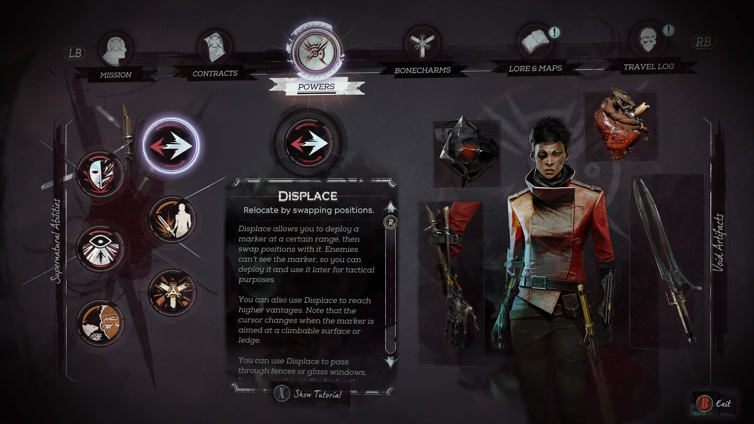 Set a couple of months after Dishonored 2, Corvo and Emily have left the Isles of Karnaca and now alone on her ship The Dreadful Whale, Billie has heard whispers that her master and last friend in the world, Daud, is being held hostage. Upon his rescue she discovers his life is coming to an end and his final wish is for the mysterious Outsider to finally be stopped. Daud asks that the god like figure behind the deaths of countless people and the person who has been pulling the strings on their society for years, should die. Billie Lurk can only but carry out her masters dying wish.

Aesthetically and mechanically this DLC is still very much a Dishonored game. Sneaking, magic abilities, open levels full of secrets are still at its core. Everything is a bit paired down compared to the full games though. Billie only has three magic abilities in her quiver, unlike the main titles which encouraged the player to chop and change multiple powers to suit the mission at hand. She has a Blink, but the teleporting mechanic is now called ‘Displace’ and has had some improvements to compliment its renaming. Dark Vision or ‘Foresight’ has been modified, allowing levels to be scouted ahead and targets marked. Both of these new abilities are really just refined versions of what are in the main games, but make the stealth gameplay far more approachable . The third ability was one of my favorites, its called ‘Semblance’. It allows the stealing an NPCs face, so you are able to walk among enemies for a short period of time.

All three abilities are easy to use and seemed more fluid to chain together than powers in the full Dishonored titles, allowing me to feel free to manipulate the game world and enemies with reckless disregard. A large part to that equation though, is also down to the ‘mana or magic’ bar needed to cast these spells …… it now recharges! No more hunting for elixirs to power-up your spells like the full games require. It is brilliant and well overdue. Arkane have finally done away with my only major complaint from the previous games! Also, as a bonus in the New Game+ mode, Billie gets the Dishonored 2 abilities Blink, Dark Vision and Domino…but with the same recharging magic bar.

Its called ‘DLC’, but is far more substantial than the acronym implies. The 8 hour campaign is spread across vibrant city blocks, a museum, a bank and a mine, all have a well-designed sense of place and overall scale that encourages exploration. Black market assassination contracts are also available to pad out levels and is the main way to earn serious money for upgrades.

The options of how to attack any objective are many, and Arkane have not skimped on level design or detail in any way, just because this is classed as ‘DLC’. I would in fact argue that the mid game ‘Bank Job’ mission, is one of the best Dishonored levels ever. It requires careful planning and cunning…..then extreme acts of violence! Everything I want in a stealth level. I have mixed feelings about the decision to do away with the ‘good’ or ‘evil’ chaos meter. So now, killing NPCs no longer carries any consequence within the game world. In some ways it is freeing to know that decisions don’t have to be made in binary, and can just occur as the game world presented its challenges before me.

The world of Dishonored feels real in a historical sort of way, however it is still different enough to peak my curiosity, tempting me to explore its nooks and crannies. I couldn’t help but take the time to eaves drop on conversations or read some of the notes and newspapers that litter the levels, just to learn about whats happening in this strange parallel world. I have loved all the Dishonored games and their DLC….I have played them all, more than once. So going into ‘The Death of the Outsider’ seemed very natural for me, however if gamers have not played the previous games it will put them at a disadvantage, as a lot of names and locations are mentioned and without context the story may fall a bit flat.

That said, it doesn’t change the fact that the core game mechanics are sublime and the narrative is very easy to come to grips with. All in all, this seriously robust stand-alone DLC package is a must play for any stealth fan.