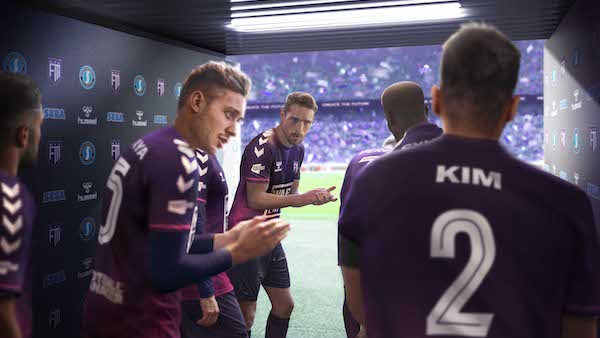 Football Manager 2022 brings me back to one of my most beloved genres. Having spent the best part of 40 years playing these games. All the way from Kevin Toms’ 1987 Football Manager, through my love affair with CM97/98 to here and today. Sports Interactive are way ahead in this game and it shows.

It’s been a journey. I’ve been sacked (a lot), and I’ve won a fair few competitions. It’s a journey where I’ve also made and lost millions over and over, not forgetting seeing raw talent becoming world class stars. Football Manager games give you a healthy dose of fantasy to cling onto, you can take your time and think. They are games where you can reap the rewards and feel real elation when your team comes good for you.

Yes.It’s make believe and even the best of them look like a spreadsheet, a keen eye soon learns where to look. But, once you’re under and engaged with these players it all starts to become important, to you, personally.

Great expectations, vs. the Time Poor.

Let’s be open, I haven’t finished my first full season. I had access to the beta for a couple of weeks and now the game is officially released I’m still going. For clarity the pre-season took 2 whole evening sessions to get up to speed, friendlies played and transfers lined up. I would like to have regaled a story of my first full season back at the helm of Lincoln City. A team that only has bearing for me in the world of CM97/98, but no, we’re just getting into the New Year and the playoffs are still a way away.

There are a couple of reasons for this. Mainly the game, but also life is different. In my twenties I could spend most of a weekend cracking out a couple of seasons, going to the pub for an hour while my 486 pc worked on a season update. Now I have responsibilities. Work, Mortgage, home life, kids to feed, etc. That’s the reality, the harsher side of that reality is the game. It’s so bloody demanding, but in a good way.

Basically Football Manager 2022 is literally putting you in the shoes of a new manager. You think you had a busy day at work? Forget it. There is a wealth of essential stuff on offer here, including a pseudo Social Media generator complete with Trolls. The inbox alone will scare some people, having emails you have to attend to that day will terrify others.

I’m not a details person.

Back in the day we would ‘lob out’ regular teams with abandon. Tactics were there to be tweaked, players for buying and the occasional injury could disrupt a good unbeaten run. These days, shit is real. Managing a club gets you the keys to every department, apart from setting the price of pies and how much salt goes on the hot chips.

Backroom staff are essential and Football Manager 2022 expects you to hire or fire this team as much as your players. Having a solid Assistant Manager that you can delegate to is essential, bear in mind they need to get the job done right. Same goes for Coaches, medical staff, even a data analyst team, even at a low level club like Lincoln City. At first it can be bewildering, a word I’ll be using a few time I gather. Every department and employee feeds into your inbox. There are meetings to attend, reports to review and decisions to make. All of these employees are working to help you, how you take their advice is the key to success.

Delegation is key pretty early on. Unless you are a micro manager (don’t we all love them) you will be swamped in minutia. Hand over the stuff you can, training schedules is something I’ve given up on years ago. As soon as I can, it’s off to my Assistant and Coaches. Just tell me how well the boys are doing. Unless someone needs talking-to, then get me involved.

Football Manager 2022 has upped the ante when it comes to personal interactions with the team. Morale was always an annoying mystery, a good player could be miserable, an average player could be ridiculously positive. These days they tell you what’s wrong, maybe a little too much. Team dynamics affect who likes who, ad whether they play better together. However if something is really bugging them, the previous little loves, and they generally are, will voice their concerns.

Here’s a scenario, my Assistant (no longer with us) suggested I change the standing of a player that was slipping into being a benchwarmer. Fair enough, it was practical so I went ahead, changing his status from First Team. What followed was a domino effect through the team, after my initial chat with the player to reason with him went from a calm chat to a stand up row. He then annoyed other players and got two more on-side. This led to a dip in team morale for a few weeks while I won back their favour. I also changed his status back, because I gave him a few games, which caused other players to troll my managerial ability. It’s a minefield.

Then the Press had a field day with it. Journalists (love ’em) derailed a pre-match press conference and harassed me about my decision. Deflecting was not good enough, so I picked a stroppy answer and found myself hitting the headlines. This stuff is actually quite fun, but it does string out what happens between matches.

What about the breadth and depth Brian?

As you’d expect from a Sport Interactive title Football Manager 2022 comes with an enormous database. If your knowledge is current you won’t be disappointed and this comes from someone that is constantly reliving the Soccer world of 1997. The beauty of the game is being able to choose your destiny, take a high profile club with all its trappings, but success and failure will be pretty close together. Whereas the lower league teams Appreciate you successes more and give your failures a touch more leeway.

Every new save is a different journey and that’s where the appeal of the genre comes from, blurring the line between real and fantasy. you have control over a make believe world that has one foot in the news around you. I’ve lost count of time that these games have had Managers or players making moves that happen in life, In fact any Football Manger game is the biggest, most comprehensive Open World game you could ever play. In that respect, its also the only Open World I don’t bounce off after a few hours.

Data takes a key stand too, having analysts on staff means you get all sorts of Power BI style visualisations to aid your decision making. Undisputedly the real world creeping in to every aspect of the game. There is no stone unturned when the developers want to give you absolute control.

I don’t know how you can convert the uninitiated, but once a Manager game gets its claws into you you start to care about the familiar names on your screen. They take on personalities in the match commentary, and even more so now with the personal conversations. If ‘Better than Life’ from Red Dwarf was ever a reality…

Keep it on the pitch Dave.

It’s not all plain sailing of course. The default colour scheme gets hard on the eyes after a while and the sheer amount of text and data being thrown at you makes for some eye-straining reading. I’m short sighted and wear some pretty strong glasses, and I struggled. Playing on a Mac (yes, I know what Viva La Dirt League would say) the game runs fine, but I wish there was less on the screen and everything was a bit bigger. There are plenty of customisations to be fiddled with though, once I clear my inbox.

The match engine is spectacular, running out of the gates with extended highlights I’ve happily sat through a few matches. Being a purist I always default to the CM97/98 text commentary, but Football Manager 2022 has delivered. The matches are presented in 3d and they are on a par with Fifa or PES a couple of years back. Animations are comprehensive, deft touches and runs are obvious, it’s a pleasure to watch. If time is critical you can pare back the highlights or just go text only. Considering there is a wealth of data being presented during each match its just as well if you Manage by stats rather than on field action.

Again your Assistant delivers during the match, making suggestions for tactical changes or substitutions. If like me, the 90mins goes by too quickly, it’s a gift to be able to agree on the spot. That said if the panel showing suggestions is full of news, a substitution can scroll by before you acknowledge it.

Where will we be after Extra Time?

Football Manager 2022 has brought me up to date. Since my last ‘new’ title was back in 2012, I’ve more often than not been back in CM97/98 for its pure simplicity. This game brings so much to the table that it needs to bring a table of its own. If, after a hard days work you like nothing more than coming home and having a whole second job complete with irritable Bosses and endless emails, go for it. Yes, it’s a demanding game, and there are many balls to juggle, but it delivers when things go your way. Especially now, winning a big cup tie isn’t about the ticket sales, the prize and the next match. The reward comes from everywhere, the fans on Social Media, the Press and even the clubs ex-players citing your prowess.

I’ve said it before and I’ll say it again, if you haven’t experienced winning a big match with an injury time goal, then you won’t know the satisfaction a Football Manager game can give you. Yes, there are lows and frustration, but the highs are worth the ticket price.

This article could and should be 10 times longer, but if you care enough to be here right now, you’ll have the answers you need. Go get ’em tiger. 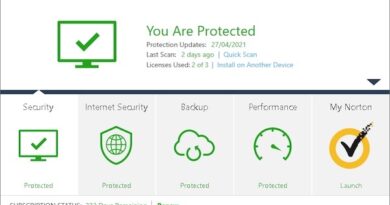