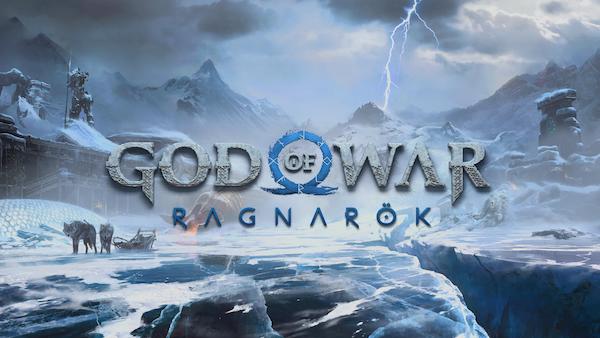 God of War (2018) was one of the stand-out games of the PS4 generation. The next entry, God of War: Ragnarök has finally arrived on PS5 and once again Kratos and his “Boy”, Atreus, have a new adventure through Norse mythology. After almost 20hrs I can say with confidence, it will be atop many Game of the Year lists in 2022.

Set about 3 years after the events of God of War, Kratos and Atreus have been hiding in Midgard from Odin and Freya after killing their son Baldur. Odin and Thor pay the father and son a visit and they are forced into a mission. To find a way to beat Odin and win the impending, world ending war. Ragnarök.

As with God of War (2018), the story and character development in Ragnarök is brilliant. So any detailed exploration by me, on what’s going on ends here. This review is totally spoiler free. Suffice to say, the story is again…excellent on all fronts.

Dynamic personalities, relationships, action and all in buttery smooth HD.

The dynamic of Kratos and the young Atreus evolves, as Atreus tries to finds his own identity. Now with a smidge of teenage angst in the mix. I sympathised with Kratos again, as he navigates this new teenage god-ling. Balancing his sons freedom to be a young man, while trying to keep him safe. And the friends and enemies they meet through their journey are also all beautifully written and voice acted, again.

Graphically the game sings. Buttery smooth 60fps, with up to 120fps if your TV can do it (mine can!) and dynamic resolution to maintain frame rates. That if I’m honest, still looked like it was 4K the whole time…it seemed that good. Oh, and the single shot cinematic camera returns….as ever it’s just amazing! No cuts, edits or fadeouts through the entire experience.

The various realms of the Norse world have such unique styles and colour palettes, and as I moved through the story, I was constantly being treated to a new spectacle for the eyeballs. It really is an amazing achievement considering that much of this game was developed amidst a global pandemic. A credit to all involved.

The gameplay of God of War Ragnarök is very similar to the 2018 game.

There have been some tweaks to make combos easier to pull off and the skill trees have been simplified thankfully. The combat now has a stronger focus of prock-ing damage increases and de-buffs to enemies, primarily by way of elemental effects. For example; setting an enemy on fire, then makes them more susceptible to damage from Kratos “Frost” axe. These strategies have many facets and the game constantly adds to player choice in combat with new skills and elements. By extension, the weapon runes and armour buffs play off each other in a far deeper way compared to 2018. Which is great, as there is now a ‘lite’ version of build crafting as the game progresses.

Environmental puzzles, chests and loot are very similar to the previous game. With the familiar Dwarven blacksmiths returning too. Sindri and Brok use the resources from around the worlds to create new armour and weapon mods. The menu system to manage these processes, and other in-game systems has improved from God of War (2018), but it’s still not totally user friendly. Beautiful and aesthetically pleasing, no doubt, but the mechanical navigations of menus still don’t feel as intuitive as I would have hoped.

Epic shenanigans to uncomfortable silences and everything in-between.

I think what I liked about the new God of War series, is the way the games are an epic adventure. Spanning magical realms, Gods fighting Gods, the fate of the world in the balance, that kinda stuff. Just epic in scale, but all the while still grounded in subtlety too. Simple scenes of a a father and son struggling to grasp each others points of view, with uncomforatble silences that speak volumes or group of friends having a meal around a table, just talking and enjoying each other company. All these smaller, tangibly less “epic” elements, carry just as much importance to the game world, as the prospect of “the end of days”.

God of War: Ragnarök is very similar to the 2018 reimagining of God of War. Simply put…it’s another masterclass example of game development from Santa Monica studios. It looks and sounds amazing. The combat gameplay is as deep, or as shallow as one wants it to be. The accessibility features, which Sony first party studios have become famous for are outstanding. More importantly the story and character dynamics between Kratos and Atreus flow seamlessly on from 2018’s game to tell another epic yet touching tale. Something which is unique to the story telling medium provided by video games.

I loved it and will it certainly be in the mix when I’m trying to label my Game of the Year for 2022.