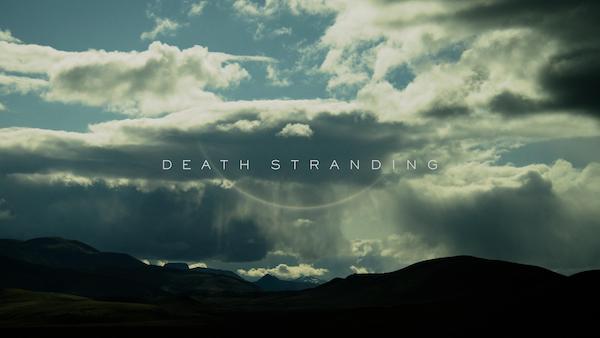 Death Stranding Directors Cut is an odd descriptor for the re-release of a Hideo Kojima game. Kojima is renowned for being that unbridled Game Director with creative freedom aplenty. So, one would expect a game he made was already his “cut”.  And I would argue this was especially true regarding the genre bending, Postman Pat simulator, Death Stranding. Rest assured, Kojima has confirmed that this “sub-title” is essentially a Sony Marketers attempt of saying, this is the PS5 remastered version of Death Stranding with a few extra bits.

Unlike other actual Director led re-hashes of releases, like the “Snyder Cut” of Justice League for example. There are no massive changes in the “Kojima Cut” of Death Stranding. Which for me, as a fan of the original Death Stranding and frankly of Kojima being the cultural touchstone of video game creativity that he is, was great news. I would have been gutted to learn that the game I played in 2019 wasn’t Kojimas desired vision.

The review happened in 2019, the polish is here and now.

Now, this won’t be a full blow by blow review, as Death Stranding Directors Cut is at its core the same game I reviewed in 2019. (So check out the video review for my wider thoughts on the game and story HERE.)

It’s not to say the The Directors Cut is not a welcome addition to my PS5s gaming library though, far from it. The PS5 remaster looks brilliant on my next gen beast and a 4K TV. Its upgrade to 4K graphics and silky 60fps has if anything reinvigorated my love for this game. Not to mention the minor quality of life improvements, such as larger onscreen text size which is a very welcome addition to a couch gamer like myself.

The PS5s SSD has reduced loads times to a few seconds and Dual Sense haptic triggers have had a thorough implementation too. For example, when Sam has a particularly heavy load on board, gripping his packs straps with the left/right triggers has always been a balance assist, to avoid costly tumbles. The triggers now push, pulse and click alternatively as the shoulder straps on Sam’s back groan under the massive weight.

So subtle, but immersive as hell.

DLC or not DLC? That is the question.

The Directors Cut additions to the original 2019 game, feel more like patch content or small DLC packs which have just been folded into the main game. New missions including a subterranean facility which has very strong vibes of previous Kojima games…(!)…wink, wink. Score attack modes for boss fights, a race-track mode, shooting range, new weapons and new music tracks to enjoy.

Highlights are new equipment for deliveries. A catapult for firing packages long distances, a bipedal carrier bot featured in the original game, but now is a proper tool for Sam to use as a pack-horse….. and the Booster Pack!

Oh, I LOVE the booster pack!! It attaches to Sams pack and lets him jump across crevasses or off cliffs, and land without issue. It is just a fun addition and rewards a careful ascent up a steep hill or mountain range. Combat is a less than common affair in Death Stranding, so the VR shooting range is a nice addition, letting me blow off some steam and shoot some stuff when I can’t face a long arduous journey with Sam in the mountains.

The Directors Cut content has some fun additions and the graphical improvements are awesome. So any past “Bridges Couriers” should certainly come back and try it out, you won’t be sorry. The Directors Cut won’t however, win over anyone who bounced off this Kojima guilty pleasure back in 2019. The core game remains unchanged. It is still about delivering the mail and at times fighting tar monster-things.

For me, Death Stranding was one of my games of the PS4 generation, and it can now live on in 60fps perpetuity on my PS5. I love that Kojima gets to make these massive AAA budget games, with all the quirk and nuance usually reserved for Indie Studio titles. Death Stranding: Directors Cut is the ultimate culmination of this bat-shit methodology and I just want people to try it, as I adored it 2019 and still do in 2021. 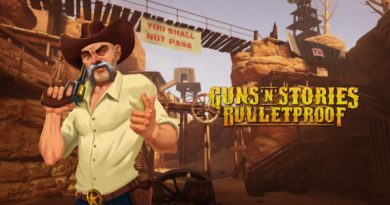